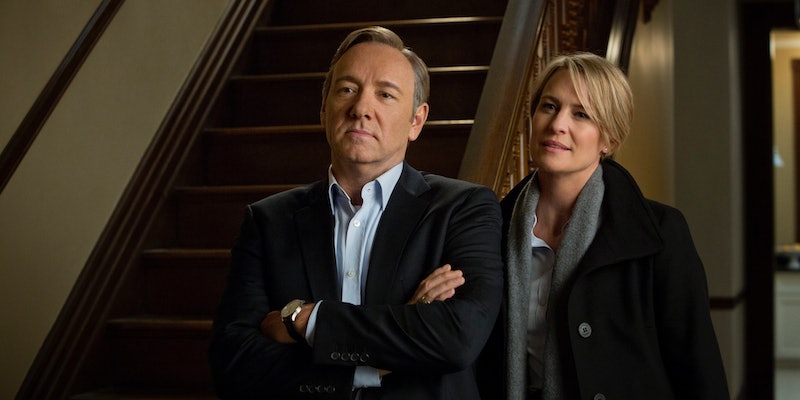 You can admit it now. You read books and you like television. It’s not a crime. Good stories are good stories, whether they’re on the page or on the small screen. But we all know that truth often trumps fiction in the strangeness contest. Maybe sometimes, while you’re sprawled on the couch, binging on Netflix, you think to yourself, “I wonder if that really happened.”

That’s the beauty of reading true crime. It’s also what makes it terrifying and, if you read the right books, addicting. Assuming that all true crime is synonymous with the bargain bin mass market paperbacks you can buy while waiting in line at the grocery store (like I Knew I Had to Kill Him or ‘Til Death Do Us Part: A Murderous Marriage or even Surviving a Serial Killer: A Tale of Triumph —actually, I made all those titles up, but they could just as well be real) does a disservice to the genre.

Well-researched, compelling true crime is some of the best nonfiction out there. The books that resonate the longest — like Truman Capote’s In Cold Blood or Norman Mailer’s The Executioner’s Song — are well-deserved classics because they’re about more than the nuts and bolts of murder. True crime has the ability, in the right author’s hands, to touch on so many key social issues, from racism and poverty to the very idea of the nature of evil (no one will ever agree on the definitive answer to the last one, by the way).

If you’re a TV junkie who’d like to add a little reality to your media diet, here are nine exemplary true crime books to get you off to the right start — and a little guidance on exactly where to dive in:

To get you going, let’s start with a no-brainer. David Simon, the brilliant mind behind HBO’s The Wire and Treme, started out as a journalist who was one of the first to chronicle the staggering death toll in Baltimore: twice every three days, someone is shot, stabbed, or beaten to death. Simon’s 1991 book served as the basis for the television show of the same name (which you should also watch) and his 1997 work, The Corner: A Year in the Life of an Inner-City Neighborhood, became an award-winning HBO miniseries (again, add this to your queue). And then, in 2002, he created The Wire, also set in Baltimore. Simon, who served as show runner, executive producer and head writer for The Wire, focused each season, five in all, on different aspects of life in Baltimore. Just like in The Wire, Simon’s seminal work throws you head first into every aspect of the Baltimore streets, from drug dealings to the role of the media itself.

Charles Manson sets the bar for sociopathic, charismatic cult leaders with murderous followings. And Bugliosi’s landmark 1974 book is one of the most comprehensive portraits of Manson and his “family,” who murdered eight people — including Roman Polanski’s pregnant wife, Sharon Tate — in July and August of 1969. The title refers not only to the Beatles’ song of the same name (one that Manson was convinced contained coded information) but also to the supposed impending apocalypse that triggered the murder spree. If you’re in the mood for even more Manson madness, Jeff Guinn’s 2013 work, Manson , rounds out the picture of one of the country’s most well-known criminal figures.

Most of you probably know this opening by heart: “In the criminal justice system, sexually based offenses are considered especially heinous. In New York City, the dedicated detectives who investigate these vicious felonies are members of an elite squad known as the Special Victims Unit. These are their stories.” Robert Kolker’s Lost Girls is the perfect segue from television to real-life crime. He chronicles the lives and grisly deaths of five escorts, all of whom met their doom on Long Island, likely at the hands of a still at large serial killer. What makes Lost Girls even more compelling is that Kolker spends so much time delving into the backgrounds of the murdered women — he never lets their professions define them. But the fact that they were all sex workers, some with more experience than others, forces the reader to confront the reality of victims who are often intentionally forgotten or brushed aside. It would be great if Detectives Benson and Stabler (because who doesn’t miss Elliott?) could solve this cold case.

Then read Ann Rule's The Stranger Beside Me

Sure, you think you know your workmates. Larry has tuna salad every other day and you want to throttle him. Jane is always on Facebook and still makes more money than you. But maybe that sweet looking guy answering phones at the desk next to you is not a man to bring home to meet you mother. In fact, he could be a serial killer. Veteran true crime writer Rule chronicles her time working the phones at a Seattle crisis line in the early 1970s, where she bonded with her charming coworker. That man was Ted Bundy. Rule escaped the fate of Bundy’s numerous victims because she wasn’t his “type.”

Technically, this is cheating because Psycho is a novel, not a work of nonfiction. But Bloch based the twisted life — and crimes — of Norman Bates on the infamous killer Ed Gein, who murdered two women in the 1950s and had a penchant for grave robbing and fashioning clothing out of human skin. If that particular blend of crazy sounds familiar, it’s because Gein also inspired Buffalo Bill in Thomas Harris’s The Silence of the Lambs. Remember, put the lotion in the basket and you might escape becoming another patch on a flesh quilt.

If remote islands and daring escapes are your thing, there are few books better than Carl Hoffman’s disturbingly compelling take on the 1961 disappearance — and, he argues, murder — of 23-year-old Michael Rockefeller, a member of one of the twentieth century’s most powerful families. The son of Nelson Rockefeller set off to the wilds of New Guinea to collect what was then referred to as “primitive art.” But after he vanished, rumors started circling about his gory demise (hint: the subtitle of Hoffman’s book is “A Tale of Cannibals, Colonialism, and Michael Rockefeller's Tragic Quest for Primitive Art”). Hoffman retraces Rockefeller’s steps through the swamps of New Guinea, where the Asmat tribe lives, their existence mostly untouched by Western civilization. This might not be the best book to read if you were, say, flying to New Guinea yourself tomorrow but from the comfort of your couch, this is a compelling, tragic tale not to be missed.

Scandals in Washington D.C. are nothing new — isn’t there a show that deals with precisely that subject? We’ve become nearly immune to the stories of cheating spouses and underhanded wheelings and dealings in our nation’s capitol. But the 2001 disappearance of intern Chandra Levy and the immediate accusations against Congressman Gary Condit. Were they having an affair that ended in murder? Or was Levy simply at the wrong place — namely D.C.’s Rock Creek Park — at the wrong time? It wasn’t until 2008 that an investigation succeeded in finding Levy’s killer (no spoilers here). If you’re a fan of House of Cards and the numerous backdoor deals that Kevin Spacey’s Frank Underwood initiates, you’re sure to enjoy reading this insider account of politics and murder.

Then read Bella Stumbo's Until the Twelfth of Never

These shows are about creating — with the help of carefully scripted interactions that are meant to appear genuine — the perfect storybook ending, oozing with love and commitment. But maybe you’re in the mood for something a little more in touch with the real world, where “’til death do us part” is often taken literally. In Bella Stumbo’s Until the Twelfth of Never , a jilted wife, Betty Broderick, took revenge on her cheating husband and his new wife by shooting and killing them both. The 1989 case is especially fascinating because of the polarity of public opinion: some considered Betty Broderick the embodiment of the sanctity of marriage while others see her years-long abuse of husband Daniel and their eventual divorce, which left Betty with a considerable sum of money, as the prelude to a deranged act of murder. Sadly, Stumbo passed away before she could include the juicy bits from Betty’s 2010 parole hearing (hint: someone is still in prison) but her detailed account of the case is definitely worth reading.

Then read Rebecca Godfrey's Under the Bridge

Maybe teens with deep, dark secrets are your TV drug of choice. All the girls in Pretty Little Liars have a lot to hide, some of it punishable by law and some punishable by the arguably more extreme form of penalty found in the halls of high school. The teens at the heart of Godfrey’s take on the 1997 “Schoolgirl Murder” in British Columbia have plenty of secrets. Chief among them is the fact that the seven girls and one boy who savagely beat 14-year-old Reena Virk and drowned her under a bridge managed to keep mum about their actions for over a week. Just like so many TV outcasts, Reena was desperate to fit in with the supposed “cool kids” and she paid the ultimate price. Godfrey, who mixes novelistic suspense with a journalist’s key eye for detail, does a terrific job of presenting the facts and letting readers decide how to judge the accused.