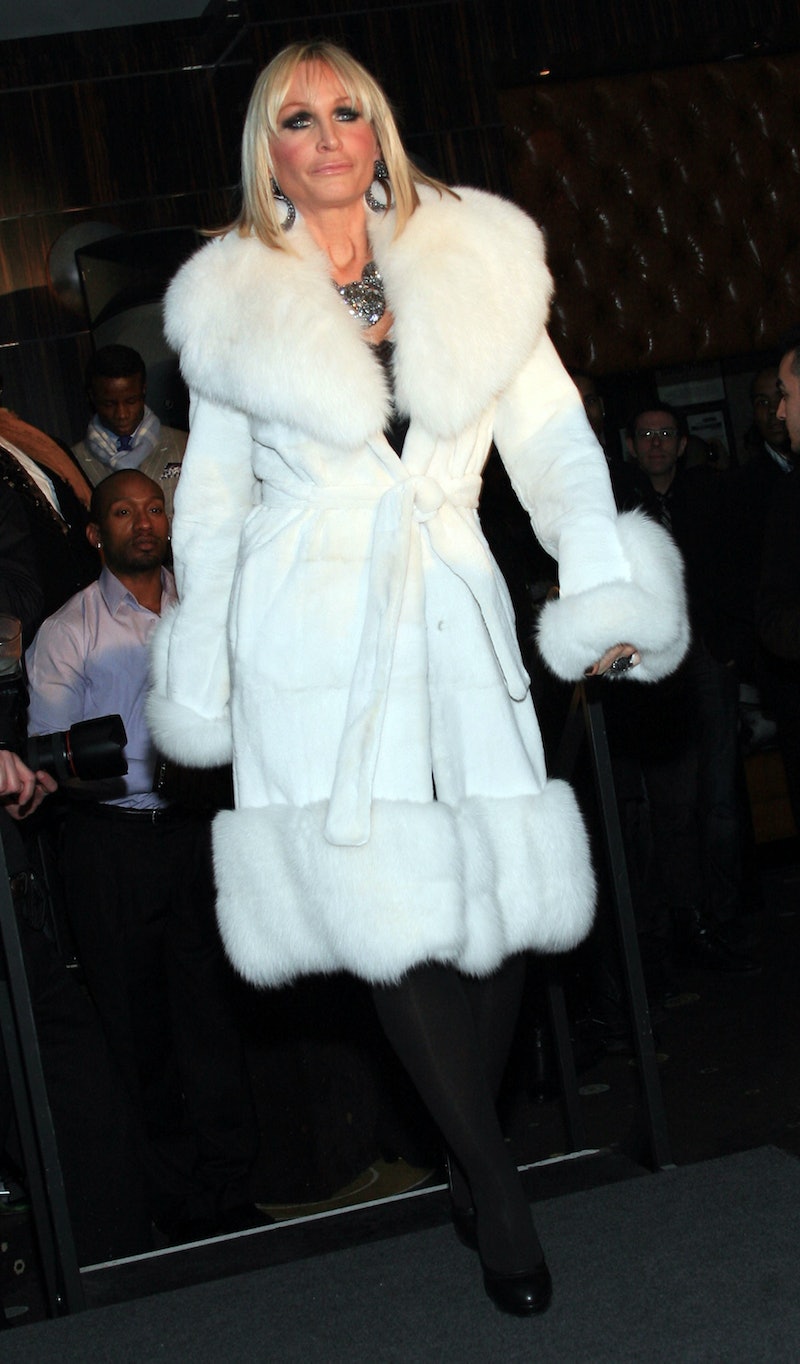 When we last saw the infamous Kim DePaola on The Real Housewives of New Jersey , Caroline Manzo was getting all up in her grill, screaming at her to stop meddling in the Giudice-Gorga saga of betrayal after betrayal in the Season 5 finale. It was just the latest hijinx from the perennial pot-stirrer, who also disingenuously befriended Danielle Staub in Season 2 and was involved in spreading rumors about Melissa Gorga's past stripping career and infidelity to her husband Joe. And, oh yeah, basically every RHONJ fight takes place at a Posche event of some sort.

Unfortunately, good old Kim D., as she is lovingly known as on the show, will not be returning for Season 6 of RHONJ . We're just going to have to rely on some other rando with seemingly nothing better to do to cause some trouble this season. Why is Kim D. not returning for another dose of drama? We don't really have an answer to that other than what Kim D. told The Star-Ledger. "No one can bring drama like a Posche fashion show," she said. "I think it's going to be a different kind of drama. I've moved on."

Do I detect a hint of bitterness in that quote? Perhaps. Still, Kim D. has kept herself plenty busy even though she hasn't been at the center of the drama as usual on RHONJ.

Shortly after the RHONJ Season 5 finale, Kim D. attacked Caroline... on Twitter, of course. Kim D. called Caroline out for being a liar and accused her husband Albert of being unfaithful in a tweet that has since been deleted.

Outside of all of the petty Housewives drama, Kim D. found herself in some real legal trouble when jewelry designer Constantino Frangopolous filed a lawsuit against her for allegedly going back on her agreement to promote his jewelry line on RHONJ and instead selling them online and in her store as her own designs. Frangopolous was seeking lost profits from Kim D. and the show. Kim D. called Frangopolous "delusional" and said she never heard of him. Speaking of jewelry, Kim D. does have her own line of cuffs that she launched on RHONJ in a lost footage episode. At the time Frangopolous sued her, Kim D. was considering filing a defamation lawsuit.

Apparently nothing short of a miracle occurred, and Kim D. has actually reconciled with some of her former enemies from RHONJ. Jacqueline Laurita and Melissa have both shopped at Posche since filming on Season 5 wrapped. Either they just love the offerings at Posche that much or Kim D. has given them a lifetime supply of free clothing from the boutique, although I would have thought that kind of offer would be a deterrent for them.

Other than all of that excitement, Kim D. has lived a pretty normal life since leaving RHONJ. Well, as normal as it can be for her. She makes appearances, takes photos of her dogs, and is prepping for the Posche Fall Fashion Show in September, although there will not be so much as a weave pull to look forward to now that it probably won't be a part of a RHONJ episode. Sigh.

Oh, and Kim D. is actually an award-winning TV personality now. Fans voted Kim D. the "Best Supporting Agitator" in the first-ever Real Housewives Awards. Yes, that's a thing. I think we can all agree that no one is more deserving of that title than Kim D.