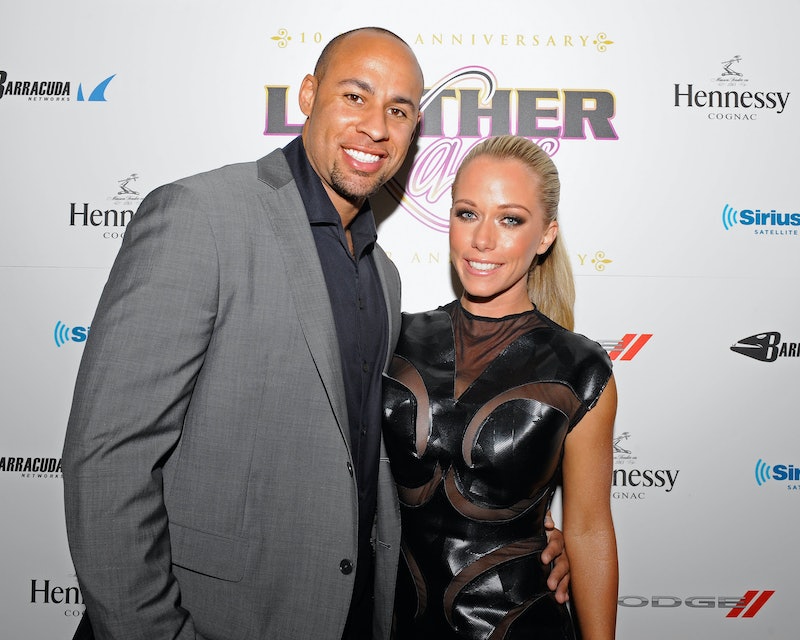 With all the rumors surrounding Kendra Wilkinson and Hank Baskett's allegedly troubled marriage, it's become increasingly difficult to decipher exactly how Wilkinson plans to deal with the fallout from Baskett's alleged affair. And maybe that's exactly the way she wants it. Last week, her "I'm Not Sorry" T-shirt convinced me that divorce was inevitable. But the reports of Wilkinson, Baskett and their son in Costa Rica paint a different picture.

This might seem like a reason to dispel all the divorce rumors, but declaring them a couple on the road to marital reconstruction feels a bit premature. TMZ reports an eyewitness' claims that the couple were friendly to each another and that there wasn't a film crew present, which may give credence to rumors that this entire scandal is a ratings ploy for the season premiere of the couple's reality show Kendra On Top. It may be difficult to consider a less cynical take on the situation, but maybe, just maybe Wilkinson and Baskett spending family time together has absolutely nothing to do with superficial motives and everything to do with saving face.

For a couple who voluntarily broadcasts their personal lives for a paycheck, the intricate weaving of personal and business affairs is likely designed to confuse anyone who's on the outside looking in. The trailer for the season premiere of Kendra On Top reveals the marital issues will be a part of the storyline. Maybe they're simply playing it cool because they don't want to make firm statements about the state of their marriage. Or maybe they're more business-minded about the ordeal, and they don't want to spoil what may be revealed on their show. That may sound awful and slimy, but it's reality TV, so nothing is too far-fetched.

Finally, the couple spending time together may just be a sign of resolve, but not to restore the marriage. Since news of Baskett's alleged infidelity broke a couple of months ago, perhaps they've had enough time to come to a point where they won't let their individual feelings get in the way of co-parenting, even if the future of their marriage remains unclear.