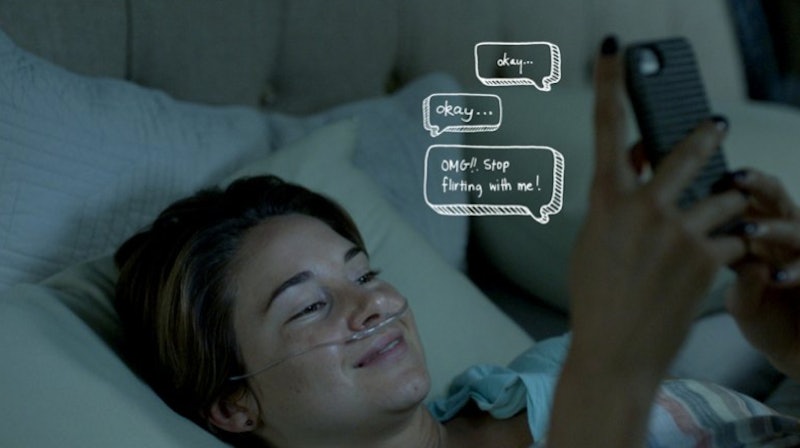 The texts-on screen is to modern film and television what the split-screen phone call was for decades. But it didn't just pop up out of nowhere: Like any new technology or mode of storytelling, things like text messages and our general use of the Internet went through an evolution right before our eyes — particularly in how we translated it all into an onscreen experience that felt natural and accurate. But not everything can be House Of Cards or The Fault In Our Stars : plenty of productions still make the Internet age seem clunky and weird.

All of this is explored in Tony Zhou's video "A Brief Look At Texting and the Internet In Film." It shows how and why productions like Sherlock an the aforementioned House Of Cards gets the Internet so right — and why the wacky fonts and prolonged shots of phones seen on productions like Pretty Little Liars often feel so off. This is where good art direction comes in handy — and the bonus is that it actually saves productions money to go the Sherlock route and put the actual texts of text in in post. And come on, doesn't the effect just look better?

As Zhou notes, too, it "allows [directors] to combine action and reaction into the same frame."

Zhou also discusses how film and television shows us the Internet — and it's a realm no one's really nailed yet. He brings up the desktop film — a form that hasn't exactly reached popularity yet, but that pretty effectively mimics what being on the Internet actually looks (and maybe even feels) like. Entire popular books have taken place in the form of text messages, emails, and other technology-based areas, so it seems like only a matter of time before some movie hits it big while making use of the cinematic equivalent.

Take a look at what Zhou has to say: