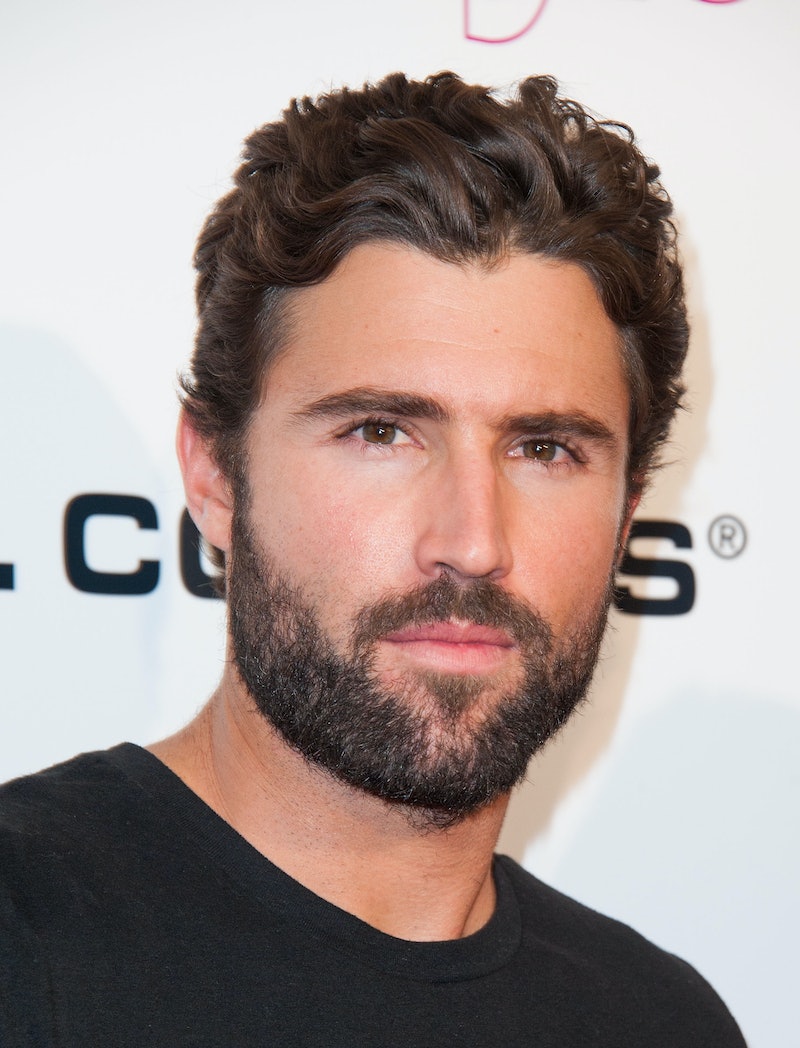 But Jenner's particular list of exes includes both Lauren Conrad and Kristin Cavallari, who, as stars of the early-2000s relic The Hills, have each committed countless fashion ills of their own. Although those women are probably cracking up at memory of once kissing Keeping Up With the Kardashians supporting player Jenner right about now, I'd make the claim that there are at least a few fashion moments from The Hills that are not just equal to, but worse than Jenner's current facial hair. I mean, this was the era of fake tans, rhinestones on everything, and fabric-covered headbands. Those things can definitely be considered more heinous a fashion crime than an awkwardly sculpted mustache. Don't believe me? Allow me to submit some entirely convincing evidence in the form of five terrible fashion gifs from The Hills.

But first, here's Brody Jenner in all his mustachioed glory.

Dude, the Puma hat is not helping.

I do, it's your bouffant ponytail stuffed into that fabric headband.

I can't even talk about the gel manicure and platinum blonde dye job.

Hi, layered necklaces. I see you there.

It's a halter. That's brown. I rest my case.

As if a strapless ruffled dress wasn't bad enough, this one had to go ahead and feature a boob ties. HAWT.

See, Jenner doesn't have anything to worry about. But he should shave off the mustache.