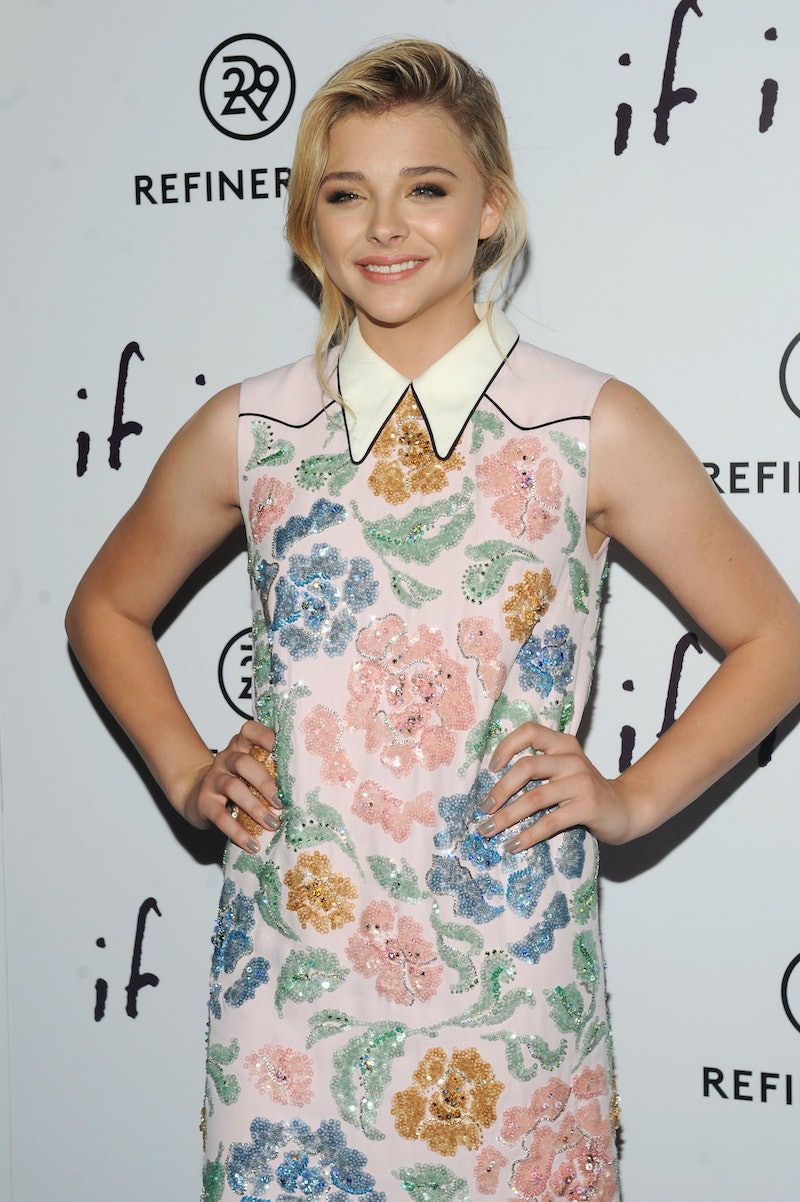 In case you’ve been keeping yourself up at night wracking your brain for just one more reason to adore today’s ever-growing crop of teenage actresses, I just found it for you: Chloë Grace Moretz’s amazing red carpet style. Not that I didn’t already know about this well-dressed phenomenon, of course; I’ve long been aware of the 17-year-old actress’ uncanny fashion abilities on the red carpet.

It’s just that when I get so distracted by all of the star's other great attributes — such as the fact that Moretz is dating David and Victoria Beckham’s son, Brooklyn (adorable!), that she loves hanging out with her big brother, or that she possesses some truly inspiring acting abilities — I can sometimes lose sight of what’s really important here: the fact that starlet can rock a red carpet better than almost any other celeb her age (aside from maybe Kiernan Shipka in her artsy ensembles, that is).

The most recent example to back up this bold claim: The beautiful blonde actress showed up on Monday evening to the New York City premiere of her new tearjerker film If I Stay looking the epitome of nerdy chic in a whimsical and polished outfit that even the adorkable Zooey Deschanel could be proud of.

Sporting a — for lack of better word — precious piece from Miu Miu, the little lady managed to look both sophisticated and charming in her pastel embroidered, sleeveless shirt dress while walking the red carpet. Pairing the delicate dress and its exaggerated, geek-chic collar with a pair of sleek, metallic silver pumps, Moretz is making me wish more than ever that summer wasn't quickly coming to an end.

Not only was the star's elaborately detailed dress absolute perfection, but her hair and makeup were also superb, thanks to her side-swept, loosely undone updo and barely-there (but bronzed) makeup.

And it wasn't the only time on Monday that Moretz made an appearance in an outfit worth drooling over; the actress also showed up to film Good Morning America in a breezy two-piece ensemble from Proenza Schouler.

So whether she's leaning toward an outfit that's adorkable, casual cool, or just flat out glamorous, all I know is this: I would be happy to take fashion advice from this teenage star any day.