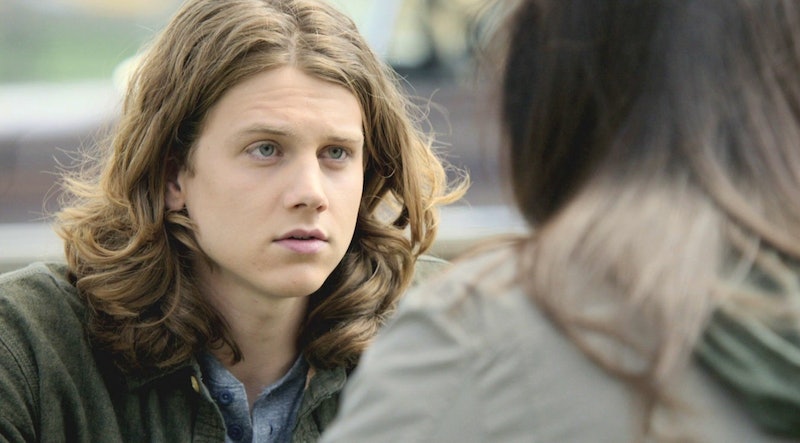 Swoon — that hair, those eyes, that hair. Does anyone else find it difficult to concentrate on the many theories and the drama of MTV's new series Finding Carter when Max is on screen? It can't be just me. Right? As far as I can tell, Max is the best guy on Finding Carter by a longshot and thankfully, he's probably here to stay. Even though they got off to a rocky start, Max and Taylor definitely stand a chance, according to real-life-Max, actor Alex Saxon. But even more importantly, Carter needs Max to tell her when she's being the worst, like during last Tuesday's episode when she wanted to skip out on her big 17th birthday bash.

I'm not sure if it's because Crash is wildly unlikable and the rest of the guys on Carter are kind of duds, but there's just something about Max that makes you want to love him. (No, I'm not talking about the way his hair bounces when he walks — though that doesn't hurt.) And you really want him and Taylor to work because, frankly, Max is easily the show's best character. He's the well-adjusted, hands-off-parented sweetheart with just enough edge to tell you, in the case of Carter, when you're making everyone hate you.

And if just looking at him didn't convince you that he needs to stay on Finding Carter for as long as possible, here are five other reasons why the Maxlor 'ship should keep sailing.

It's a testament to Max's character that he can even tolerate Carter (who's insufferable at best most of the time), let alone sit in jail with her.

Last Tuesday, he outed Carter for meeting up with Lori and planning to run away with her. Because, well, Carter would be the shittiest person ever if she did that to her family voluntarily — especially to her twin sister Taylor. Carter needs Max around to give her the reality checks she so desperately needs.

He & Taylor Are Good Together

If that crouton-making scene wasn't enough, there was this adorable little moment from Taylor and Carter's 17th birthday party. Max might be Carter's friend, but since he and Taylor started their relationship he's boosted her self-esteem and just been an all-around great guy.

Look at those curls bounce. And it even looks good in a man-bun.