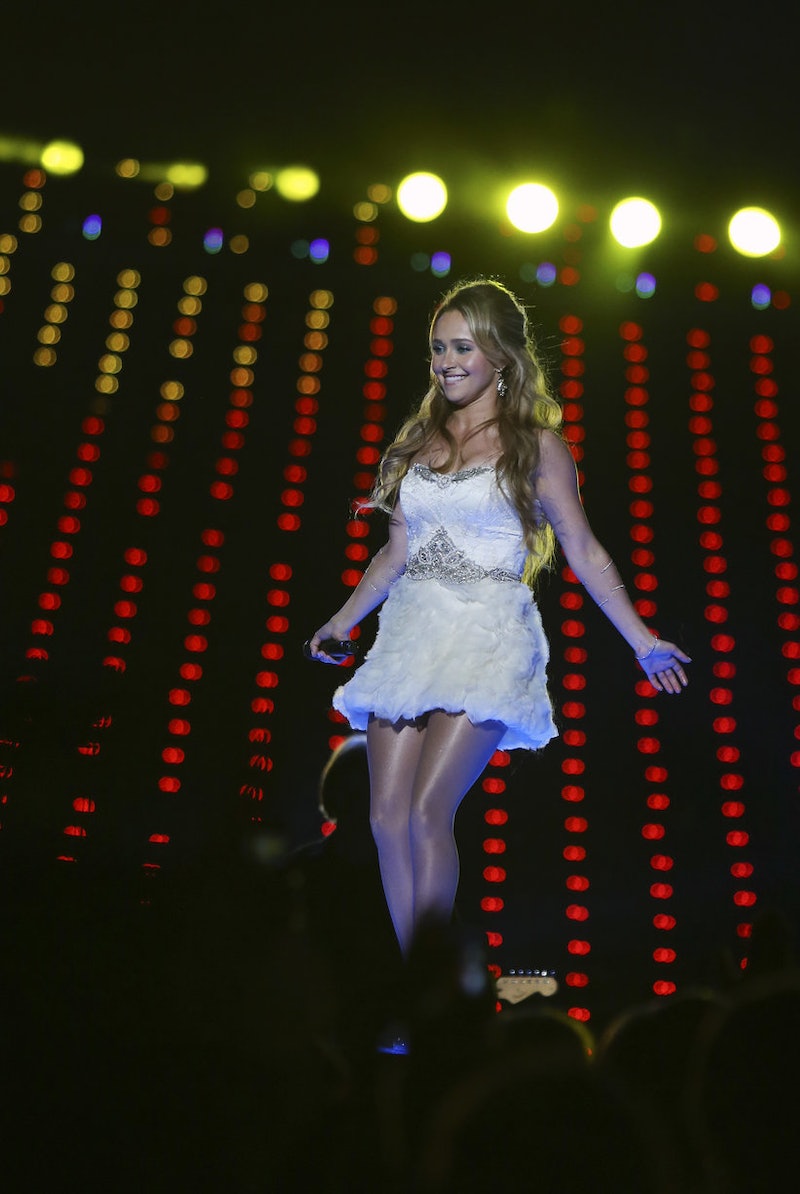 Just in case you’ve been living under a rock for the past couple months — or, you know, have an actual life that exists outside of entertainment — let me start right off by reminding everyone that Nashville star Hayden Panettiere is pregnant with her very first child. Pretty exciting, right? Of course, this piece of news immediately brought one very important question to the forefront of every Nashville fan’s mind: how will Season 3 choose to handle the baby bump? But now that some time has passed and we know for certain that Panettiere’s pregnancy will be written into Juliette Barnes’ storyline, it’s time to start contemplating how this mother of a plot twist will end up affecting the rest of the cast.

Obviously, Avery and Jeff are going to end up being seriously affected, especially whichever one of them is the father, but that’s not what I want to focus on. Right now, I’m more interested in the domino effect this pregnancy will create outside of any romantic love triangle. Because much like when one of your best friends announces that she’s having a baby, this is a change that’s not just going to affect one person, but rather the entire group dynamic. Here's how I foresee things possibly going down.

Let’s face it — pregnancy and touring don’t exactly fit well together. So as time goes by and Juliette becomes more and more pregnant (not to mention hormonal), it’s only a matter of time before she has to put her music career on the back burner and focus on, you know, growing a human being inside of her. This decision would severely affect Rayna’s newly launched record label. Losing one of your biggest artists doesn’t exactly bode well for business. Sounds like Ms. James is in need of a helping hand. Which may lead to Step 2…

If Deacon’s looking for a way to prove to Rayna that he’s truly a changed man who's worthy of her love, nothing would do that more than coming to her rescue when she needs it most. If Rayna’s label — an investment which she’s put all of her faith (and money) into — ends up suffering from Juliette’s (hypothetical) departure, bringing on another well known name like Deacon could potentially turn things around in her favor. Plus, it’d be a great opportunity for these two former lovebirds to get close again. I mean, if Rayna ends up choosing Luke over Deacon, the writers should, at the very least, give us ‘shippers something to look forward to. Throw us a bone, y’all!

Scarlett Stays in Nashville to Write for Deacon & Rayna

After Gunnar sang that amazing song to Scarlett in the Season 2 finale, there’s no way she’s still planning on leaving Nashville, right? And since she’s had a bit of a rocky touring experience as of late, she may want to return to music in a strictly writing capacity, at least for now. (Baby steps, people!) And what better way to do that than by hitting the road with her Uncle Deacon (if he does, in fact, decide to join Rayna’s label)? Gunnar would join her too, of course, which would inevitably spark that romance right back up again. So basically, it’s a win-win for everyone!

Being Juliette’s manager is no easy feat, so attending to a hormonal Juliette with even more romantic drama than usual could end up being too much for poor old Glenn Goodman to handle. Retirement might be his best and safest option health-wise. You do you, Glenn. You do you.