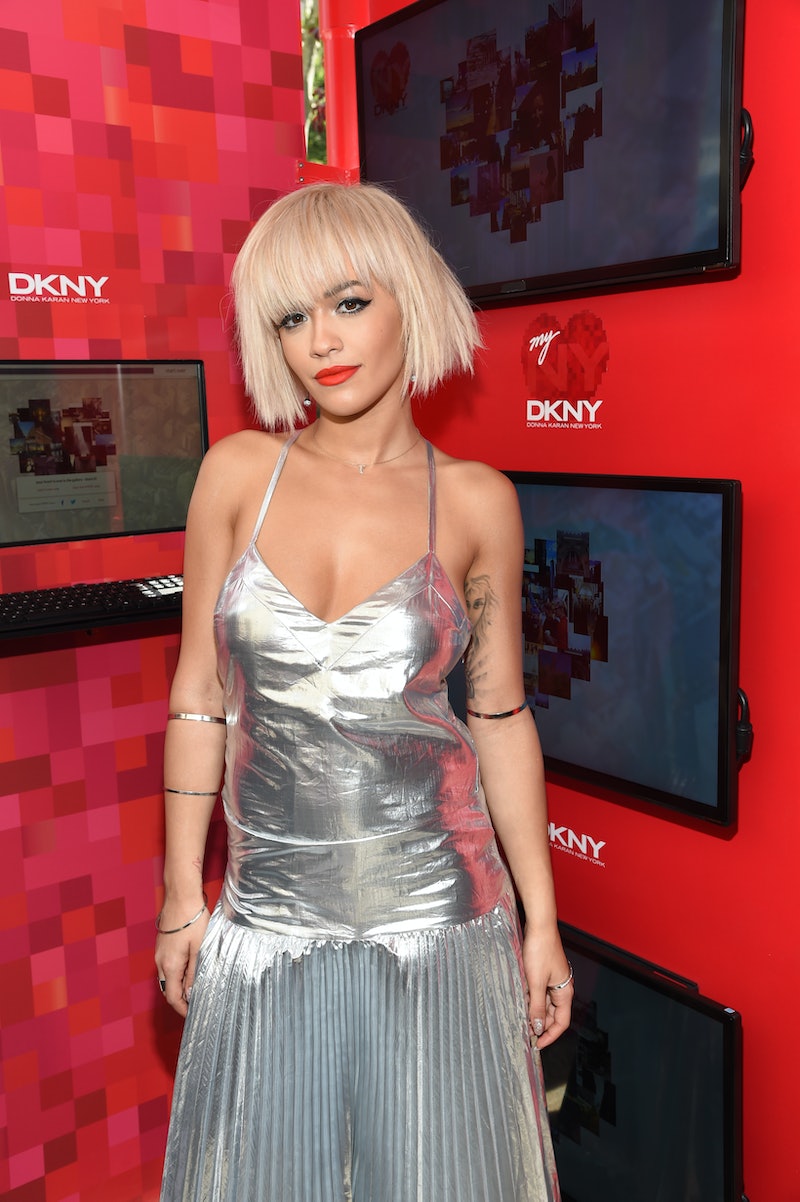 I can't say that I've personally converted into a Rita Ora superfan, but I'm pretty sure there are legions of ladies and gents around the country — around the world, even — who certainly have. And I can totally see why: The girl has talent; she has a bold, spontaneous, and ever-surprising personality; and she's become friends with some of the hottest celebs, musicians, and designers in the game. Oh, and she isn't afraid to wear some really insane ensembles (with confidence), including the all-metallic DKNY outfit Rita Ora wore on Fox & Friends Tuesday morning.

Now, this look isn’t the craziest thing we’ve ever seen the British singer sport. After all, she is one of the celebs who tried out rainbow-colored hair and has been spotted in outfits that leave little to the imagination (like the see-through, feathered dress Ora wore to the Take-Two E-3 event earlier this year).

But there are few people who could deny that her latest look — which she also happened to rock that same day while promoting DKNY’s newest fragrance, MYNY, in New York City’s Madison Square Park — was pretty eye catching. And this time, I’m not so sure it was in a good way, because Ora looked distinctly like a walking, talking Hershey’s Kiss.

Pairing a drop-waist, pleated, and tea-length skirt with a V-neck, spaghetti strap bodice; metallic platform sneakers; and sleek, silver armbands, the star was decked out in the same shiny hue from head to toe (aside from her platinum bob and bold red lip, of course).

And though this particular ensemble tends to veer into Halloween costume for me — a really cute costume, that is — I can totally see the appeal of the statement-making material and color that is metallic silver. If you, too, want to try out the metallic look (without fear of looking like a piece of chocolate candy), just take your pick from some of these pretty pieces: