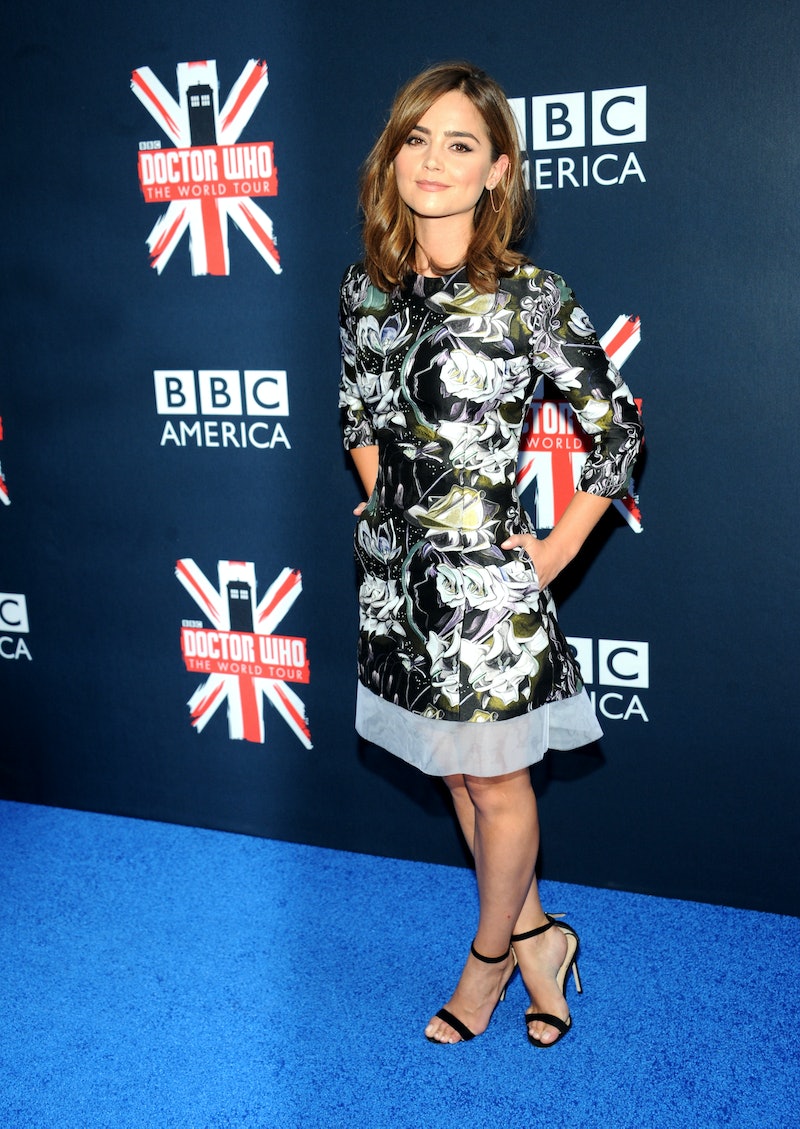 Can you believe that Doctor Who is returning in just 3 days? We'll be back to our favorite show, after quite the cliffhanger (if there's one thing Doctor Who has taught me, it's that TARDIS crash-inducing regenerations are always very exciting)! We'll see more fabulous costumes from Clara! We'll finally find out how Peter Capaldi's past characters in the Whoniverse are explained!

The quickly oncoming premiere also means that the two stars' international tour drew to a close. They may not have all of time and space, but they did have four continents to visit in less than two weeks — which is still quite a lot, if you ask me, especially sans time machine. Starting from August 7th, Coleman and Capaldi hit Cardiff, London, Seoul, Sydney, New York City, Mexico City, and Rio de Janeiro.

This second leg of the tour was, if possible, even more fabulous than the first leg (which was very chic, don't get me wrong). It did feature two Dior looks, after all — they broke out the big guns this time around! Jenna shook it up, wearing everything from ultra-polished jumpsuits to feminine printed frocks, and there was nary (or almost nary, anyway) a bad look in the bunch.

She should always wear that exact shade of buttercup yellow.

At the New York Fan Screening

One of my favorite looks from her yet — the printed mini-shift look works very well for her (the fact that it's from the Dior Pre-Fall 2014 collection doesn't hurt either, I'm sure).

At a Press Conference in New York

Crop tops paired with leather skirts is yet another look that works for Ms. Coleman. Capaldi, on the other hand, is rocking that astronomy shirt, though it has to be pointed out that he's totally an outfit-repeater.

At a Photocall in Mexico City

And last but not least:

At a Fan Event in Mexico City

At first glance, I thought those hats were photoshopped, but after a little staring... well, I'm just not sure. Anyway, another Peekaboo Vintage ensemble for Coleman (her third during the tour) — it has a very Governess Clara look to it.

What's your favorite look from the bunch? I'm partial to the yellow a-line frock, and the crop top ensemble has to be a close second.

More like this
11 Graduation Guest Outfit Ideas To Wear To Someone Else’s Ceremony
By Phoebe Avison and Claire Fox
Most Comfortable Underwear For Big Butts
By Audrey Williams
42 Black Owned Fashion & Beauty Brands To Support Today & Always
By Mekita Rivas, Shea Simmons, Kui Mwai and Dominique Norman
8 Cozy-Smelling Fall Candles For 2022
By Olivia Rose Ferreiro
Get Even More From Bustle — Sign Up For The Newsletter