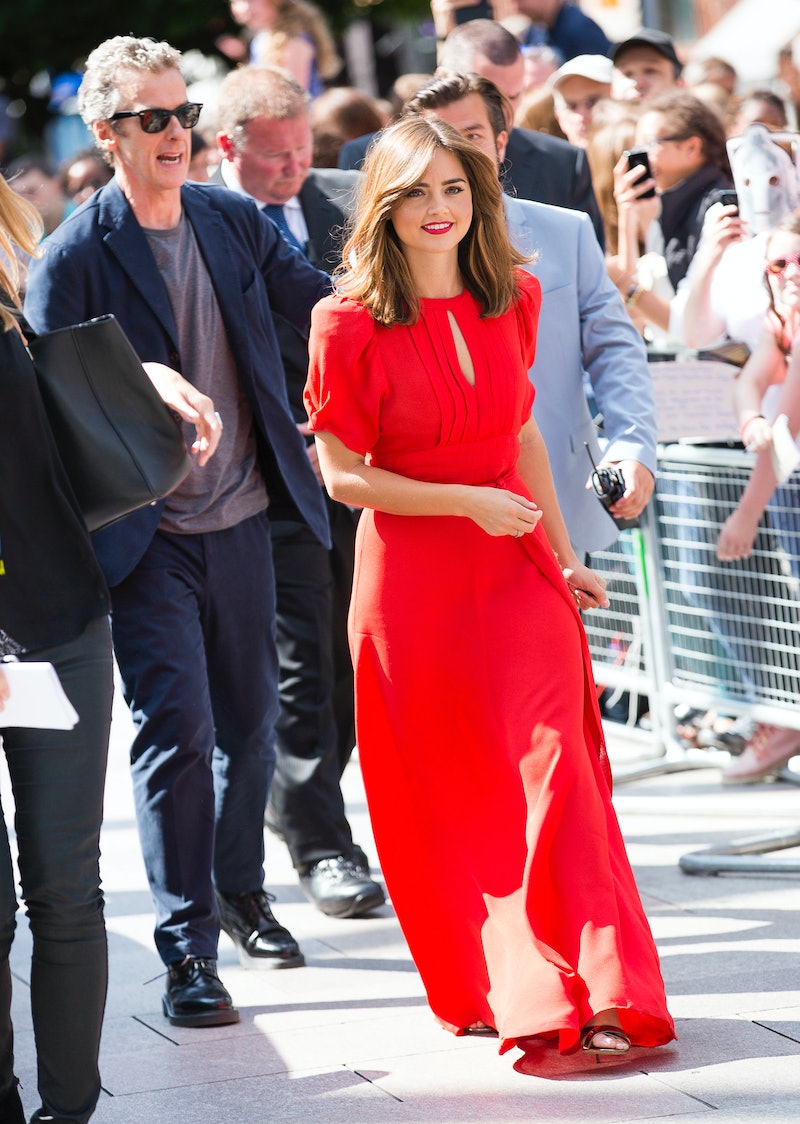 I think I can safely say that we're all excited to see Peter Capaldi's fresh take on the role (though RIP Eleven. And Ten. And Nine...). What we've seen of him so far has only served to whet our considerable, Who-deprived appetites — and it'll be a relief (or interesting, at the very least) to see his no-flirting/decidedly non-"Papa-Nicole"/slightly-against-Steven Moffat's-wishes take on the Doctor/Companion relationship.

Anyway, new Doctor Capaldi and veteran companion Jenna Coleman have been doing their part to herald the return of the series after a long (since Christmas!) hiatus: they've been embarking on a world tour to promote the show. Starting on August 7th, and continuing until the 19th, their tour has spanned an impressive three continents so far. Sydney, Seoul, Cardiff, and London have all been on their roster, and upcoming destinations include Rio de Janeiro, Mexico City, and New York — and they've been doing it all in style. Jenna, in particular, has been turning out some pretty fabulous dresses (turns out her on-screen counterpart isn't the only one with some serious style).

Wearing (almost) TARDIS blue Victoria Beckham by the Sydney Harbor Bridge! The color's lovely, and updated '60s mod is definitely a good notion for her — it's just that the fit is a little off.

Things were looking up a bit in Seoul, where Jenna went sailor-inspired in a swingy, stark-white, double-breasted mini dress. Another plus: her airport style was off the charts.

Jenna looked retro-romantic in London — the fluttery, tastefully-puffed sleeves look gorgeous, and they play nicely with the more modern high-contrast black and white of the look. Though, Peter definitely had her beat, style-wise:

Because does it get any cooler than a crisp button down, printed with the constellations? I don't think so.

Jenna's Cardiff dress (which was designed by Peekaboo Vintage) may be my favorite thing she's worn, ever. We all know from her Oswin days that she looks killer in the whole siren-worthy red look, and we know from her Victorian Clara days that she looks great in the whole period look. This lovely, lovely dress is the perfect modern-day combination... and posing in front of a Welsh castle never hurt anyone, either.