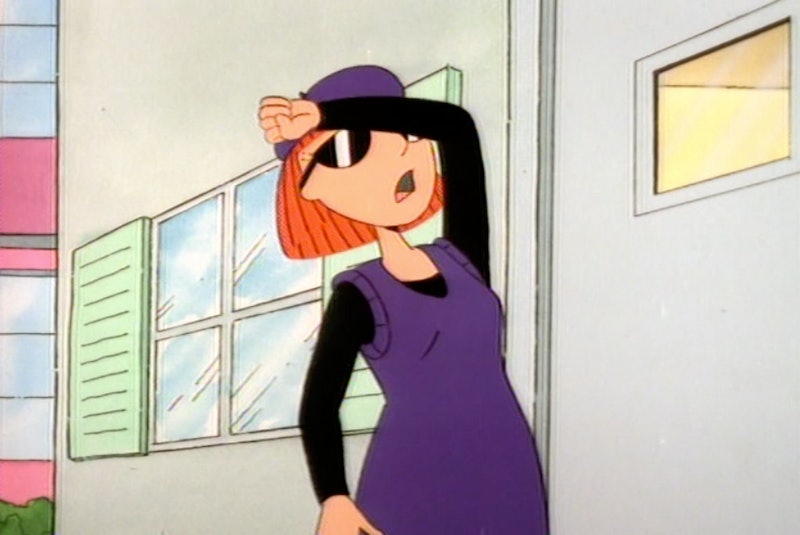 If you think poets solely wear black berets and find words to rhyme with “suffocating” and “dark lake,” then you’re not far off. Just kidding. Poets come in all varieties, and the best way to become acquainted with us is by going to a poetry reading. There, you will experience the pleasure (read: slight-to-moderate agony; boredom; a room for you to exercise your eye-rolling muscles) of listening to a poet read his or her work for at least 45 minutes straight. During intermission, you’ll want to refill your plastic wine cup for survival, and that is when you will most likely run into a cluster of poets.

Poets are awesome. They are incredibly in touch with language, and with their emotions. They are never very judgmental. They will always have a book in mind for you to read, and they will probably want to read stanzas aloud for you, so that they can carry on the oral tradition of poetry. However, poets can be arrogant. They can either be obnoxiously self-aware, or not aware at all. Their poetry might be terrible, and you will not know what to say. That’s OK. Just smile and nod and say, “that is so transcendental.”

"Wine. The secret is wine," she will whisper in your ear, as you flip through her chapbook filled with aggressively non-linear poems. Poems about monkeys, Canada, men, women, and bed frames splayed over rooftops. You will find her staggering around the room, hugging others and kissing their cheeks. You vaguely hear her slip on an English accent, and refer to strangers as "daaarling," and this doesn't surprise you.

2. The twee poet who looks like a Modcloth model

She is adorable in every single way. Wearing a bright green '50s dress and carrying a purse in the shape of a cat, this girl is so happy to be here. Even though the reading "isn't exactly much like her aesthetic," (she writes haikus about birds and bicycling in Athens) she is still all about meeting new people.

3. The poet who describes other poets as her “very close friends”

Tracy K. Smith? Very close friend. Kay Ryan? Love 'er. This girl also vividly and repeatedly describes that one time she ran into Sharon Olds at AWP. She is now her soul sister.

4. The poet who just got back from Mexico. Again.

This poet usually smells like jasmines, essential oils, and Whole Foods. She wears long skirts and genuine moccasins she purchased on a Native American reservation in Arizona. She is constantly writing about her experiences in the desert, or that time she took a mud bath with ten strangers and everyone's nudity reminded her of our absolute shared existence. Don't bother getting her number, because she doesn't believe in technology. Or keeping in touch.

When she talks it will be, "LIIIIKE . . . THIISSSS," and even if she is merely describing a kind of soda she prefers, hand gestures will be flying all over the place.

6. The poet who hates you

If you hold a job that is anything slightly non-creative and lucrative, you will be hated by this poet. "So, you're like, corporate," is something that she might say to you, sneering at your 9-to-5 job but secretly wishing her adjunct teaching position was that stabilized, and didn't require 30 hours outside of work to grade papers.

7. The poet who actually wears all black

You will find her chain-smoking American Spirits outside, sipping on espresso and scribbling into a Moleskine. She takes the poet life very seriously.

8. The perky poet who thinks everything is beautiful

Much like the Twee Poet, this individual is also very positive. She wears bright clothes, is probably straight-edge, and constantly brings in poems about her dog and how eating chips reminds her of crashing waves, to workshop. She will never have anything mean or even slightly critical to say about you or your work. She will underline her favorite lines and words and draw hearts and smiley faces next to them.

9. The poet who likes Ted Hughes more than Sylvia Plath

When you say, "But he abused her," this poet will shrug and callously ask, "Does it matter?" She will look into your horrified face and tell you that "The Fox Thought" is the most brilliant poem about writing poems to have ever existed. She also insists on the complexity and importance of a "strong, male voice." Eh.

10. The snobby poet who only reads Borges

"Mary Oliver is so pedestrian," she says, and goes on to describe how rich and layered other, more underrated works of poetry are. This poet will use words like "lazy" to describes other poets who don't use heavy symbolism and thickly veiled politics in their work.

11. The poet who posts all her poems on Tumblr

You can find this poet's poems splattered all over her many blogs. Sometimes, when she's feeling inspired, she will even tweet a line she just wrote while shopping at Ikea. When she wants you to know she's working on a new poem, she will make sure to broadcast this with "#amwriting" so the world can prepare for greatness.

12. The poet who spends a half-hour deconstructing a line-break

She will say things like, "it feels very arbitrary to me," and wonder why the word "glimmer" was used, when "shine" would have acted more emphatic.

13. The technical writer who secretly moonlights as a poet

She writes for a lightbulb company you've probably never heard of, works in a cubicle, and makes enough money for rent and groceries without selling a quarter of her wardrobe at Buffalo Exchange every weekend. She shops at Gap, drinks decaf coffee, and is probably the last person you would ever expect to dip into poetry. But she surprises you with a notebook completely filled with poems. Actually good poems. "Oh, they're nothing," she says, although you know her entire soul is encapsulated in that very standard Mead notebook.

14. The poet that shamelessly self-promotes her chapbook

She will "give you a good deal" in person, beg you to write a review on Goodreads and Amazon, and even include a homemade bookmark with every purchase. If all else fails, this poet will insist that her chapbook will make the best Christmas present, ever. Or any present. Who wouldn't want a poetry chapbook?

15. The poet that cried during workshop

If you come across a poet that looks emotionally frail, it's probably because she recently had her manuscript torn to shreds. Above all, being a poet can be draining. You need thick skin. And a cocktail. You always need a cocktail.