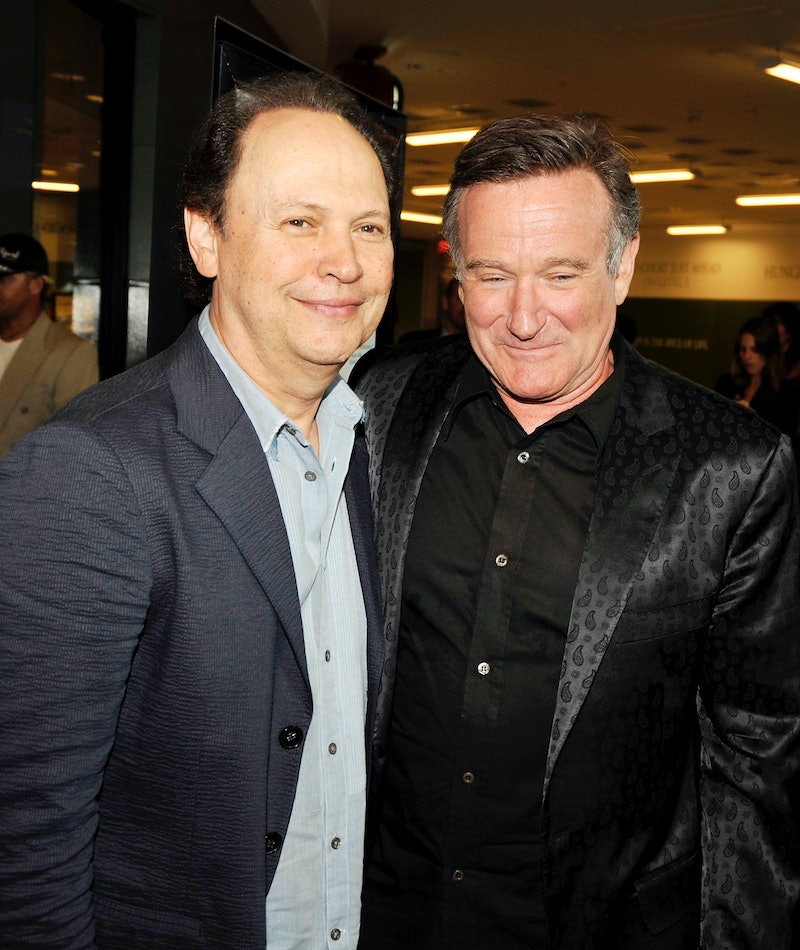 Paying tribute to a beloved actor is always tricky business. The Emmys have tried (and failed) in the past which left many concerned for how Robin Williams' tribute would be treated. Well now we have the answer and unfortunately it's not as much as I would have hoped for. It's been announced that Billy Crystal will honor Robin Williams at the Emmys, but I can't help but wish the ceremony had selected more than just one person to speak.

Williams and Crystal have worked together in the past in the film Father's Day and as fellow comedians. I have no doubt that Crystal's tribute to his late friend will be heartfelt, I just think Williams deserved more. His passing affected so many people from his fellow actors to the viewers who grew up watching him perform. He touched so many lives and it seems wrong to send him off with the words of only one person.

Since the Emmys have only just decided on Crystal to lead the tribute it might not be too late to compile something else. Maybe a few more of Williams' friends and colleagues can join Crystal on stage. Perhaps there's even a way to include the audience watching the Emmys at home.

Williams' death shook the entertainment world and it just doesn't seem fair to let only one person get to say goodbye when so many of us have things to say, too. Hopefully the Emmys and Billy Crystal will at least acknowledge this, even if they don't bring anyone else up to speak. In the meantime, you can continue to show your support for Williams and his family in various ways like donating to his favorite charity, watching his films, and writing your own tributes whether on a blog or even just on Twitter.

And even if the Emmys tribute isn't exactly what we'd hoped, I'd like to think that through all of the recent attempts to honor him, Williams can see just how loved he is and will always continue to be.