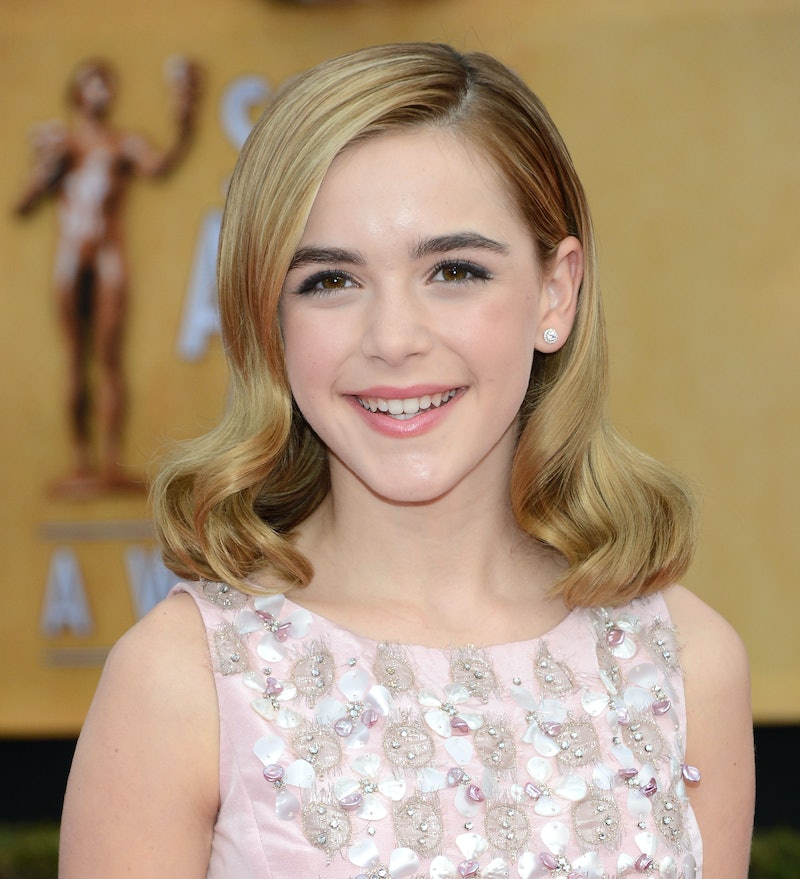 Bad news for Mad Men fans hoping to see Sally Draper catch a break: Kiernan Shipka, the 13-year-old actress behind the most troubled pre-teen on cable TV, has signed on to play the lead in Flowers In The Attic, a Lifetime adaptation of the controversial 1979 novel. Shipka will play Cathy, who, as readers of V.C. Andrews' book know, endures horrendous abuse from her family and is forced to live in an attic, along with her siblings. While locked away, she falls in love and has sex with her brother. Looks like walking in on her dad having sex won't be the most disturbing experience of Sally's life.

As creepy as the role is, playing Cathy in Flowers in the Attic will likely be a career-changer for Shipka, who has already shown precocious talent during her six seasons on Mad Men. And with the AMC show ending next year, her slate will be wide open, allowing her to take on films that hopefully won't have "Lifetime Original Movie" in their titles. It likely won't be long before Shipka's leading teen coming-of-age stories, or playing crucial supporting roles in Oscar-winning dramas, or showcasing her less-serious side in blockbuster comedies. Her path is familiar to anyone who's followed the career trajectory of another young, talented, wise-beyond-her-years star: Kick-Ass 2's Chloë Grace Moretz.

Moretz is two years older than Shipka, but their acting histories are strikingly similar. Both girls started acting at age 7. Both had their first roles guest starring in two episodes of popular TV shows — Moretz in CBS' The Guardian, Shipka in USA's Monk. Both made appearances in several series over the next few years — Moretz showed up in My Name Is Earl, Desperate Housewives, and Dirty, Sexy, Money, while Shipka acted in Cory in the House, Heroes, and Jimmy Kimmel Live. Both were eight years old when they got their breakout roles — Moretz with The Amityville Horror, Shipka with Mad Men. Both do lighter-hearted work to balance out their heavy dramas — Moretz did Hugo between Let Me In and Dark Shadows, and Shipka had a short stay on Don't Trust the B---- in Apartment 23 as well as voice work on The Legend of Korra. Both have been nominated for several Young Artist's Awards.

The similarities don't end with their acting. Moretz and Shipka both love fashion, and have become style icons for the under-20 set. Moretz has starred in photo shoots and magazine covers for publications ranging from Vogue to Marie Claire, and has been invited to attend Fashion Week alongside well-known designers. In 2012, she became the face of retailer Aeropostale. Shipka hasn't had quite the same exposure in the fashion world due to her young age, but she's said that she's inspired by Grace Kelly and is the only tween celebrity that "Suri Cruise" doesn't loathe on her blog. The main connection between the two, though, is a common theme: maturity.

Moretz has demonstrated her willingness to take on R-rated parts, with major roles in the Kick-Ass series, Let Me In, and the upcoming Carrie remake. As one of the main leads in Martin Scorsese's 2011 Oscar-winning Hugo, she proved that she's more than capable of holding her own alongside co-stars double and triple her age. Her next two movies, the indie Laggies and the thriller The Equalizer, have her working with Keira Knightley, Denzel Washington, Melissa Leo, and Sam Rockwell, among others. In interviews, she's open and witty, and on the red carpet, she's poised and professional. In child-star speak, she's a Jodie Foster, not a Lindsay Lohan.

Shipka, meanwhile, has a less extensive resume due to her Mad Men commitments, but the variety of the parts she's chosen is representative of her maturity. She's taken roles in silly but right-for-her-age comedies, genuinely frightening horror thrillers, and Sundance-premiering indie dramedies. Her short but hilarious cameos in Don't Trust the B showed her comedic range, and Flowers in the Attic will remind audiences that she's talented enough to be taken seriously as a dramatic actress. She's obsessed with The Food Network, even appearing on cooking show The Chew, and takes ballroom dancing classes in her spare time. Not your typical 13-year-old.

Both Moretz and Shipka have bright futures ahead of them, and it'll be interesting to see if their careers continue to align. If only they'd team up with the Fanning sisters and create some kind of blonde, precocious, teen star supergroup. We can hope...