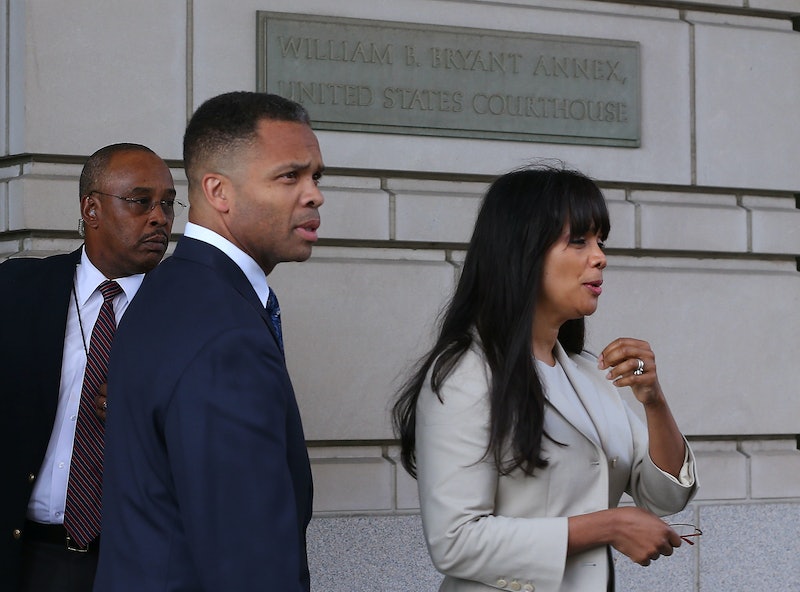 Former Rep. Jesse Jackson Jr. was sentenced to serve 30 months in prison Wednesday, after misusing $750,000 of his campaign funds.

"I was wrong. I take responsibility for my actions. I know I have let a lot of people down," Jackson Jr. said at the sentencing.

Jackson's wife, Sandra Jackson, was also sentenced to a year in prison. She plead guilty to falsifying tax returns, and will serve one year for misusing campaign funds. The couple has asked to serve their time separately, so that one parent can be with each of their two children. Former Rep. Jackson will serve his sentence beginning on or after Nov. 1, with his wife serving her time within 30 days of his release, according to the New York Times.

The couple will also have to repay the $750,000 that they stole, and the former congressman will serve 500 hours of community service. He will be under supervised release for two years.