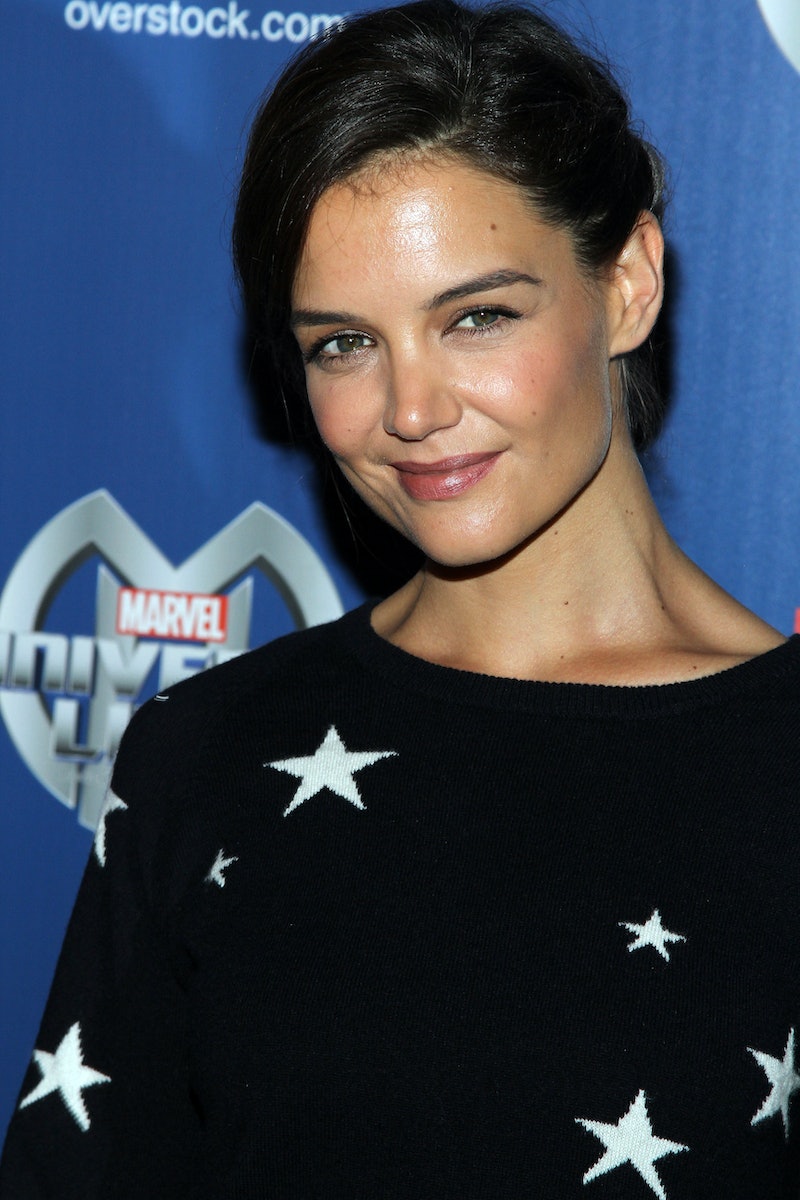 Looks are incredibly deceiving in the tailer for Miss Meadows , an upcoming indie movie starring Katie Holmes. Holmes plays a sweet, proper, glass-half-full sort of elementary school teacher (hell, she even tap dances through the streets), whose singular fashion inspiration seems to be a Stepford wife's closet who also happens to be —wait for it — a criminal-killing vigilante. Her alter ego's missions make things complicated and rife with abject suspense — and when there are elementary school-aged kids involved, stuff usually gets a little scary. How would you like it if your fourth grade math teacher packed a pistol in her pocket? You were just trying to learn how to multiply!

However, the split-personality of Holmes two jobs makes it seems like this film, which premiered at the Tribeca Film Festival, will also have some subversive, smart, dark humor in addition to its suspense. It also looks like writer-director Katherine Leigh Hopkins is providing us with a unique play on stereotypes — Holmes as the gun-wielding teacher is part stereotypical schoolteacher and part bonafide action star, which should thereby at least make Holmes' work pretty dynamic.

Of course, whether or not all of the plays out successfully in the film will be confirmed when the movie hits theaters on November 14, but until then, one thing is certain: you don't mess with Miss Meadows. You just don't.

More like this
Memes & Tweets About 'The Minions: The Rise Of Gru' #Gentleminions Trend
By Grace Wehniainen
What Is Miles Teller's Net Worth? How The 'Top Gun: Maverick' Star Made His Millions
By Meg Walters
Jurnee Smollett’s Heart Is Healing
By Rebecca Carroll
'Dune: Part Two' Could Include A 'Little Women' Reunion
By Arya Roshanian and Alyssa Lapid
Get Even More From Bustle — Sign Up For The Newsletter