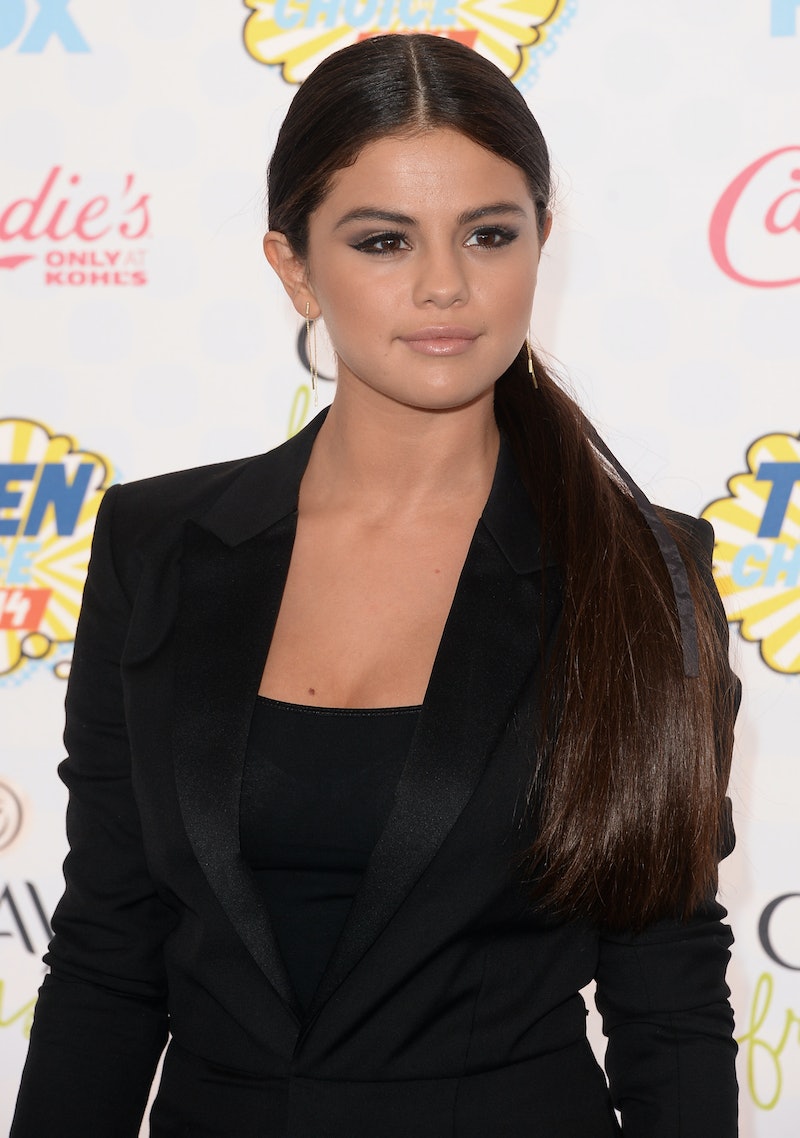 It’s hard being a Selena Gomez fan. And it’s actually harder to admit to it with her name being so closely entwined with everyone’s least favorite person, Justin Bieber. But I stand by my Selena love as stoutly as I did when I was a Wizards of Waverly Place fan and Gomez was just one of the many Disney teen actresses. At the time, Miley Cyrus was reigning supreme with Hannah Montana and sold out concerts, the Jonas Brothers were taking over the airwaves with their tight pants and promise rings, and Demi Lovato was gaining fame from Camp Rock. But Selena Gomez was just fine with her one show, despite critics comparing her to Cyrus so much.

I think Gomez is super talented and goes beyond the typical Disney alum with her career choices and her philanthropy. In 2009, she became the youngest UNICEF Ambassador ever, having supported the organization's Trick-or-Treat campaign the year before, and has been an active member ever since. She's travelled to Ghana and Chile, participated in the tap water project, and threw a benefit concert with her band.

When her generation of Disney stars graduated and went off into their own directions, Gomez didn't throw herself into growing up too fast — as some said about Cyrus — instead, she took her time and trusted that she could keep up with her star power.

Now that you know a bit about Gomez's amazing accomplishments, here are a few things I, as a Selena Gomez fan, am tired of hearing:

"She's only famous because of Justin Bieber."

"How can you like her? Justin Bieber's such a douche."

Let's get it straight. Despite her tumultuous relationship with a certain baby-faced pop star, Selena Gomez is not Justin Bieber. It's unfortunate that she's fallen for him several times, yes, but they are not the same person. I am a fan of hers. Not his.

When she first started, Gomez opted for techno and pop, rather than pretending she was some sort of rocker or a singer-songwriter. She knows what she likes and what she can sing.

While Miley Cyrus, Demi Lovato, and the Jonas Brothers became mega Disney stars with sold out concerts, Disney channel movies, and record deals, Selena Gomez didn't really do any of that. She turned down the opportunity to be in Camp Rock purposefully because she thought it would be too soon for her career (or so I heard on her E! special).

She made a selfish, sarcastic character on a Disney show seem lovable. She was in last year's Spring Breakers. Sure, Gomez has that terrible film with zero percent on Rotten Tomatoes but all actors have that one movie that stinks. Just sayin'.

"That's why Taylor Swift dropped her."

This includes: "that's why Demi Lovato dropped her." Gomez chose to unfollow a ton of celebrity friends on Instagram, and apparently her relationships with ex-best friends Taylor Swift and Demi Lovato says something bad about her. Swift still keeps Gomez in her thoughts — sending out birthday love and even issuing the ice bucket challenge her way — and Lovato's tight lipped over it all. It's not perfect, but then again, relationships tend to morph into new things.

"Didn't she go crazy and drop all of her friends?"

It's true that the "Who Says" singer did unfollow a ton of her famous friends on Instagram earlier this year, but then went on a career hiatus to take a break from it all. It takes a big person to step away, especially from fame and those super neato perks, and to just focus on being there for yourself and your family.

"What's she even done? She's only been in that one James Franco movie!"

To be fair that was Gomez's last hyped movie — that could possibly be because she and her costars Ashley Benson and Vanessa Hudgens were bikini clad through it all — but Gomez isn't done yet. Back in May, it seemed that she was working on some new music.

Whatever haters. Selena's just going to brush all that dirt off her shoulder anyway.

More like this
Selena Gomez Is Fine Being Single, But She Still Manifested Romance On 'SNL'
By Martha Sorren, Jake Viswanath and Jack Irvin
Sadie Sink Would Escape Vecna From 'Stranger Things' With This Taylor Swift Song
By Grace Wehniainen
Taylor Swift's “Carolina” Theme For 'Where The Crawdads Sing' Soundtrack Is Here
By Jake Viswanath
'The Summer I Turned Pretty' Using “Cruel Summer” Has Twitter Begging Taylor Swift To Release A Music Video
By Radhika Menon
Get Even More From Bustle — Sign Up For The Newsletter