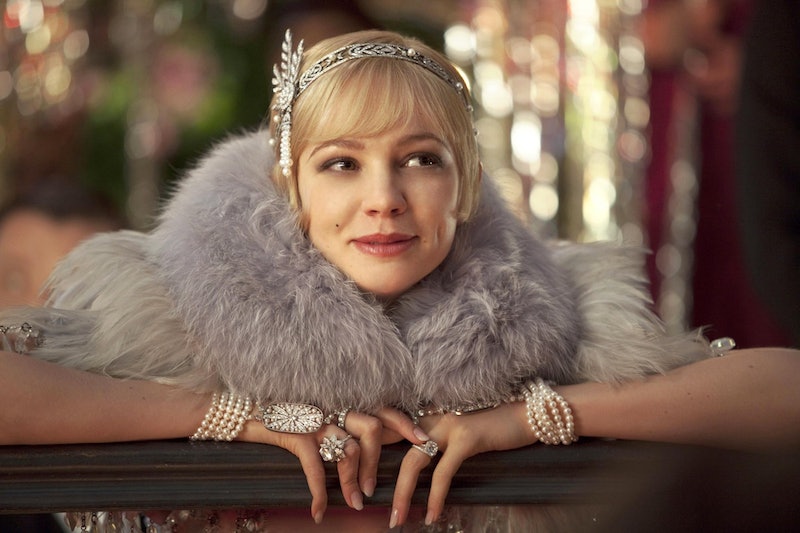 From the way the basic bitch has recently become the focus of vigorous online debate, scathing sociological study, and comedy videos starring Puddy from Seinfeld , you could be forgiven for thinking that she was a modern phenomenon.

But nay — though the froyo, Ugg boot, and episodes of The Bachelor that are her familiars are all modern innovations, that basic is an archetype older than Anastasia Steele, Bella Swan, or even Jessica and Elizabeth Wakefield; in fact, the basic is as old as time itself. In the caves at Lascaux, where the earliest documents of human storytelling are found, one of the paintings depicts a basic bitch’s struggle to buy some peppermint-scented foot lotion from a crowded Paleolithic Bath and Body Works. To quote Deep Throat from The X-Files, “they’ve been here for a long, long time.”

But the basic bitch is neither inherently a heroine nor a villain, no matter how bad a rep she gets on the interwebs. She shows up throughout the Western canon as a force of both good and evil, precisely because her key personal qualities — a lack of depth, a difficulty in taking in the big picture, a blanket enthusiasm for brunch — leave her such a blank slate, able to reflect the society around her. Is she a commentary on the failings of the culture at large? A vision of the warmth and humanity among the cruelty of the world? A joke about fancy hats to lighten the mood? All of the above? Only her barista knows for sure. But any basic who shows up on the scene now has some big, historically relevant yoga pants to fill.

Aphrodite, ancient Greek goddess of love, beauty, and scented candles, was an oft-petulant basic, the kind prone to starting bullshit fights with her sorority sisters (that stuff she pulled at the Judgment of Paris was straight out of The Bachelor). The fact that she looms larger than almost any of her ancient Greek kin today should say something about the long fascination we've had with basics.

Sleeping Beauty's basicness gets her in trouble, even though there's no malice in her heart; she didn’t mean to touch the only spindle in the entire kingdom, even though basically her only job in her entire life had been to not go around touching any spindles. Was she just kind of fatigued after SoulCycle and a little out of it? Was she distracted by an email about a flash sale at J. Crew? It doesn't matter; the story remains, in part, a fable about the dangers of being tuned out to big picture shit because you're fascinated by something shiny.

Ophelia, from Hamlet by William Shakespeare

Ophelia just might be Shakespeare’s commentary on the tragic potential of total basicness — unlike many of the Bard’s fierce-ass heroines, Ophelia doesn’t know what she wants out of life, except for Hamlet to like her. So when shit starts to get real, she doesn't have the inner resources to cope.

Gerty Farish, from The House of Mirth by Edith Wharton

Gerty is the bright side of basic. She only wants a few simple things in life (like to, uh, marry her cousin), but if she can’t get them, she just doesn’t have enough inner reserves of emotional ugliness to hold them against the world; her heart is already too filled with love for emojis and Reese Witherspoon movies for that. Gerty makes a strong case for the neutrality of the basic as a force for good in the world, contrasted with the constant brutal effort exerted by everyone in the society that Lily Bart rolls with. But then again, they cut her out of the movie, so perhaps not that strong a case.

Amy March, from Little Women by Louisa May Alcott

Except for that time she burned Jo’s manuscript, Amy is essentially a good basic, because Alcott seemed to think the world was essentially a good place — a place where even a shallow little girl who just wanted to be fancy and have a nice nose ended up being incapable of marrying for money.

Becky Thatcher, from The Adventures of Tom Sawyer by Mark Twain

Of course, sometimes a basic is just a basic, not a complex metaphor for the relative cruelty of the world around her. Yes, Becky is a victim of her times — a time when being non-basic practically meant you were, like, practically a witch. Still, it’s tough to read these books now and really give a shit if she gets out of that cave. She and Tom are actually both basic as hell.

Who is Cosette, really? A prissy little basic flopping around in her night dress when there's a war going on? Or a tough lady who survived a traumatic childhood and has more than earned the right to chillax with some scented soaps for a little while? Is constant inner turmoil the only way to be a bad bitch? Or are we just pretending that while secretly wishing we could all just kick back in some sweatpants that say something funny across the butt and watch some Friends reruns?

Lydia Bennett, from Pride and Prejudice by Jane Austen

Petty, unfocused, hat-lovin' Lydia is probably the kind of basic all those mean men's website articles are talking about. But she, too, is a symbol of her times — a time when you had to fight like hell as woman to be allowed to do anything besides, like, think about a hat.

Daisy Buchanan, from The Great Gatsby by F. Scott Fitzgerald

Gatsby loves Daisy for her sheer basicness — she’s so very free of individuality or any wrinkle of uniqueness, that he can read into her anything he wants, from depth to kindness to the potential a new start. But Daisy is the harshest example on here of the cruel winds of basicness — the same basic qualities that make her so alluring also keep her from giving a shit about how many lives she ruins, because Daisy can’t see any further than whatever is in front of her (Tom, Gatsby, a PINK by Victoria’s Secret Store). Is the American Dream the basic-est bitch of them all?

Ned Nickerson, from the Nancy Drew books by Carolyn Keene

And sometimes, a basic is a basic just because no one cared enough to write in a personality. Ugh, Ned, you’re more basic than a Pinterest wall full of artfully shot pictures of cupcakes and inspirational quotes incorrectly attributed to Marilyn Monroe. You're lucky that you always showed up just in time help her all those times she got tied up at some old mill, or I'm sure Nancy would have kicked your basic ass to the curb.