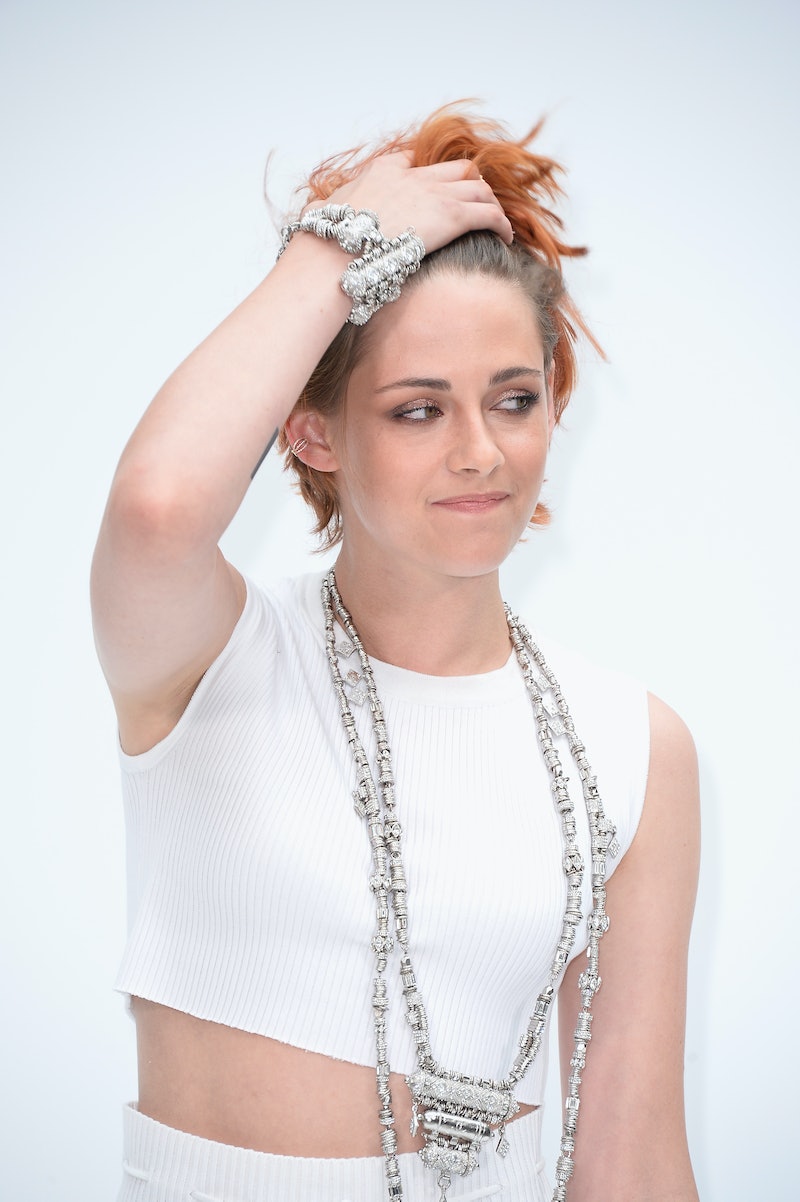 Oh SNAP, guys. It's time for us all to come to terms with the fact that Kristen Stewart and Nicholas Hoult may actually be an item. Kristen Stewart and Nicholas Hoult did the Ice Bucket Challenge together, solidifying the fact that they hang out on the regs. I mean, they did get lunch together that one time. Know what this means? Time to pick out the couple name. "Koult" sounds too much like "cult" but "Stoult" is too similar to his former couple name "Joult." I'd say that "Kricholas" is a happy medium.

On Thursday evening, Stewart responded to Anne Hathaway's nomination for the Ice Bucket Challenge by uploading a video to YouTube with her own spin on the viral dare. Take note: Mia Thermopolis and Bella Swan are friends, and Anne Hathaway is now on Instagram. In the video, K. Stew is joined by her Equals costar and potential spooning-partner Nicholas Hoult, as well as a friend confirmed to be Scott Fahrendorf by The Huffington Post. Their approach to the challenge is actually kinda hardcore.

Instead of simply dumping buckets of cold water over their heads, which lasts for a maximum of two seconds, Stewart and the gang opt for a boot camp approach. In a compound statement about fighting ALS and California water conservation, the three amigos submerge their heads in buckets of ice-cold dirty bathwater for around 10 seconds, then each dump the buckets over their heads.

That, ladies and germs, is what a "Kricholas" date looks like: a Jackass segment with a third wheel.

Alright, I understand this is all highly speculative, and of course these two are hanging out because they're currently filming Equals together. However, the devil is in the details with these celeb Ice Bucket Challenges. Note very briefly how K. Stew's stumbling over her nods throws Hoult into absolute stitches. I mean, it was funny, but not that funny. That is, unless you're heavily crushing. You can't fool me, Nick. You and Kristen are totally in like with each other.