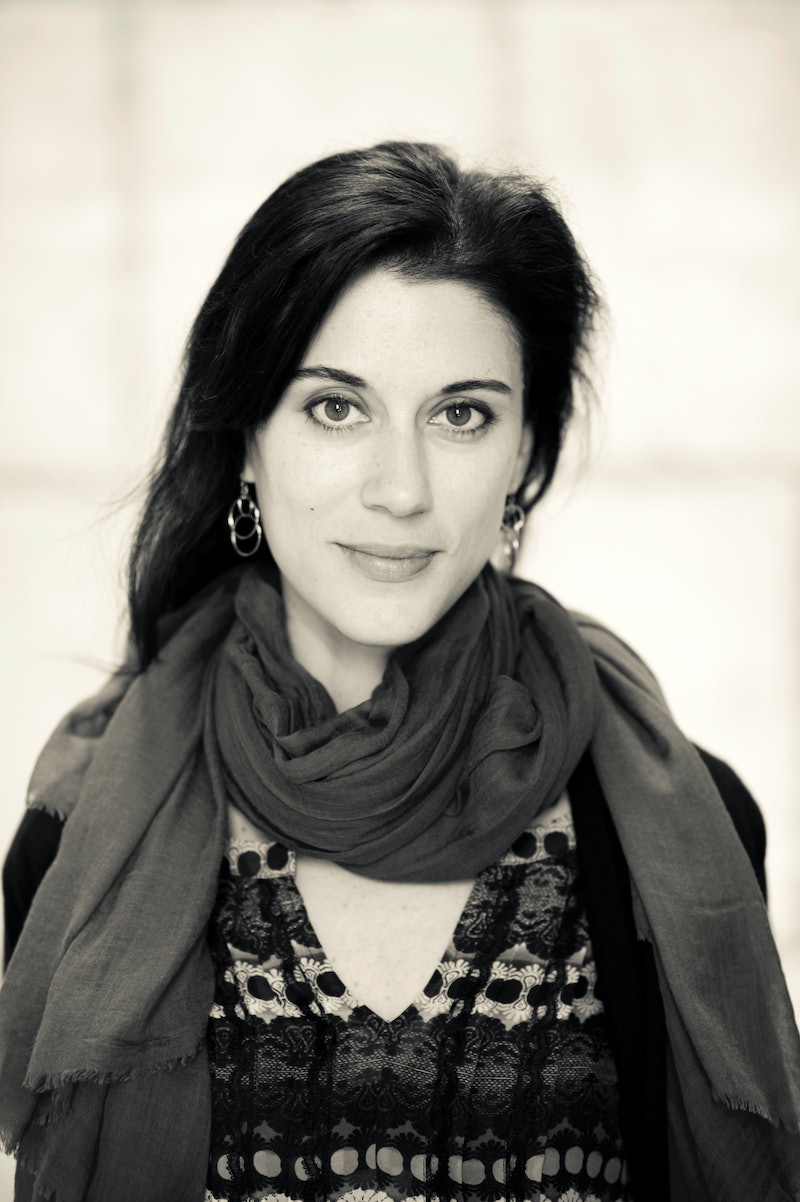 Cherien Dabis remembers the exact moment that everything changed: she was 14, the Gulf War was underway, and the Secret Service had come to her high school to investigate a rumor that her 17-year-old-sister, Arab-American like the rest of her family, had threatened to kill the president. Of course, the claim was false — but it was at that moment, surrounded by hatred and bigotry, that Dabis, now the writer/director of the identity-exploring movies Amreeka and May in the Summer , realized she had a major choice to make: reject her culture, hiding from her "otherness," or embrace the very thing that set her apart.

"It was a huge political awakening to me," Dabis, 37, tells Bustle. "I realized that no matter how hard I tried to be American, people were always seeing an other. So I started to embrace my Arab identity, my Arab culture, my Arab heritage, and started to move towards it in a way that began the process of embracing who I was as a whole — both sides, the American side and the Arab side."

And that experience, she says, has been "a real privilege," one that has given her a "perspective and a ability to step back and look at things in an objective manner."

"Naturally," she adds, "that was involved in my becoming a filmmaker."

Dabis, a TV writer, made her first short film, Make a Wish, in 2006. Three years later, the feature-length Amreeka was released to high praise and Sundance success; on August 22, her second film, May in the Summer, will debut. Like its predecessors, May, about a New Yorker who travels home to Jordan for her upcoming wedding, focuses on the struggles of being Arab in America; unlike the others, however, this movie is Dabis' first attempt at also discussing what it's like to be an American in an Arab country.

In May, the eponymous protagonist, played by Dabis in her acting debut, travels to her family's Jordan home for her wedding to a Muslim-American scholar. Reuniting with her family, chaos ensues — her sisters go wild, her estranged father re-appears, her mother threatens to boycott the wedding, and May herself begins doubting her decision to marry a man whose mere presence threatens to tear her family apart.

"It’s inspired by my cultural experience, traveling back and forth to Jordan every summer as a kid," explains Dabis, who was born in the U.S. but whose parents hail from Jordan and Palestine. "My entire family is there... it was like going home to make a movie."

Yet while the setting might've been taken directly from the director's life, the drama was — thankfully — fiction. Even still, she's familiar with several of the film's central themes.

"For a lot of people who grew up as first-generation, there’s a lot of misunderstandings between the parent generation and the first-generation children," Dabis says. "May’s caught between all of the conflicting influences: religion and culture, and traditionalism vs. modernity. She's struggling to make herself vulnerable enough to build a life on her own terms, and build a future on those terms, terms that are free of parental expectations, and cultural expectations, and even political expectations."

Dabis also wanted to depict an Arab-American experience that wasn't bound by violence or fear, as is the norm for pop culture.

"I feel like my entire quest as a filmmaker has been about showing different aspects of life in the Arab world," she says. "My experience for what it means to be Palestinian is one that’s full of love and culture and language."

And, as shown in May, one that's full of family, as well. A middle child of five girls, Dabis used her own experience with sisterhood to color the relationships between May and her two sisters, played by newcomer Nadine Malouf and Arrested Development‘s Alia Shawkat.

"I grew up in a household of really strong women, four sisters and a matriarch," Dabis says. "They’re always a huge inspiration for me."

Her three years as a writer on The L Word also influenced the characters she chose to create and the type of movies she wants the world to see.

"There were so many strong women both in front of and behind the camera," she says, "and that was just a real inspiration for me in every possible way."

Really, though, writing realistic, complex female women, especially those of "unconventional" (for Hollywood) backgrounds, is just "natural" for Dabis.

"My experience as an Arab woman is very different than what people generally expect," she says. "So I wanted to portray the kind of Arab women that I know — the strong, feisty, survivor-type women that I know and love in the Arab world."

May in the Summer opens in limited release on August 22. Check out the trailer below:

More like this
At 14, Jenny Han Wrote Rom-Coms About Her Friends & Fan Mail To Leo DiCaprio
By Alyssa Lapid
A New ITV Doc Follows Dame Kelly Holmes’ Emotional Coming Out Story
By Sam Ramsden
Aesop's Queer Library Is Open
By Tomi Otekunrin
Daryl McCormack On His Unusual First Audition With Emma Thompson
By Olivia-Anne Cleary
Get Even More From Bustle — Sign Up For The Newsletter