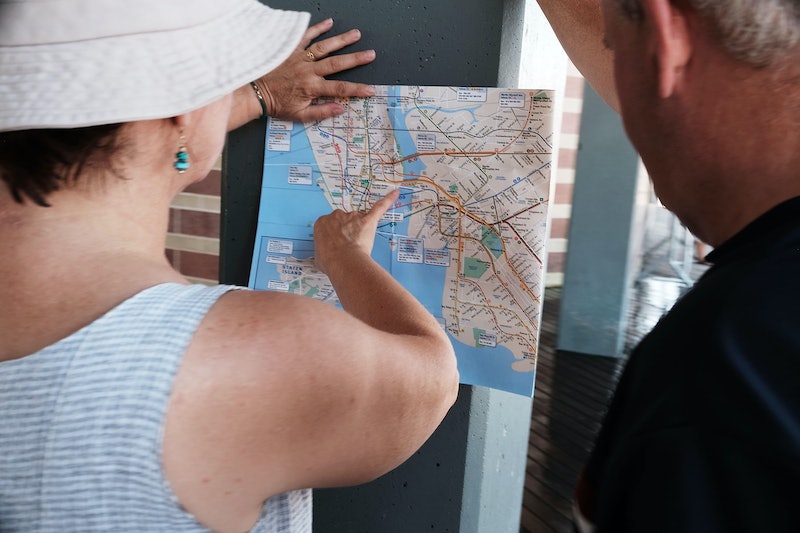 Have you ever wondered how happy your state is in comparison to the rest of the country? How about how sad it is? Or disgusted? Well, good news: Now we know, and we’ve got the maps to prove it. Real estate site Movoto performed a little experiment using the profile photos of over 200,000 online daters, and the results might shed a little light on the emotional state (pun not intended, I swear) of the nation.

Using a facial recognition algorithm capable of detecting a range of human emotions, Movoto analyzed the emotional expressions of each of those online daters. Then they arranged the results in a series of maps, and, well … you all know how much I love a good map. There’s a map for each of five emotions — happiness, fear, disgust, anger, and sadness — and they all color-code the nation’s 50 states by the strength of each emotion.

Of course, it’s worth bearing in mind that this analysis is based on facial expressions alone; just because someone looks a little downtrodden doesn’t necessarily mean they are downtrodden. Anyone with Resting Bitch Face (that would be me) might also skew the results a little. But with that little caveat, here’s what Movoto found. Six states stand out here: Michigan, Wisconsin, Illinois, Utah, Oregon, and Connecticut. I kind of dig how spread out these states are; there doesn’t seem to be one specific area of the country that’s happier than any other (at least when it comes to their online dating profile pics). Weirdly, though, there doesn’t seem to be a whole lot of happiness down south: Mississippi, Alabama, and Georgia create a swath of pale yellow on the map, which indicates a pretty low rate of good feeling. Man. New York didn’t score too badly on the happiness map — it hovers on the low end of the middle — but why on earth is the state so scared? I mean, online dating in the city can be a little bizarre (something I will admit even though I had a pretty good experience with it); but is it really that frightening?

But hey, at least the Empire State scores pretty low on the sadness scale: Interestingly, Nevada, Illinois, South Carolina, and Maryland seem to show the least depressed-looking expressions. Out of those four states, I’ve only been to Maryland; can anyone who hails from one of them enlighten us as to what your state is doing right? Because clearly we could all stand to take a page out of your book.

Is anyone else a little curious about how this data might compare with, say, Jawbone’s report on which cities are the most sleep-deprived? Are better-rested people happier daters? My hypothesis is that yes, they are, but maybe I'm wrong. It might be worth looking into. Who knows?

Head on over to Movoto’s blog for more — but if you happen to live in a state that scores highly on anger and disgust, I wouldn't let it deter you too much. Dating is supposed to be fun, remember?

More like this
5 Differences Between YouTube Shorts & TikTok
By Emma Carey
15 Years Of The iPhone, In Pictures
By Emma Carey
How to Delete (or Pause) Your Hinge Account
By Emma Carey
How To Protect Your Digital Privacy If You Need An Abortion Post-Roe
By Kaitlyn Wylde
Get Even More From Bustle — Sign Up For The Newsletter