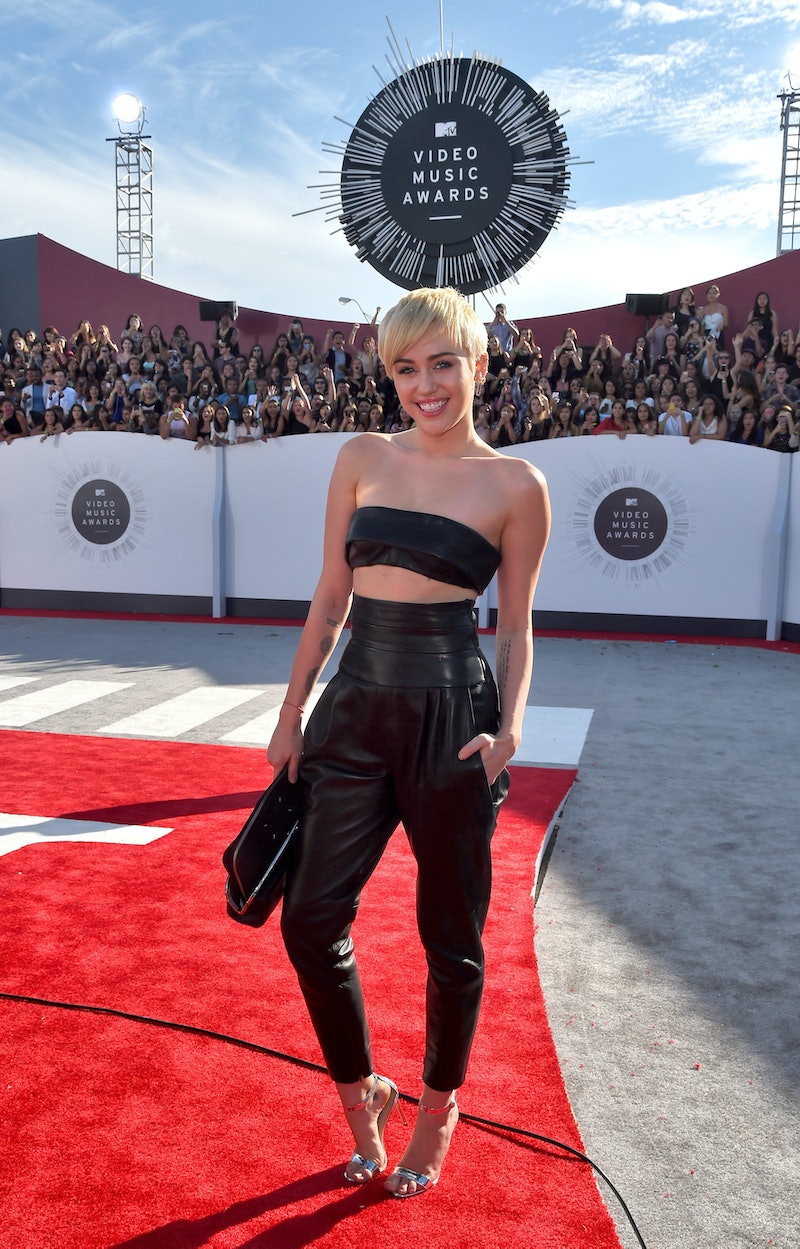 Well folks, can you believe it's been a whole year since the infamous "Miley-gate," otherwise known as the "twerk-heard-round-the-world"? I can't either. And quite frankly, I don't even remember what happened at MTV's Video Music Awards last year besides a nude-bikini-clad Cyrus gyrating on one Robin Thicke. The Parents Television Council couldn't forget the scene either. In the days leading up to this year's broadcast, the PTC wrote to MTV asking for guarantees regarding what they hope will be lack of sexual content in the show. But this year, the singer classed it up a bit: Miley Cyrus wore a surprisingly tasteful leather ensemble to the VMAs.

At least they won't have to worry about a Miley performance this year! But let's be honest, since she can't actually perform naked, is there really any way she could've topped last year? I'm actually surprised she didn't try to walk the carpet in pasties and a thong given her Instagram/Music Video/Magazine spread history this past year. She actually showed up in a relatively tame leather ensemble. Her outfit features a bandeau top and matching, pleated, high-waisted pants. And her double top-knots? No where in sight. Cyrus has really cleaned up and toned down since last year.

However, I can't say she didn't follow through with her signature shock-value. I mean, this chic black-on-black look is definitely unexpected with Cyrus' track record.