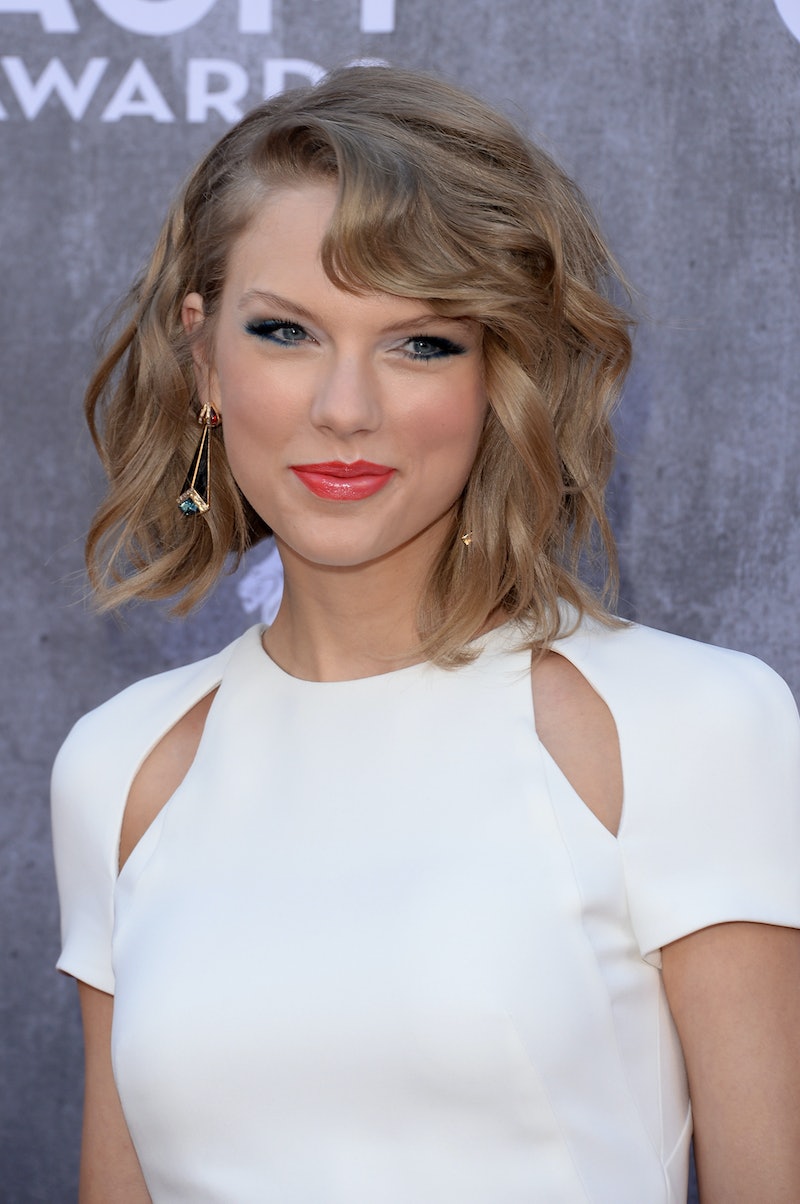 Learning that T. Swift was putting love songs on the back burner in favor of a more girl power type album was exciting to hear. But not as exciting as learning about Taylor Swift's self-described "feminist awakening." That's right, in an age where feminism continues to get a bad rap and countless starlets have pushed away the label, T. Swift has opened up a feminist dialogue and it's actually amazing. She has millions of fans, mostly female, who can learn from her own progress and understanding of what feminism means. This new awareness on her part could open a lot of their eyes.

Swift had already told Fusion magazine earlier this week that her new album "1989" was inspired less by boys who've wronged her, and more by her time “surrounded by this great group of strong, beautiful, smart women who challenge [her] and push [her] forward.” But it turns out her feminist attitude goes even deeper than I thought.

In an interview with The Guardian, Swift opened up about the label and how she's learned to embrace it with a little help from her friend Lena Dunham.

I mean, duh, because contrary to what a lot of people think, feminism is just advocating for women to have equal rights alongside men. But Swift didn't know that definition until now.

"As a teenager, I didn’t understand that saying you’re a feminist is just saying that you hope women and men will have equal rights and equal opportunities. What it seemed to me, the way it was phrased in culture, society, was that you hate men."

Ugh. I don't hate men, but I do hate that tired and inaccurate description.

Don't worry though, Swift has come around to the term, and is now apart of the movement. "I think a lot of girls have had a feminist awakening because they understand what the word means," she said. "For so long it’s been made to seem like something where you’d picket against the opposite sex, whereas it’s not about that at all."

No it's not about that at all, and more people need to know that. So for someone like Swift to talk about it on a public platform means a lot. So, Taylor, Congratulations on your awakening. On behalf of feminists everywhere, we appreciate your support and continued advocacy.