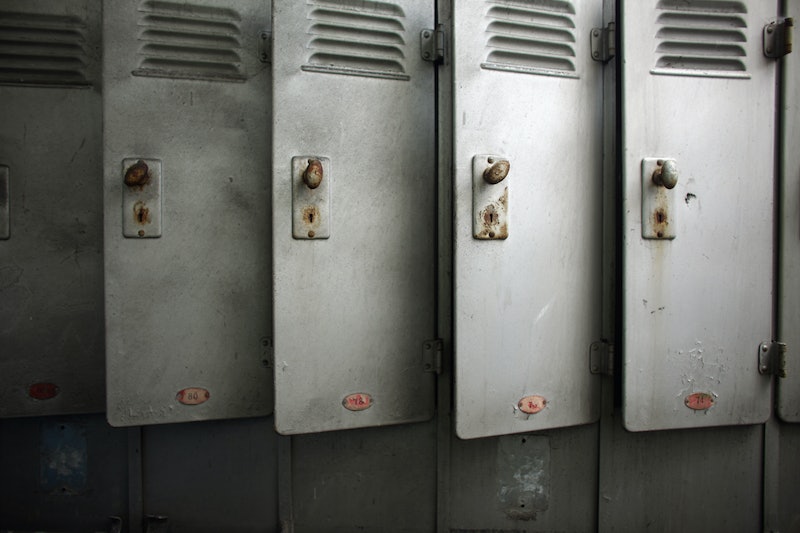 Imagine it's your first day of school, and naturally it's August and therefore hot as an ungodly inferno, and so lots of girls have opted for clothes that are "skimpy" or as I like to refer to them, "weather appropriate." Now imagine that your high school superintendent reacts by calling these girls "skanks" at an assembly in front of the entire school. As crazy as it sounds, if you were a student at Noble High School in Noble, Oklahoma, that is probably exactly how the first day of school went down.

And the whole thing gets even worse, too. Apparently the superintendent, Rhonda "Mama Bear" Bass, also did numerous dress code checks on the female students (and only the female students) in which she asked the girls to bend over to better ascertain the length of their skirts. According to students, she told the girls, "If you’re not comfortable with bending over, we might have a problem."

I think I speak for all of us when I say what the fuck?

When asked if she had actually called her female students "skanks," Bass did not deny the allegations, saying instead, "I knew that students from other towns were calling our girls really negative names. The message I wanted to send to them was I don’t want them to be called those names." She added that she would rather her students be known as "classy Lady Bears," probably a reference to the school's mascot, the bear.

Whatever the motivation, humiliating students is never acceptable. And, honestly, Bass's supposed motivation in this instance is shit. She wants to stop students from other schools from calling her students skanks so she goes ahead and does it herself? How about instead she says that she supports her students' right to dress however they damn well please, that she's proud of them no matter what they look like, and oh by the way, the average high temperature in Noble, Oklahoma in August is over 90 degrees so everybody can just lay off already.

And while we're at it, maybe we can stop policing girls' bodies altogether, and instead of justifying it by saying we must shield boys from distraction we could tell high school boys to just keep their eyes in their heads. Because honestly, giving high school boys the impression that they shouldn't be expected to be rational, thinking humans in the face of a miniskirt does them no favors once they get out into the real world.

With any luck, the parents in Noble who are trying to get Bass removed as superintendent will be successful, and the school will start supporting female students rather than shaming them. And hopefully other schools will start doing the same.