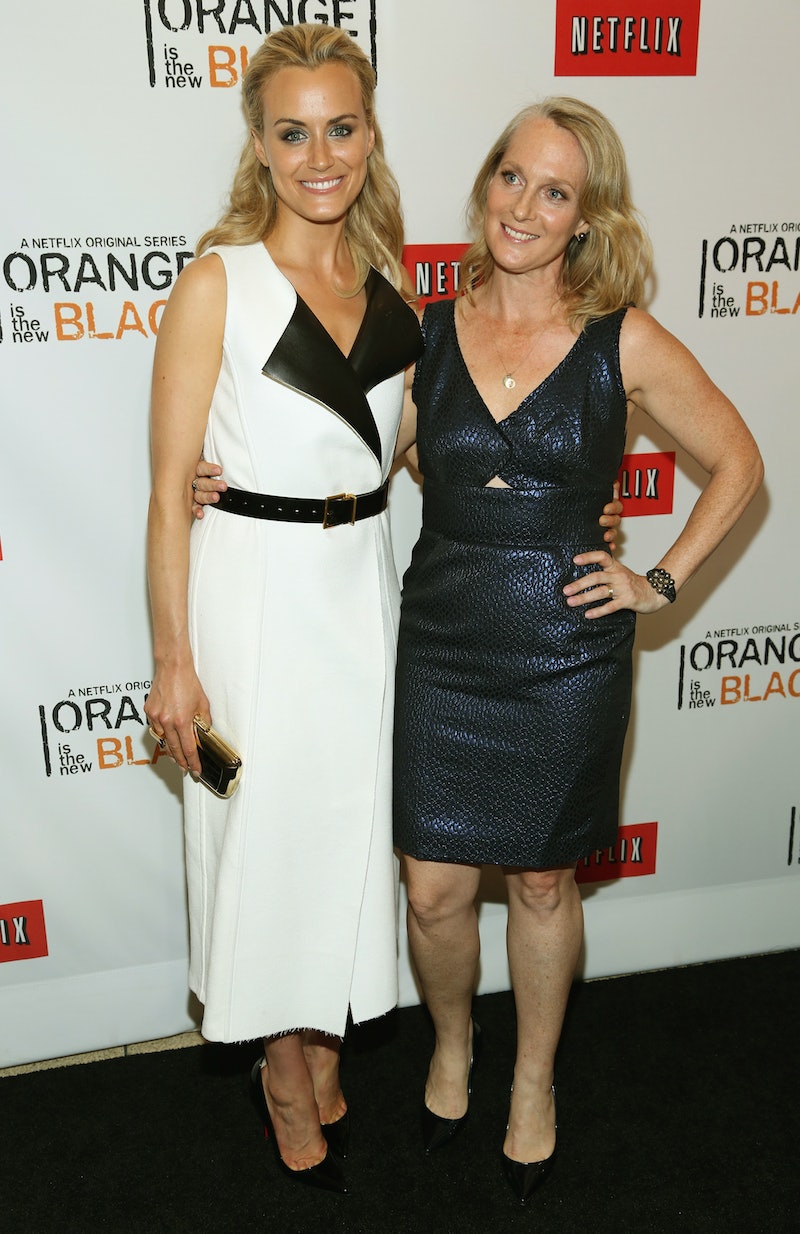 It's true: 2014 is the year of Orange is The New Black — and it doesn't seem to be slowing down anytime soon. Just as soon as the female prisoners of Litchfield conned their way into our Netflix-loving hearts, OITNB 's popularity has exploded, making it the number one trending show on Google last month, according to Zap2it. Not too shabby for one of Netflix's earliest original series, huh? And in case you're suffering from withdrawal after having devoured the show's second season, there's a little taste of OITNB waiting for you at tonight's Emmy Awards. Having scored a whopping 12 nominations — a crazy huge accomplishment in itself — the cast and the real life Piper, Piper Kerman, will be ditching their orange jumpsuits in favor of red carpet glam to celebrate their inevitable wins.

In fact, it's not even showtime yet and OITNB has already raked in three little golden statue people at last week's Creative Arts Emmys, including a well deserved win for Crazy Eyes herself, Uzo Aduba. There's no question that we'll see most of the cast at the Primetime Emmys tonight, but there's one important member of the team who remains off camera: Kerman, the woman whose story brought us the groundbreaking series and the author of the book, Orange is The New Black: My Year in Women's Prison, that inspired the plot of the show. Since she's responsible for creating The Best Show Ever, Kerman should definitely enjoy the Emmys spotlight too.

(Side note: If you haven't read the book, you totally should. It's just as amazing as the show — and a great way to pass the time as we wait in agony for season three.)

Kerman was already in attendance at the Emmys performers nominee reception, where she posed adorably with Taylor Schilling, her on-screen counterpart. I can't help but love these two together, and dream of the day when Kerman will make a cameo as a Litchfield prisoner. (Jenji Kohan, make this happen!)

It'd only be right if she joined in to celebrate the show at the Emmys — and lucky for us, she will be, according to her Twitter:

And yes, that is Kerman replying to my Tweet — and yes, it was followed by approximately one hour of fangirling. In my mind, we are now total BFFs.

Now that I know Kerman's going, the OITNB gang at the Emmy's will be complete... and there's even more of a reason to hope that the show will take the win for Outstanding Comedy Series. Fingers crossed!