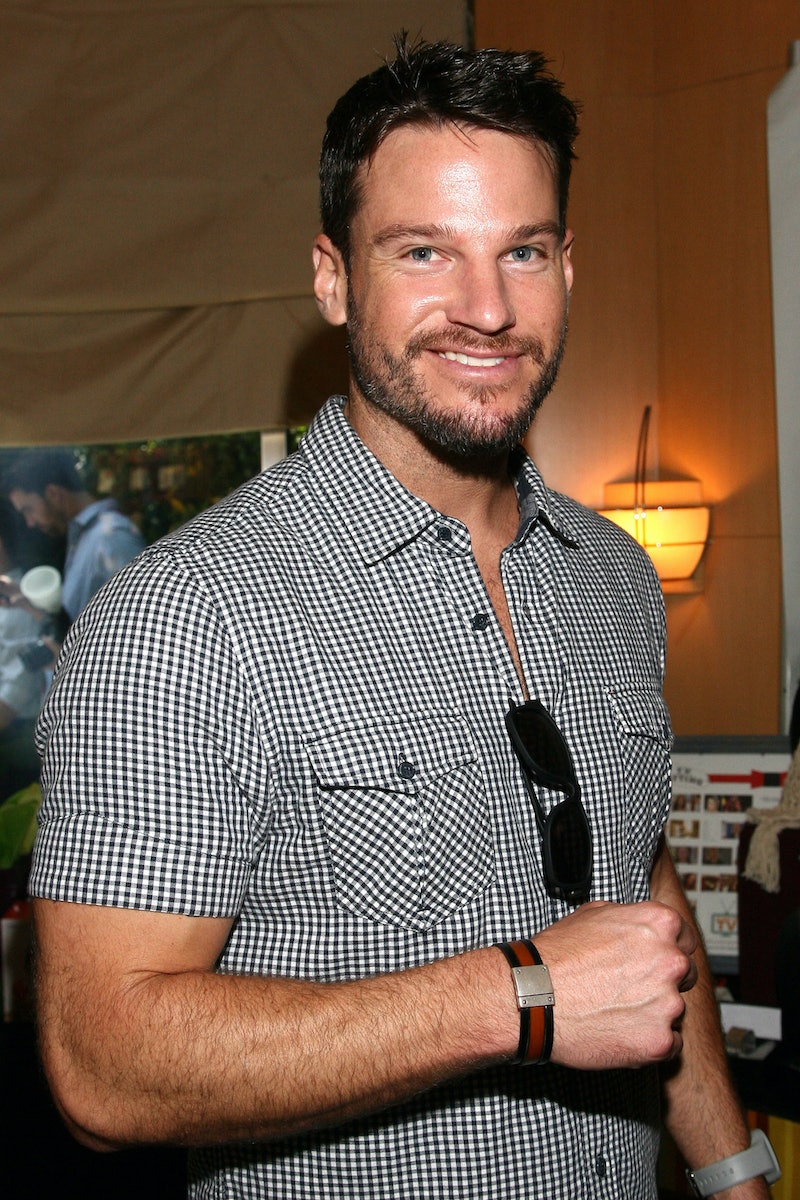 Oh, Bachelor in Paradise. Whatever am I to do with you? If the slut-shaming wasn't enough, Monday's episode promises "something offensive" having to do with contestant Jesse Kovacs will hit Bachelor in Paradise. The Bachelorette Season 5 alum and San Diegan vied for Jillian Harris' heart in 2009 before being booted off in week seven. He then joined Bachelor Pad in 2010 before slipping off The Bachelor radar — until now.

Kovacs is back for some TV time and lady loving in the newest Bachelor in Paradise episode and according to Wet Paint, not everything goes as planned. Was this source perhaps just be Chris Harrison drumming up drama for a "shocking" Bachelor moment? Just how "offensive" will this moment be? Who knows? In fact, we don't know a whole lot about Kovacs in general. To be honest, I'd forgotten he existed, which is how I feel about a good portion of the Bachelor in Paradise cast. So he's in good company alongside people like Graham what's-his-name and Danielle who-was-supposedly-from-Juan-Pablo's-season (but whom I don't remember at all).

So in the interest of educating myself and you, I've dug into Kovacs' Internet history to see what came up. Is he a troublemaker in real life too? Or is he more like Chris Bukowski? A reality TV disaster but a seemingly nice guy off-screen? Let's see.

HE CUDDLES WITH CATS

How could someone who invites a stray cat into their arms be a bad person?

I dunno, posting a ton of pics of that time he got to judge a beauty contest seems a little over the top. Especially with that humblebrag caption.

HE GOES TO THE MALL WITH HIS DAD

BUT... CALLS HIMSELF A D BAG

I feel like once you're at the point where you think admitting it makes for a cute caption, you have a problem.

HE LOVES HIS NIECE

BUT... WAS A JERK ON BACHELOR PAD

According to his fellow Bachelor Pad contestant Elizabeth Kitt, she and Kovacs were dating prior to the show. In fact, he never even told her he'd be on it alongside her. "I don’t care if the producers told him not to tell me, you don’t do that to someone you supposedly care about," Kitt said later. But once the pair met in the Bachelor mansion, he acted like he didn't even know her. Harsh.

The man is apart of three different businesses: a winery, vapor bar, and clothing company. Surely someone so busy making a name for himself in the business world wouldn't get mixed up in reality TV drama right?

Um, hello lame Instagram caption that reads, "What I do on a Saturday afternoon. I fist and fingered it." Are you 11?

HE OWNS A RAD WALLET

I can kind of get behind anyone dorky enough to buy a sandwich wallet.

BUT... COULD BE TOO MONEY HUNGRY

After the Bachelor Pad finale, sources revealed they would have pegged Kovacs for a "keep" kind of guy — aka Kovacs would take the $250,000 from his partner and keep it all for himself. Kind of a low move. Especially when his partner was Elizabeth, whom he had supposedly dated and said he was falling in love with. Good thing he and Elizabeth weren't the final two making the decision to share or keep, because Elizabeth would have walked away with nothing.

Kovacs has made some, let's say, offensive choices in recent years but the majority of those happened on reality TV and not off. It seems like he is capacble of something that will shock viewers on screen, but off TV he seems like any other guy. He, Chris Bukowski, and their split personalities would probably be pretty good friends.

More like this
Bachelor Nation's Blake Horstmann Is Dating 'Love Is Blind' Star Giannina Gibelli
By Jake Viswanath and Radhika Menon
Everything We Could Expect In Gabby & Rachel’s Season Of The Bachelorette
By Kadin Burnett
Jesse Tyler Ferguson Had A Funny Run-In With A Fellow ‘Modern Family’ Alum
By Grace Wehniainen
Yes, You Can Really Charter Below Deck Med’s New Superyacht, Home
By Brad Witter
Get Even More From Bustle — Sign Up For The Newsletter