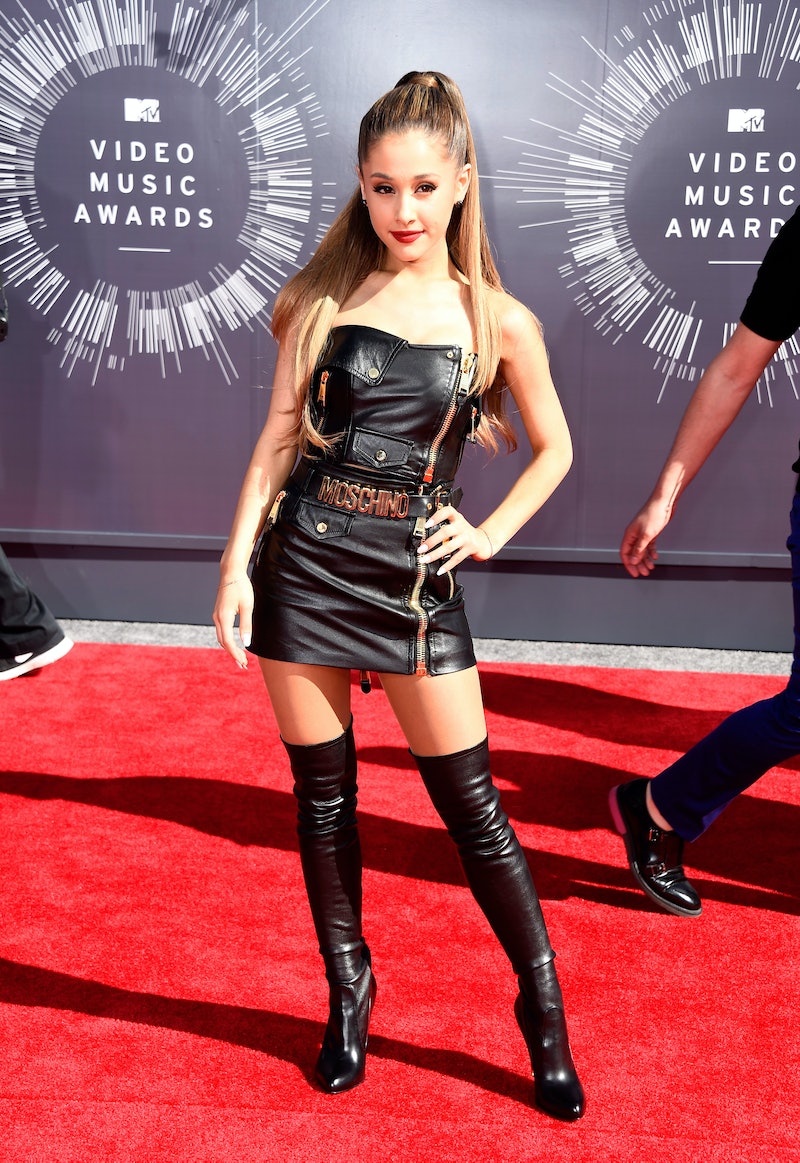 Could we possibly love Ariana Grande any more than we already do? The singer who's set to open the 2014 MTV VMAs with "Bang Bang" didn't have her alleged new boyfriend Big Sean on her arm on the red carpet Sunday night. Ariana Grande brought her adorable grandma as her date to the 2014 MTV VMAs which could only be more perfect if her brother, Big Brother contestant Frankie, were there too.

It should come as no surprise that Grande brought Grandma Grande with her to her biggest VMAs yet. I mean, her grandma is frequently the star of Grande's Instagram account and seems like the coolest grandma on this planet. (Just look at this video of her grooving to "Bang Bang" in the car.) Who wouldn't want their biggest fan and the chillest lady she knows on her arm on a night when you've got two highly anticipated performances and you're up for three awards, including Best Female Video?

Grande told MTV on the red carpet that her grandma is "an icon" and "a fashion diva" and sweetly gushed that she hopes to be like her one day. Ugh, seriously, could you be any more adorable Ariana Grande? Actually yes, check out these photos of the pair posing on the red carpet: