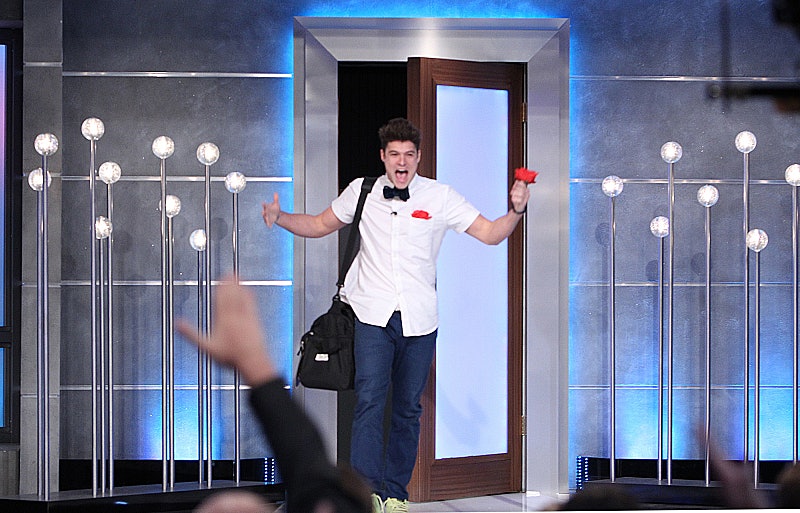 It's only been three days since Zach was evicted from the Big Brother house, but it feels like an eternity since he graced us with his Frankie-loving, pink hat-wearing, troublemaking presence. The truth is, Big Brother just isn't the same without Zach, so it came as no surprise that during the first episode to air without him, #WeMissZach started trending on Twitter.

Upon first getting to know Zach on Big Brother, I didn't really like him. He was loud, obnoxious, and seemed to be trying so hard to be a reality TV villain. However, when he struck up his relationship with Frankie, Zach started to grow on me. Frankie and Zach's relationship, whatever it actually was, gave us our daily dose of adorable that's sorely missing from the house. What are we supposed to do to get our showmance fix now, watch Cody and Christine cuddle? Ew.

Zach was incredibly unpredictable, so the houseguests made the right move in evicting him from the house. You can't trust a loose cannon. But what was detrimental to Zach's gameplay was reality TV gold. His sudden outbursts and rehearsed nomination ceremony speeches provided endless entertainment for us at home. I don't know about you, but "Fruit Loop Dingus" is now a part of my daily vernacular. Zach really had a way with words, and now we're just left with Frankie's second-rate raps. 'Tis a shame.

And based on that trend, I'm not the only one who thinks Big Brother is lacking now that Zach is gone. Tweet after tweet lamented Zach's absence and how the show has lost its oomph without at least one dose of Zach Attack each episode.

Some even speculated that ratings would go down now that Zach isn't on the show.

Well, Big Brother is nearing its end, so I don't know if the ratings are going to have a dramatic decrease now that Zach is gone. The true Big Brother fans will surely stick with the show. But it is going to be much less fun to watch, that's for sure. Until we meet again on Finale Night, Zach.