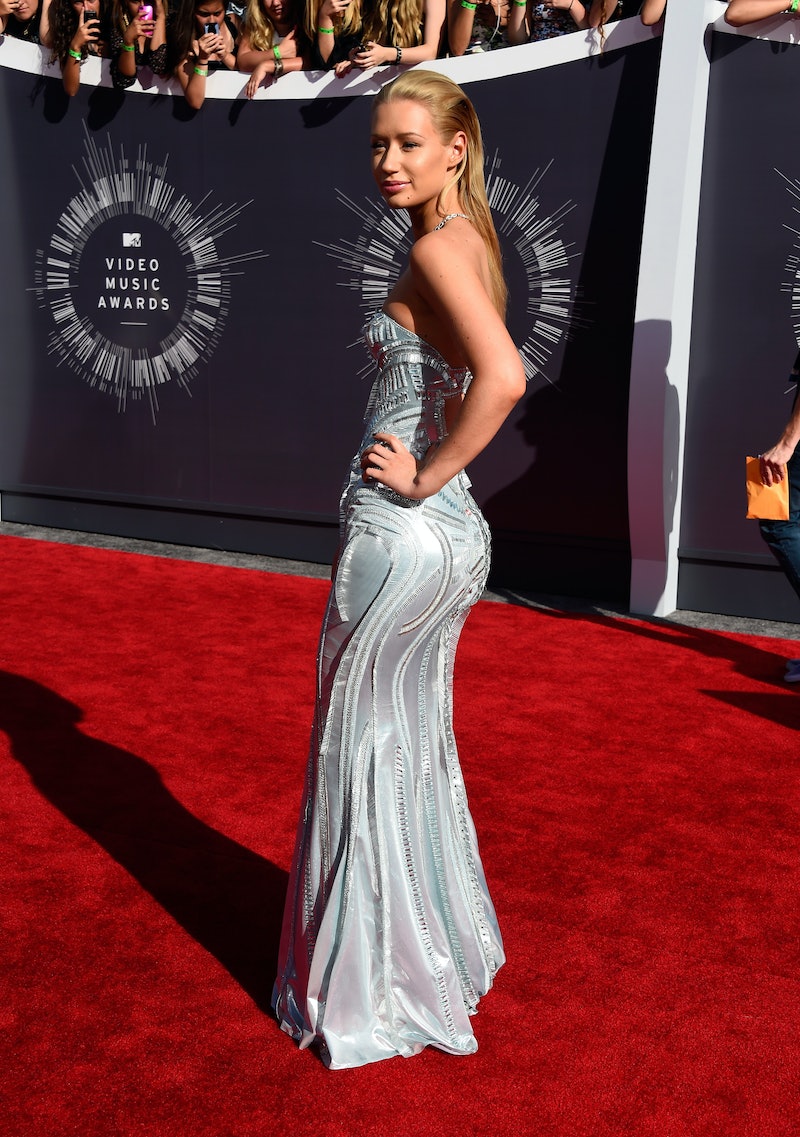 Iggy Azalea is taking another step up in the fashion world…literally! The "Fancy" rapper already has a modeling contract with Wilhelmina Models and is the host of the online reboot of MTV's House of Style. Now, Iggy Azalea is collaborating with Steve Madden to release a collection of shoes due out in February, according to The NY Post.

This collab isn't any sort of a shock, since Azalea loves teaming up with other people/brands throughout her career. Azalea is known for her features, including her appearance on Ariana Grande's "Problem" and her upcoming remix of Jennifer Lopez's "Booty." So the Aussie beauty, who released her debut album The New Classic earlier this year, is no stranger to the art of the collaboration.

I'm dying to see what the rapper, who is statuesque and tall, comes up with for this reported Steve Madden collection. The brand is usually on trend, but to have input and inspiration from an up and coming style icon like Iggy Azalea has me salivating. One can only assume that Azalea will contribute plenty of ideas, input, and influence for the collab, as opposed to simply and merely having her name stamped on the soles and used in the marketing campaign without any real creative contribution to the range.

If the collection is coming out in February, that means it'd be largely comprised of spring styles. Here's my wishlist for what type of footwear I'd like to see as part of an Iggy Azalea x Steve Madden collection, based on previous heels and works of foot art that the rapper has worn.

Azalea showed lots of leg at the 2013 EMAs, but I loved her take on ruby slippers, with an open toe and a super skinny, barely there ankle strap. I'd love to see her do an update of this, maybe with some studding or bejeweling.

The rapper wore these chunky pink and black platforms at the 2014 MTV Movie Awards and they were totally '90s. These may be a bit avant garde and too fashion forward for the mall retailers that stock Madden shoes, but she could tone these down a bit and create something a little more wearable.

Tough, masculine and leather ankle booties are a wardrobe essential, no matter how sexy your style or what the season is. Azalea and Madden could offer a flat-heeled version of this pair, perhaps with an Iggy-branded inner lining and soles? They should totally line the boots with the word "Fancy" in script.

Azalea's nude pumps here are fierce, thanks to the extreme point and stiletto heel. That said, this style, in an assortment of colors and finishes, from black to red to green to pink, in either a glossy patent or a soft matte, would be aces and wearable for just about every occasion.

Every spring and summer wardrobe needs a few pairs of strappy sandals, preferably with a heel. A multi-strap pair would go beautifully with dresses, skirts, and leggings or skinnies that hit the ankle, like so.

Azalea and Madden need to do a caged heel, which is both sexy and dressy, in a bold, bright color, like the pair the songstress wore with a long pencil skirt. A caged heel would go well with any neutral color or classic cut.

More like this
The Best Heels For Bunions, According To A Podiatrist
By Margeaux Baulch Klein and Maria Cassano
Khloe Kardashian & Emma Grede Promise Inclusive Fitting Rooms In New Store
By Allie Fasanella
Prada’s Cleo Bag Is Deliciously ‘90s & Celebrities Are Obsessed
By Allie Fasanella
Emily Ratajkowski Just Rocked Another Saucy Naked Dress
By Allie Fasanella
Get Even More From Bustle — Sign Up For The Newsletter