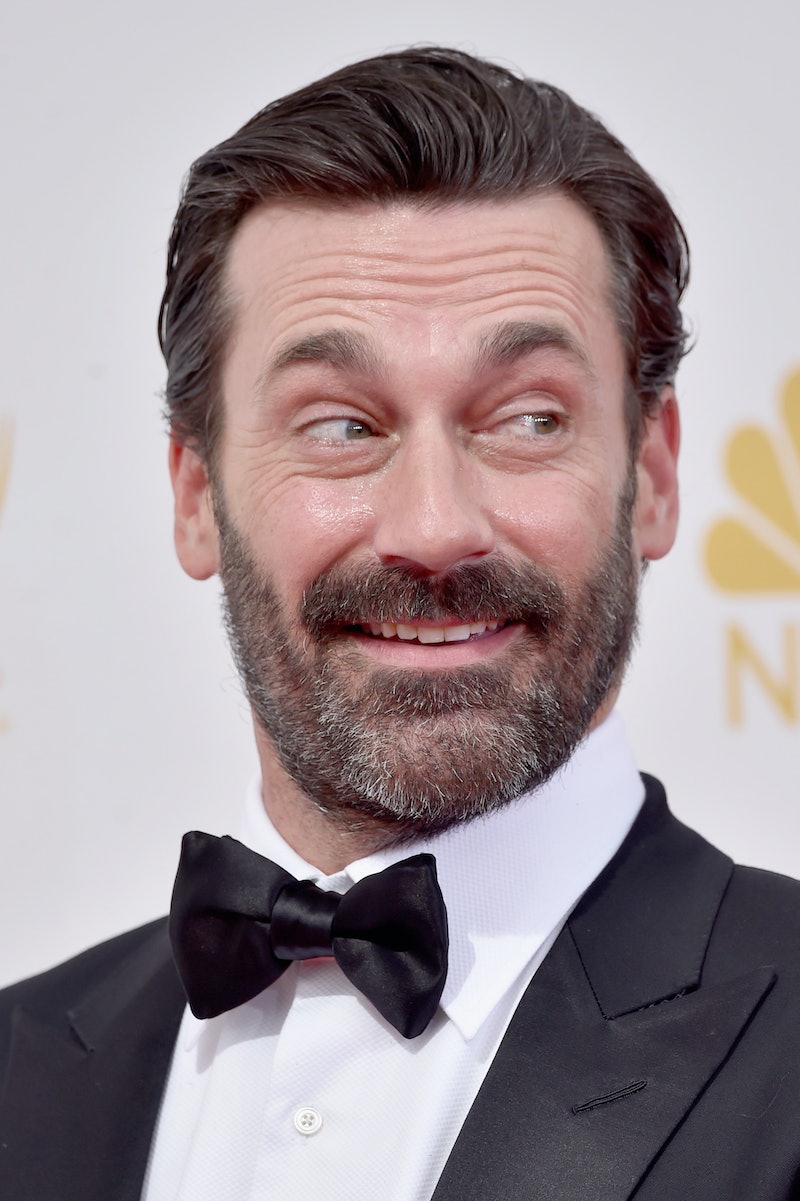 Have you ever gone to see a friend's comedy routine, only to watch him or her crash and burn and feel the soul-crushing silence of a room of people refusing to laugh? What about if I changed that friend to celebrities you wish you were friends with and who are usually super funny people? And what if instead of a comedy club, I set it all in the Nokia Theater in Los Angeles? Got that image stuck real good and tight in your noggin? Well, that, my friends, is exactly what happened at the 2014 Emmys on Monday night. A whole lotta awkward silence.

Sure, it was weird and slightly off-putting to have a full-scale awards show on a Monday night (typical Hollywood, partying on a work night...says someone's dad...somewhere). And yeah, it was especially exhausting after the MTV Video Music Awards took over every waking hour on Sunday evening. But it seemed like everyone was taking puffs of Sarah Silverman's medicinal vaporizer in that auditorium because it was quieter than Sunday mass in there.

What exactly went wrong this year to make everything so especially dreadful? I've done a very scientific analysis to get to the bottom of this. Spoiler: It just wasn't that funny.

9. The "We Get It, Jon Hamm Doesn't Win Emmys" Half-Hearted Chuckle

Wow. We have never, ever heard that joke before. Definitely a new one, Seth.

8. The "I Really Lost to American Horror Story?" Snort

Yes, we saw you, Julia Roberts.

7. The "Why Isn't Amy Poehler Making Me Laugh" Confounded Giggle

The woman "wrote" her intro for Seth so that he had to call her Beyoncé. And then she did that walk. Clearly there had to be more hilarity after that, right? AMY? AMY, WHY AREN'T WE LAUGHING? WHICH WAY IS UP? WHY DOES EVERYTHING TASTE BLUE?

"Well, I'm grateful you had all the plagiarized parts," Woody Harrelson joked to Matthew McConaughey (referencing claims that True Detective creator Nick Pizzolatto plagiarized to create the series). I mean, in their defense, I guess it's not like they could get fired from True Detective Season 2.

5. The "Julia Roberts Is Still Being Really Awkward" Scoff

She came up to present the award for Best Actor in a Drama Series and proceeded to make it all about her (and take way, way too long). Look, I normally love Julia Roberts, but dragging out the most dramatic category of the night by calling it "horrible" over and over and then talking about how you need a hug is not helping my nails, which I had bitten off completely while waiting for that envelope to be opened.

4. The "How Is Stephen Colbert Not Funny Right Now" Eyebrow Jolt

He talked to his imaginary friend Roscoe for an entire bit that not a single soul laughed at (until the rich folks in the room could get behind the "Roscoe has the keys to the limo" bit). I'm sure Colbert has the talents to wrap up a bit that isn't working. These shows tend to run longer. Why did he insist on carrying that all the way through?

3. The "Is Gwen Stefani Related to John Travolta" Hushed Disbelief

2. The "Does Weird Al Own a TV, Because His TV Tribute Is Weird" Stunned Silence

“She just loves the President,” “Jon Hamm's never won an Emmy,” and “Coupla gay guys thats why it’s Modern Family” aren't exactly the most intelligent summations of Scandal, Mad Men, and Modern Family. “Here come dragons galore and some boobs...and to be fair there’s way more boobs” isn't exactly right about Game of Thrones, but he had Andy Samberg dress as Joffrey and hand a typewriter to George RR Martin so he could speed it up. So I'll let it go.

1. The "Sofia Vergara on a Damn Pedestal" Adamant Rage Silence

They put Vergara on a pedestal so we'd have something pretty to look at (her ass) while a man talked about something important (diversity). Hell to the no. Worse than Modern Family winning again and those infernal Breaking Bad chimes.