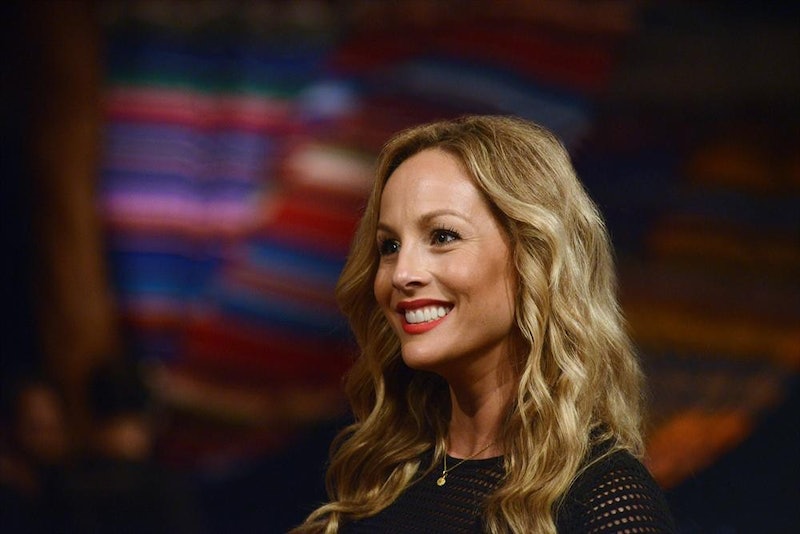 Unfortunately on Tuesday night Clare Crawley left Bachelor in Paradise when she walked off the show. Between AshLee Frazier slut-shaming Clare over her sex with Juan Pablo and Zack Kalter being unsure about their relationship, Clare decided she couldn't take it anymore. I'll miss her badass confrontations, but honestly Clare was too good for this show so it's probably for the best that she left. For her Juan Pablo past to follow her onto this show is lame. She was screwed over by JP and by the gossipy girls on Bachelor in Paradise. Then she was jerked around by Zack who said he wanted a relationship one second and backtracked the next.

After another heart-to-heart with her friend the raccoon, Clare decided having a panic attack on national television wasn't what she wanted anymore. She called a car and packed her bags and said goodbye to Paradise for good.

Clare deserves a healthy relationship, or as she put it, to be with "a guy who knows what he wants." Clare certainly knows what she wants: to be treated with respect and she was clearly not going to find that on this show. AshLee slut-shamed her from the very first episode, getting mad when Clare tried to ask Graham Bunn on a date and then continued to trash her behind her back while pretending to be her friend.

This catty environment was beneath Clare and she should probably find a guy who doesn't have a reality TV background. It's time for Clare to be treated not as just another JP conquest and instead as the smart, strong woman that she is.

I wish Clare all the best, and hope she gets that Dancing With the Stars contract after all. Maybe she'll find true love there like Meryl Davis and Maks Chmerkovskiy almost did. That would be a reality TV romance that I could stand behind.