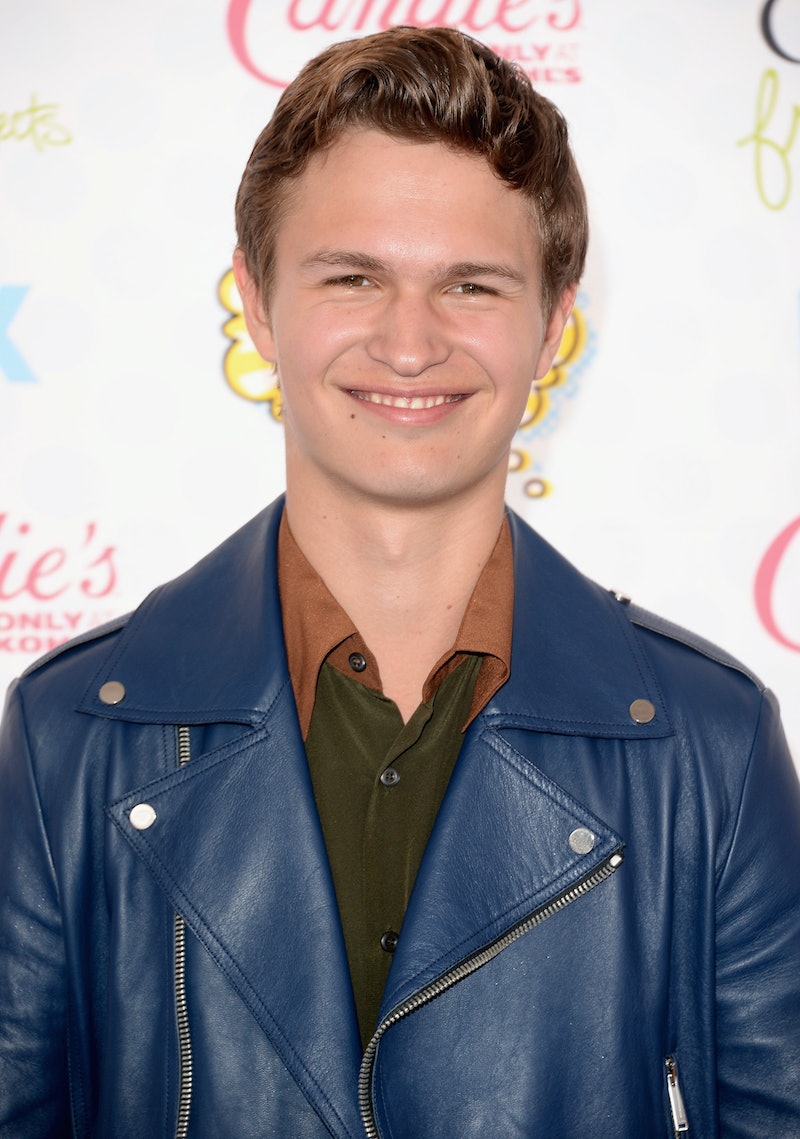 Here comes another reason to cry over Augustus Waters. The first time he made us sob into our hands was when we found out that Elgort has been dating high school sweetheart Violetta Komyshan for, like, ever. Those of us who weren't crying because we wanted him for ourselves were crying because that's the most adorable thing we've ever heard. The second time he made us reach for the Kleenex was, obviously, during almost every single scene in The Fault in Our Stars. Now, US Weekly reports that Elgort and Komyshan have broken up and that's depressing for an entirely different reason.According to sources, Elgort and Komyshan called it quits because of his schedule and the split was entirely amicable. "They tried to navigate his commitments, but between filming and press for the movies [it got difficult]," said the source. Elgort and Komyshan were both students at LaGuardia High School together, although we don't know the exact time that they started dating between then and now. In fact, Elgort never confirmed one way or another if he was actually dating Komyshan, so we had to go off mutual Twitter follows and pictures for clues. Their first public appearance was in June 2014 when they attended Paris Fashion Week together and basically spent the whole time being too adorable.

Now that Elgort is single again, it probably won't take fans long to have one of these reactions to the news.

“I WANT HIM WITH SHAILENE WOODLEY!”

Woodley and Elgort have starred as siblings in Divergent and as love interests in The Fault in Our Stars and it's their romantic chemistry as Hazel Grace and Augustus Waters that really drew people in. When whispers first began that he had a girlfriend, everyone thought, or was hoping, that Woodley was that girlfriend. Now that Elgort is single and Woodley is single, I don't doubt that some fans are already crossing their fingers that something will finally happen between them.

Of course, there's always the option of loving Elgort so much that you don't care who he dates next as long as that person makes him happy. As entitled as we feel to knowing every little thing about a celebrity's lives, there is the undeniable fact that they don't actually owe us anything and can do whatever they want. Sure, we can offer helpful suggestions on who Elgort should date next, but he's probably not going to listen to us. Probably.

Elgort and Komyshan have been together for such a long time, and fans have had quite some time to get used to the idea of them as a couple, so there might be some who don't want to get used to a new lady love for Elgort. Long distance relationships are hard, but he and Komyshan should try again to make it work. It's been years since they started dating; don't throw all that away just because Elgort's getting busy!

Sure, Elgort is no Ryan Gosling, but he is the dreamy heartthrob that captured and then broke our hearts in The Fault in Our Stars. Considering someone tweeted the news of his girlfriend with the caption "Retweet to ruin someone's day", there are likely plenty of fans who are out there waiting to throw a party. I mean, Elgort is single. This would be a joyous occasion if the circumstances weren't so tragic.