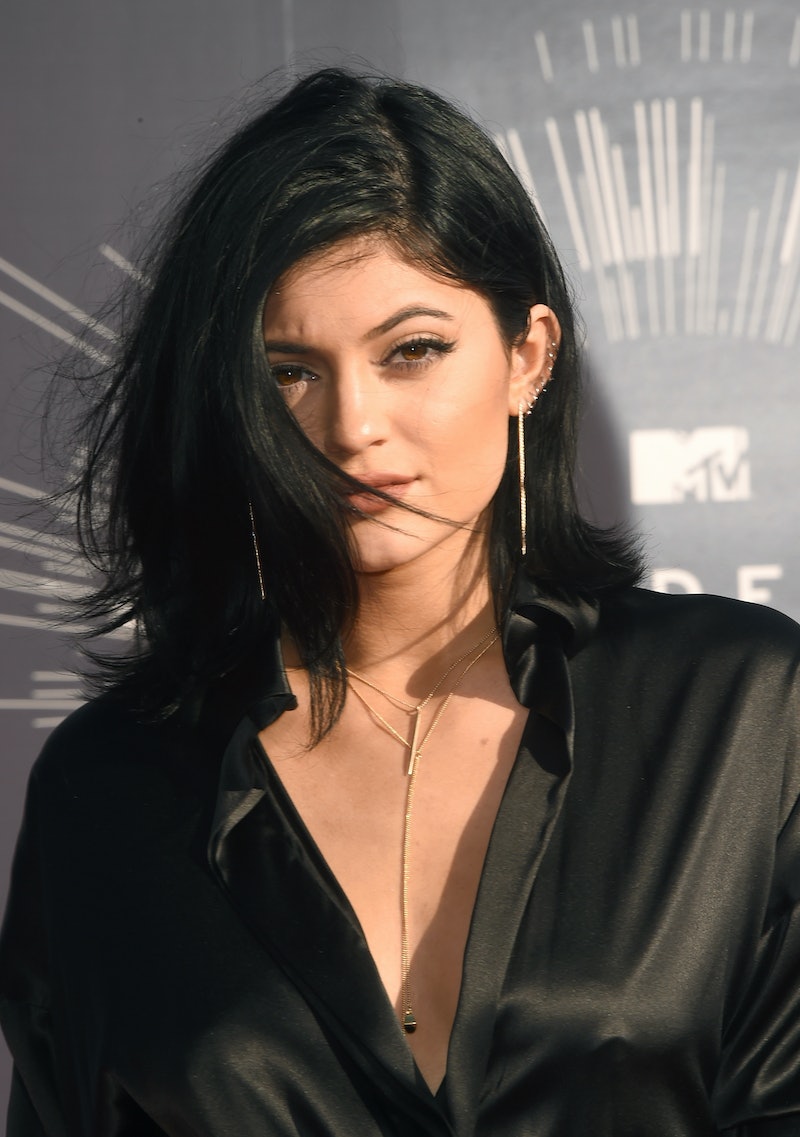 This was the year of Kendall Jenner as a high fashion model, but she's not the only member of her famous reality television family who can pose for sultry photo shoots and fashion magazines. Move over Kendall, because younger sister Kylie Jenner posed for V Magazine and the photos prove she can do high fashion just like her big sis. Of course controversy surrounds the shoot because Kylie is a minor at the age of 17, but the media also had issues with Kendall exposing her nipples during a March Jacobs runway show when she was barely 18 to the point that Instagram deleted all evidence of the photos.

According to The Gloss, Kylie's photo shoot is a bit odd — but I think if she was older, no one would have anything to say about the photos. It appears quite logical to me that both Kendall and Kylie seem extremely comfortable in front of the cameras and in sultry photos that are sultry — after all, they've been on TV basically their entire lives. “We don’t even remember a time before the show and before the cameras and all that,” Kylie told V Magazine during her interview.

It seems Kendall and Kylie do almost everything together. From their Kendall & Kylie Pacsun clothing line to their co-authored young adult novel, Rebels: City of Indra and all the photo shoots they have partaken in together, the twosome are inseparable. As much as I love seeing them in photos together, it's nice to see a shoot with Kylie by herself looking gorgeous and like a high fashion editorial model. Watch out Kendall, Kylie is making model moves here.

As the youngest, it seems Kylie is most definitely the rebel of the family (I mean, she recently shaved half her head) and she even admits in the V Magazine interview how she doesn't get along with other zodiac signs: “I’m a Leo, and I relate to that. I’m not compatible with Scorpios — girls more than boys — but I live in a house with three of them: my mom, my dad, and Kendall.” Dang, Kylie. I'm sorry you have to deal with that.