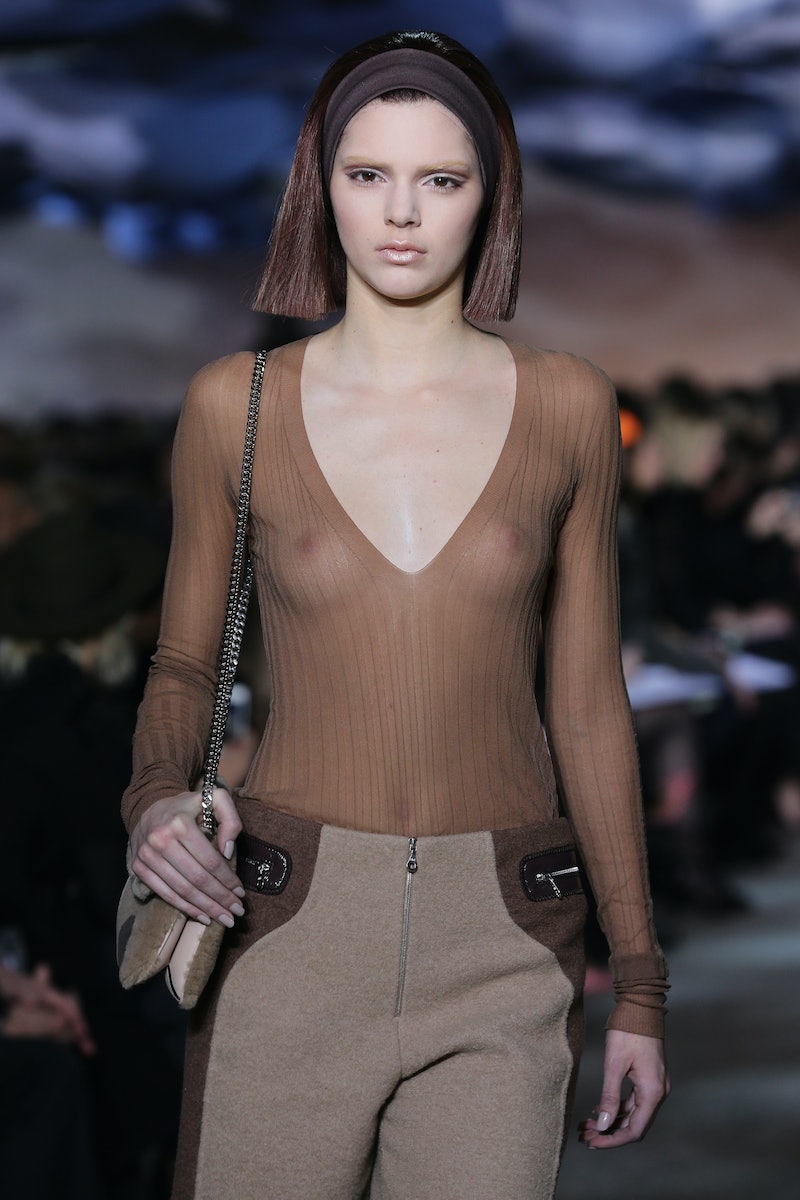 Sometimes it's nice to end a week with some reflection, so here's what I got out of this week: People really know how to overreact to Kendall Jenner's nipples. I've actually written about this micro-phenomenon before, the last time Jenner dared revealed her nipples in the line of fashion duty. Now, Instagram has removed all evidence of Jenner's nipples from their purview, and it has become about more than just a young member of the Kardashian (k)lan.

I would like to apologize at this point for how many times I have already/will continue to use the word nipple in this post.

Here's a friendly reminder about nipples that is glaringly obvious and frankly feels condescending to even point out, but which seems necessary: Everyone has nipples. If not everyone, then probably about 90 percent of the world's mammal-centric population, and a large portion of that percentage that doesn't have them were likely born with them but lost them due to horrible things like breast cancer or freak accidents.

So the first time the world freaked out that Kendall Jenner, barely 18, showed her nipples during her job as a fashion model? It was already kind of silly (see: 18, see: fashion model). It brought up questions of if she was going to go the same raunchy direction as her big sister, which is hilarious because if you watch Keeping Up With the Kardashians you know there are few people in that family with personalities so different.

And then Jenner showed her nipples again, this time in a New York Fashion Week show for Marc Jacobs. And people freaked out again, and called her "skank" on twitter because the world can be marvelous sometimes but most of the time it's just kind of awful. And then instagram removed all evidence of Jenner's nipples from their app.

If I were a super famous person right now, do you know what I would do? I would rally behind some hashtag (#freekendall? #letthenipplesgo?) and flood instagram with as many pictures of nipples (Kendall's or otherwise) as possible. I am not famous, however, so let me just say this: Instagram's censorship is, as the Daily Beast headline put it, "inconsistent and hilarious." And oh hey, it's almost as inconsistent and hilarious as our own society's relationship to breasts and nipples. What a coincidence.

And yes, I did just write an entire post agreeing with Miley Cyrus.

More like this
Kendall Jenner & Devin Booker Reportedly Broke Up After 2 Years Of Dating
By Jordyn Tilchen
Olivia Munn Got Real About How Her Body Hasn’t “Snapped Back” Post-Pregnancy
By Stephanie Topacio Long
Kris Jenner Drunkenly Toasts Khloé Kardashian’s 38th Birthday With This Speech
By Grace Wehniainen
Bustle Newsletter: June 30, 2022
By Stephanie Talmadge
Get Even More From Bustle — Sign Up For The Newsletter