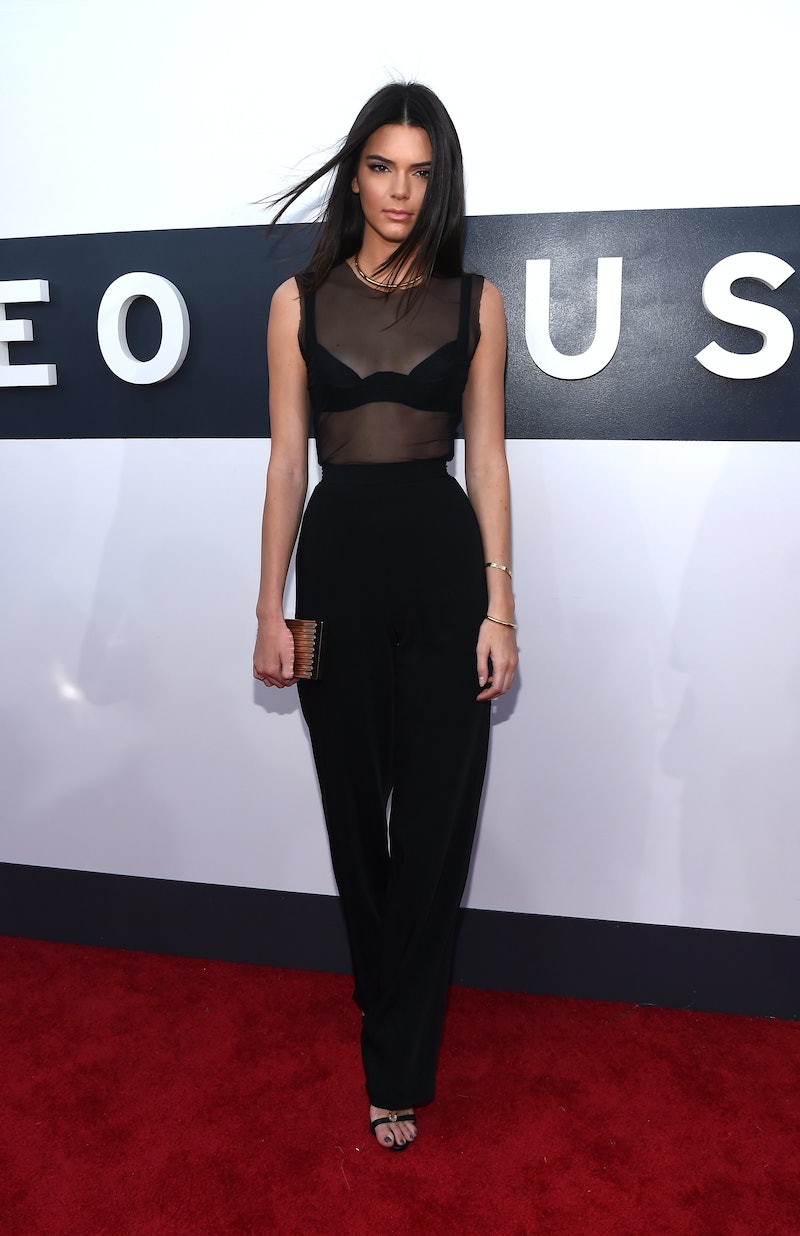 Kendall Jenner's modeling career continues to flourishm and the more high fashion she gets the more she tries to put distance between her and her family. According to The Gloss, Kendall Jenner is dropping the Jenner in her name, which was seen when her modeling agency, The Society, updated their site with photos of their top models. While the other models appear with their first and last names Kendall is just, well, Kendall underneath her photo. Although it would take a lot more than Kendall losing her famous last name to forget what large reality television family she belongs to, I guess it's a step in the right direction.

Kendall proved she really is a model with Jenner still attached to her name. She walked the Chanel Couture Runway Show at London Fashion Week, and looked like a totally different version of herself on the cover of Love magazine. Kendall also proved she's not just modeling for the attention when she appeared in the Givenchy ad campaign in the corner of the ad instead of front and center.

Yeah, definitely not above Queen Bey.

Hm... We haven't heard from Adele in a while, so I might put Kendall in a tie with the powerhouse singer.

I think Kendall could take Iman in a one-named model-off.

Iconic, yes. But in the world of 2014, Kendall gets a lot more play than the ever-fabulous Twiggy.