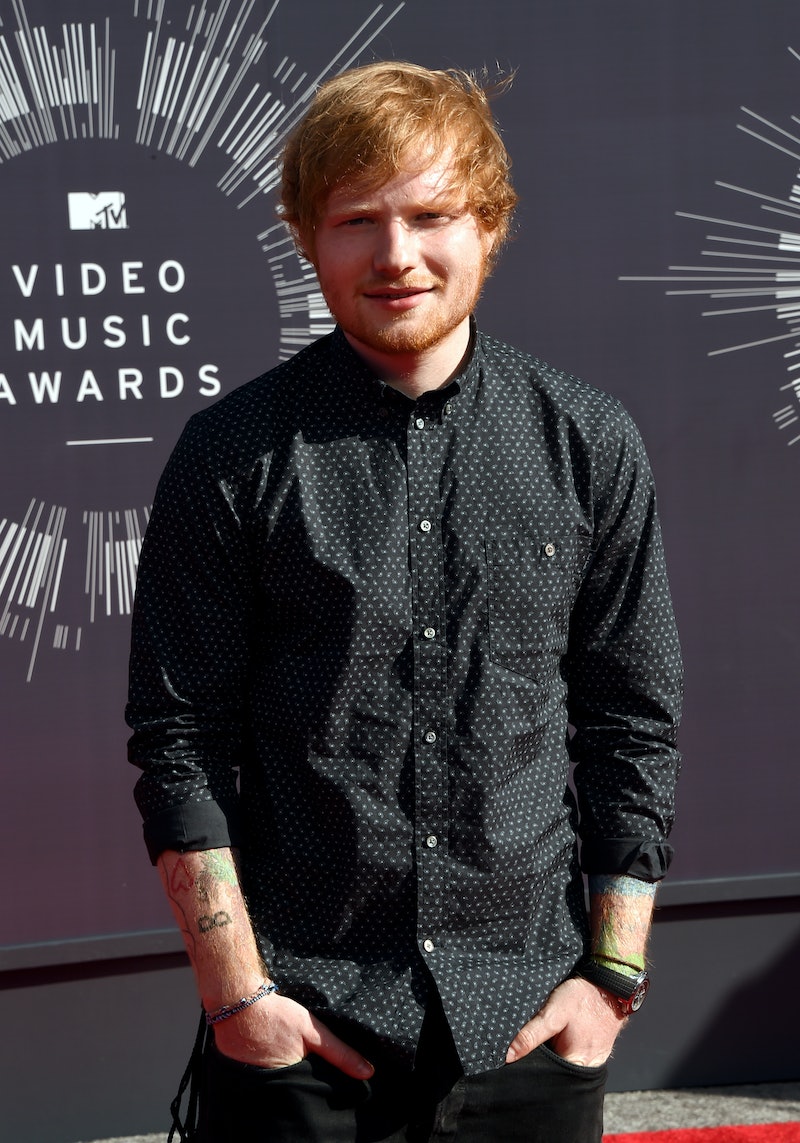 Apparently, Miley Cyrus wasn't all rainbows and butterflies at the VMAs last Sunday, despite her altruistic acceptance speech that she didn't deliver herself. Don't buy the fact that Cyrus was being a big ol' meanie? Well, Us Weekly asserts that Miley Cyrus was caught calling Ed Sheeran an asshole as he walked up to receive his award and he walked by and didn't offer her a high five. But here's the thing, the musical Brit didn't think he was being an "a-hole" at all.

Listen, I'm just as confused by this revelation as you are because I thought everyone in the world could at least agree on the fact that Sheeran is perfect and can absolutely do no wrong. I guess I should have expected Hannah Montana to be the one to rock that boat, though. Also, it's the VMAs, guys. Where the word controversy was practically born. And, all things considered, this year's show went almost too well for comfort. This isn't even all that shocking in the scheme of VMA drama.

Sheeran wanted to make one thing is clear though — he doesn't harbor any ill will and he doesn't even understand the whole thing to begin with. Us Weekly reports that Sheeran explained the incident to Ryan Seacrest, "There was a high-five between me and Scooter because I know him, and that was the only high-five. I don’t know what people were expecting." He even went on to laud her as a "fantastic artist." So there, Sheeran just wants to keep the peace and make it known he didn't mean anything by not high fiving Cyrus. This is all so elementary school, anyway.