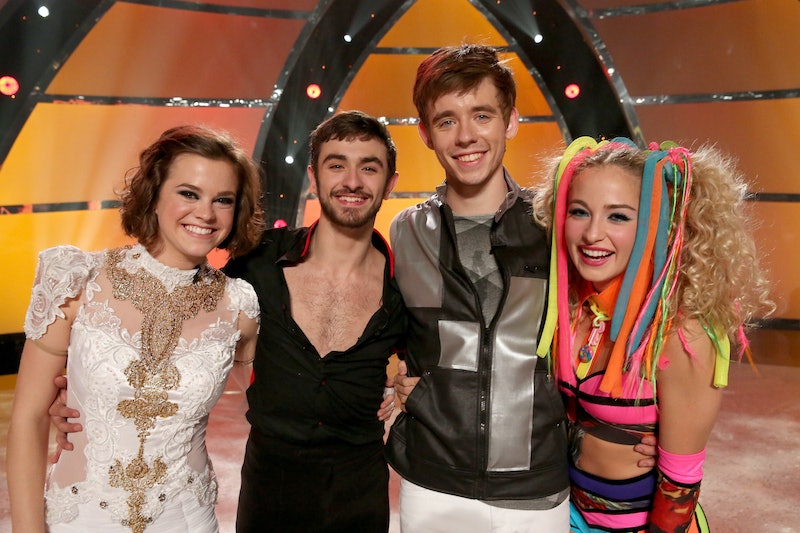 Here's the deal guys. It's great that SYTYCD is giving Season 11's Top 4 dancers more time to prove just why they all deserve to be America's Favorite Dancer. But it also presents a huge challenge for fans: When multiple dancers excel in their routines for two weeks in a row, how do you decide which dancer deserves your votes? After last week, I would have easily said that fan and judges' favorite Ricky Ubeda would be crowned America's Favorite Dancer easily. Ricky has been one of my favorite dancers from the first moment I saw his solo during the Los Angeles callback week.

But after watching Wednesday night's Top 4 episode, tapper Zack Everhart changed everything for me. Zack, who was also one of my early standouts, showed that he could do everything Ricky could do and more. The Top 2 men performed a Hip Hop routine together and Zack was nothing short of amazing. Both dancers paired extremely well together so saying that one was easily better than the other is difficult to say, but there were a few moments that Zack bested Ricky during the performance. Zack backed that great number up with a wonderful solo, a sultry Broadway number with Jessica, and a downright joyful tap routine with Season 10 finalist Aaron (be still my heart).

Because Zack and Aaron tap number by Anthony Marigerato was literally everything a tap fan and loyal SYTYCD watcher could ever dream for in the whole world, I had to include the video. Just try not to fall for either of these men's charms after this routine. I would not be surprised if Zack's name is called as America's Favorite Dancer in the upcoming finale.

But Zack wasn't the only dancer who really proved their talent on Wednesday night. The biggest shocker for me was Jessica. She finally showed that she had just as much talent, passion and heart as any other contestant on the show and Nigel named her his favorite female dancer on the show. While her solo was disappointing and reminded of the reasons I didn't love her in the past – she has had trouble in the past with emoting – her Broadway number with Zack and her absolutely incredible contemporary routine with Season 7's Robert by one of the best choreographers on the show Travis Wall.

But that's not to say that Ricky had an off-night. The versatile dancer with the most incredible feet I've ever seen in a dancer also had some memorable performances, including a reboot of his LA callback solo and a truly beautiful contemporary routine with all-star Kathryn that had Nigel expressing the most passion over a number that we've seen throughout this season.

And don't forget about Valerie. The cheery, adorable tapper also had some great moments including a African Jazz number with Ricky, a sweet solo guaranteed to make even the most depressed person smile, and an extremely fun tap routine with All-Star Aaron.

Basically giving fans an extra week has thrown the probable finale results into total, utter chaos. Now there's really no way to tell who will be crowned America's Favorite Dancer for Season 11 because, to be honest, they've all become my favorite.