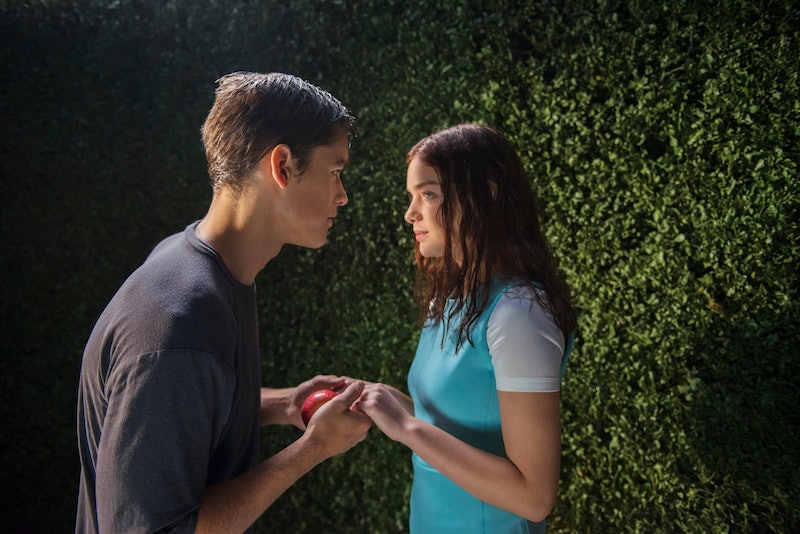 One of the simultaneous joys and struggles of being a die-hard reader in the 21st century is the knowledge that if there has ever been a book you enjoyed so much you said to yourself, "I would love to see that book turned into one of those fancy talking pictures they have now," it's as likely to happen as the Internet collapsing in on itself whenever Beyoncé does anything. Which is very.

Since the dawn of cinema, Hollywood has been obsessed with taking familiar stories, slapping them on celluloid and charging you $8.95 for a small popcorn to eat while you watch them (seriously — one of film's earliest full-length features, the infamous Birth of a Nation, was based on a play auspiciously titled The Clansman.). The logic behind it makes sense. If you're using source material that's familiar and most likely popular and turning it into a movie (or TV show, for that matter), you already have a built-in audience who will pay to see said adaptation, thus earning you money (yay, capitalism!).

However, if The Giver, The Fault in Our Stars, and Sin City: A Dame to Kill For — three book-to-film adaptations that opened this summer to varying degrees of success — taught us anything, it's that there still is no foolproof formula for turning a beloved literary work into a feature film that is both critically and commercially successful. Which brings us back to those die-hard fans.

Readers, as you may have heard, are a pretty passionate bunch, particularly when it comes to books we've read, analyzed, daydreamed about, shared with our friends and read a second, third, or fourth time because we love them so damn much. So when the lights come down and the opening credits start to roll on THE BEST BOOK EVER that we LOVE, LOVE, LOVE, you'd better pray to whatever deity you believe in that it's good. Just like you, we have a lot riding on this — like all of our feelings.

The moment has arrived. After months (or possibly years) of waiting, reading casting news, analyzing the choice of director, and scouring the Internet for trailers and clips, you're about to see how it all shakes out. You got popcorn, mainly because you're so anxious you need something to do with your hands, and you and your friends are all like: "Go ahead. Impress me."

It's 10 minutes in and they've already cut your favorite minor character. Your stomach starts to churn, and you're pretty sure it's not the slimy butter substitute on your popcorn that seemed like a good idea at the time. And who are all these new characters? Why are they going places and doing things that aren't in the book? Are you even in the right theater? You take a deep breath, and tell yourself to relax, it will be OK. Movies don't have unlimited budgets or time; some small details must be sacrificed or altered. . . .

. . . because surely they're not going to change or nix any major details, right?

No, of course not. That would be ridiculous. They're not going to re-arrange the whole storyline for some arbitrary reason, like saving $1 million or giving more screen time to the actress the director is currently banging. That character/moment/explanation that you love and is the linchpin of the whole darn story is coming. It is. It is.

Or not. It's minute 115 of the film's 120-minute run-time, the climax (which is the complete opposite of what happened in the book) has occurred, and things are wrapping up. You realize that all of your hopes and dreams about how awesome seeing your favorite book on the big-screen was going to be have been shattered.

Really? That was what you waited for with such bated breath, that was what you used a precious vacation day for, so you could go to the first showing at midnight, that was what a team of writers, producers, actors, designers and other cinematic artists did to your beloved book? Really?

F-you, Hollywood, you greedy capitalist bastards. Once again, you have ruined something I love. How dare you.

Everyone around you, those happy-go-lucky "I'll wait for the movie" types who never even bothered to read the book are grinning and chatting contentedly, fully capable of moving on with their lives, but you?

It's not going to be quite that easy, because your world has just been destroyed.

Eventually there's nothing else to do but peel your sorry ass out of the movie theater chair and head home to console yourself as best you can.

You shut out all media related to the movie, and repeat your four favorite words to anyone who asks about the film: "The book was better." And you remind yourself that, while it is possible to do a worthy adaptation of a book to film, nothing beats the real deal, where you can imagine it all exactly as you like it.