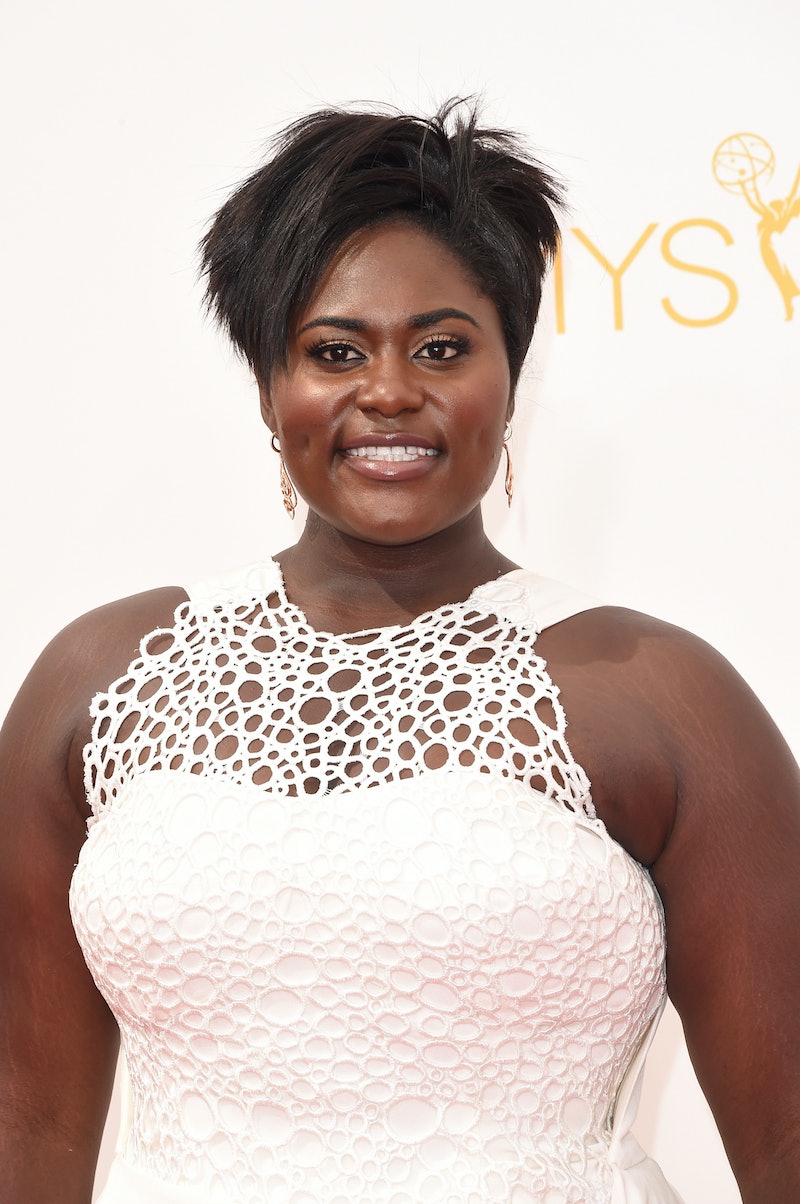 Danielle Brooks has really made a name for herself in Hollywood with her outstanding portrayal of Taystee on Orange Is the New Black . Unfortunately not everyone got the memo though, and during its Emmys coverage, the LA Times labeled a photo of Danielle Brooks as Retta from Parks and Recreation. It's true that both actresses star on popular shows and both were at the Emmys, but they are definitely not interchangeable.

Retta first spotted the error in an online gallery of Emmy looks and tweeted it to Brooks. "Ohhhhhh @LATimes . . ." she wrote with a screenshot of the offending picture. Brooks later tweeted about the incident herself writing, "I love my girl @unfoRETTAble but we both work too hard for hollywood to just mix us up."

The LA Times has since corrected the error and even sent Brooks apology flowers to which she joked on Twitter, "Thank you NY times for the flowers, oops I mean @latimes."

And while it was nice of the LA Times to apologize, its actions are a symptom of a larger problem. Brooks and Retta are far from the only black celebrities to get mixed up with each other. It happens a lot and it's unacceptable.

Remember in February when a news anchor confused Samuel L. Jackson and Laurence Fishburne? That was painful to watch and Jackson wasn't having any of it, "We may be all black and famous, but we all don't look alike," he scolded the flustered reporter.

But even that wasn't a one-time deal. In March, Fishburne said people have been making that mistake forever. "People have been confusing Samuel L. Jackson and me for 25 years even though we don't look anything alike. I'm so grateful to Sam for calling out that TV reporter for doing it," Fishburne told The Guardian.

These aren't the only examples of this problem, though. Zoe Saldana, star of box-office hits like Guardians of the Galaxy, Star Trek and Avatar, is no stranger to the phenomenon, either. "I've gotten Kerry Washington and Jada Pinkett, too, but mainly Thandie [Newton]," the actress said just last month.

Again and again, the problem resurfaces with everyone from reporters to fashion designers making the mistake. In November 2013, whoever was running Armani's Instagram made a huge gaffe when they confused actress Alfre Woodard with actor Idris Elba.

It doesn't stop there, either. There was that time Octavia Spencer and Sherri Shepherd were apparently interchangeable during the Academy Awards season in 2012. "So many people would say to me on the red carpet, 'Do you think you're gonna win tonight?' They thought I was Octavia Spencer," Shepherd said on The View. Her comment prompted Spencer to tweet about her own case of mistaken identity when people confused her with Precious winner Mo'Nique in 2009.

Spencer was also mislabeled as The Help costar Viola Davis at the 2013 Oscars when E! ran a photo of Spencer and captioned it with Davis' name.

And in February, a bunch of Khloe Kardashian's Twitter followers upset her when they mistook her godfather Sugar Ray Leonard for O.J. Simpson.

There is already a diversity disparity with a 2013 study finding that only 14 percent of speaking roles were given to black actors. So is it really that hard to get their identities correct?

As Danielle Brooks noted, "You would think [there] was a ton of us in Hollywood to begin with."