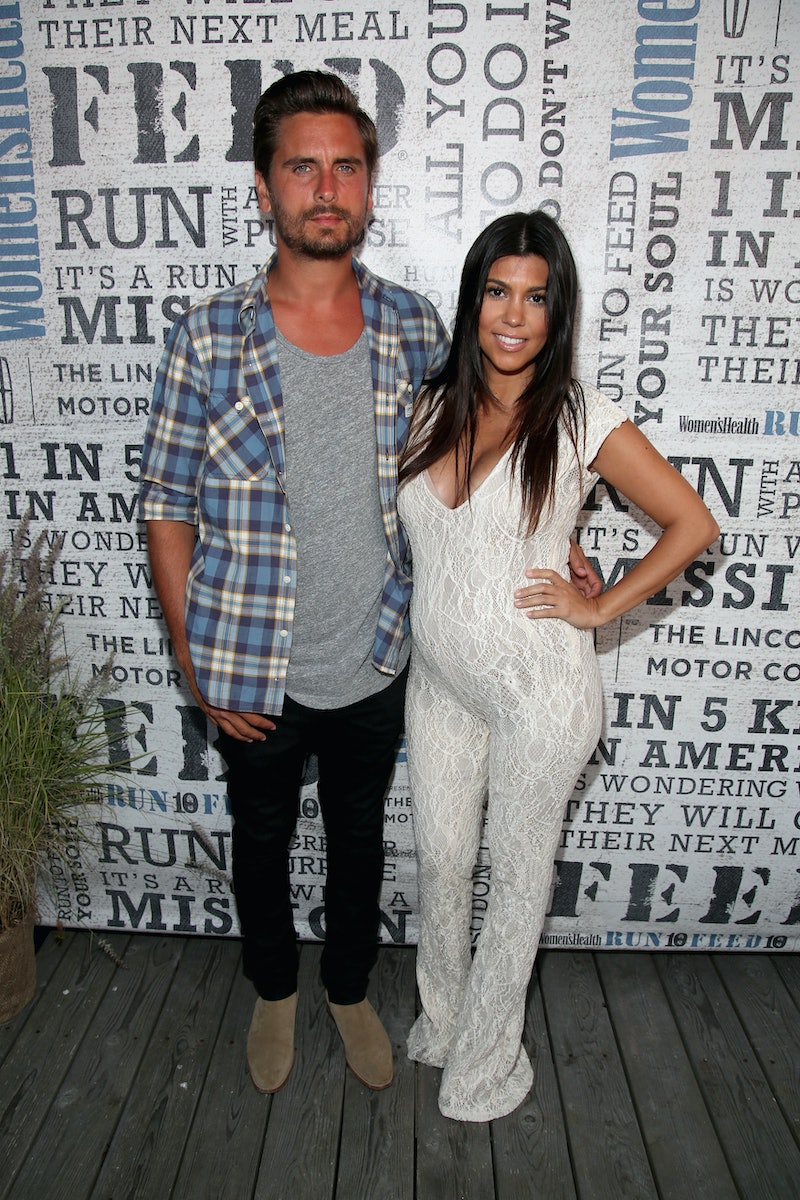 Is it just me or does it seem like in almost every Keeping Up with the Kardashians finale, Kourtney announces she's pregnan t ? That's what will happen on Sunday, when we see Kourtney tell her boyfriend Scott Disick that she's expecting their third child. What often isn't revealed in finales, however, is whether Kourtney will be having a boy or a girl. In June, Hollywood Life reported that Kourtney Kardashian is expecting a baby boy, however that comes from unnamed source and since Kourtney and Scott have yet to confirm anything, we don't really know for sure.

However while we wait for Kourtney and Scott to reveal whether they are welcoming a son or daughter, we can certainly try to guess from the hints they've been leaving us. The new addition will make a trio out of the couple's current litter of two, consisting of son Mason Dash and daughter Penelope Scotland (aged four and two, respectively). The eldest Kardashian sister's pregnancy status is of course not news; given the Kardashian media saturation and how far in advance KUWTK seasons are shot, though Kourtney will "reveal" the pregnancy on Sunday, we've already seen her hitting the town in all of her stylish maternity glory.

So what can we glean of the baby's sex from any hints Kourt and Scott may have been dropping?

Their New Baby Line is All Girls... But With An Eye On Boys

Currently, Kourtney's instagram feed is littered with little girl's clothes, in anticipation of the new Kardashian Kids line, which is starting out with just girls items. But in the video above, Kourtney mentions that she is obsessed with boys clothes, it's just harder to focus on boys' fashion. She does gush over son Mason and shopping for boys in general, saying girls' clothes are easy, so if nothing else, Kourtney would probably be excited to have another son and have an excuse to pay more attention to boy clothes. Other than that, however, Kourtney has remained tight-lipped.

Scott's Keeping Quiet, for the Most Part

Scott hasn't been gushing too much about his third child. His Instagram is still filled with his latest cars and other expensive toys, however he did post this scene from an old KUWTK episode in which he and Rob Kardashian were testing out the crib that would become Mason's. Maybe Scott is reminiscing about the time before his son was born as he prepares for another? Okay, or maybe he's just sharing a goofy memory of Rob.

Kourtney and Scott don't seem very eager to share any more information about their third cild, but while we wait for the birth of the latest Kardashian offspring, at least we can keep ourselves busy by looking for clues.