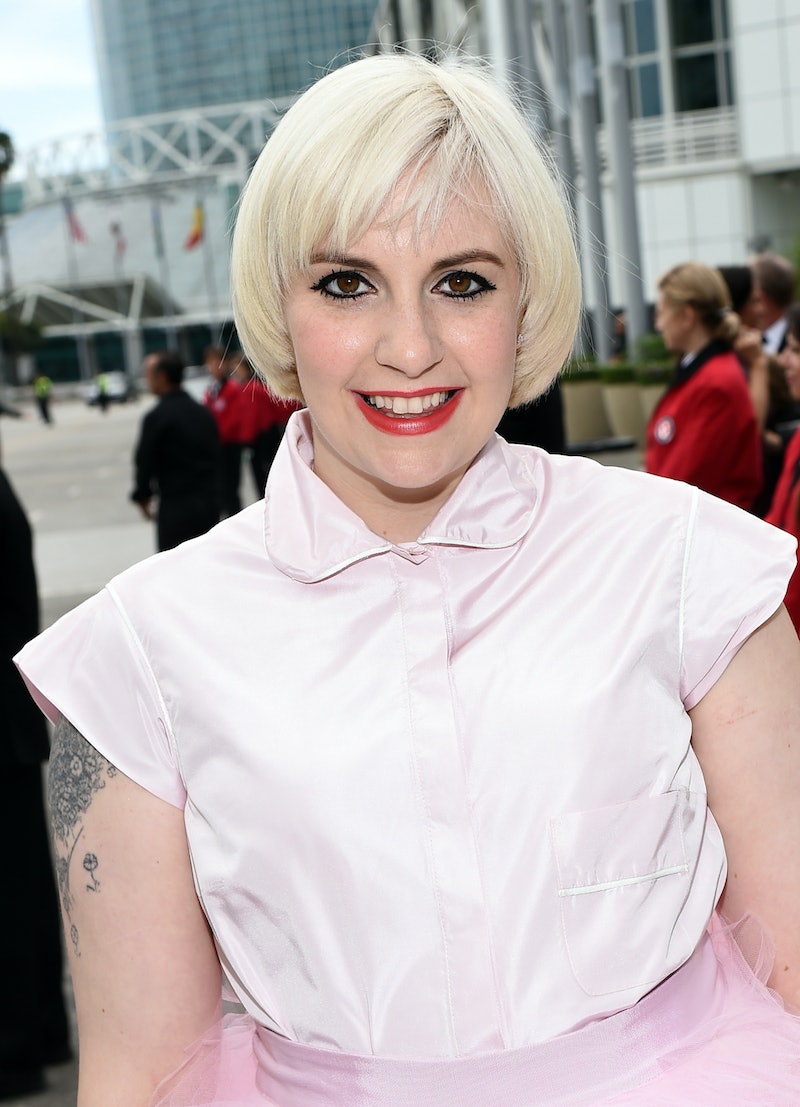 In today's vocab, "flawless" can be a state of mind and a subjective term as much as it can be a reference to perfection. In the Nicki Minaj-assisted remix version of Beyonce's song "Flawless," the diva sings, "I woke up like this," but does she really mean she rose from her slumber looking like a billion dollars (in an elevator)? Is she being literal? That's up to your interpretation. Lena Dunham is offering up her read of Bey's words with a new Instagram pic. Dunham, who drastically changed her hair, took Bey's lyrical notion a step further, posting an "I just woke up like this, love me anyway!" IG photo.

With her disheveled, newly white blonde, Sia-inspired hair, which looks like it grew thanks to a few hours of tossing and turning, and smudged mascara, Dunham looks like she had one helluva late and very fun night. However, in the caption, the actress, writer, and Taylor Swift BFF insists that she really didn't. Mmm hmm. The always-clever wordsmith posted: "Is this what Beyonce was singing about? (Also, pretty depressing that this look isn't even fueled by one ounce of alcohol)."

It's refreshing since so many celebs post bed selfies looking like they just spent an hour in a makeup chair.

Haven't we all had one of those mornings, the direct result of one of those nights? Yes, we have. And even though Dunham says she didn't get down and toss a few or several back last night, this is how all of us wake up. And yes, I'd even venture a guess that this is how the Queen Bey looks when she first wakes up after she goes to bed without using an industrial strength mascara remover.

This pic offers yet another reason to lurve Lena Dunham. She isn't hiding behind IG effects and she didn't retake this photo until she got it right. She isn't trying to be all, like, an artfully disheveled hipster, either. She woke up like dis and took a minute to say "Hello, World" via photo.

That's some real shit right there and deepens my recently developed crush on L. Dunham.

BTW, who else is loving her '60s mod look here? Those bangs! Those lips! That hair! Those sunnies! That print! Can you tell I am lovin' Lena right now?