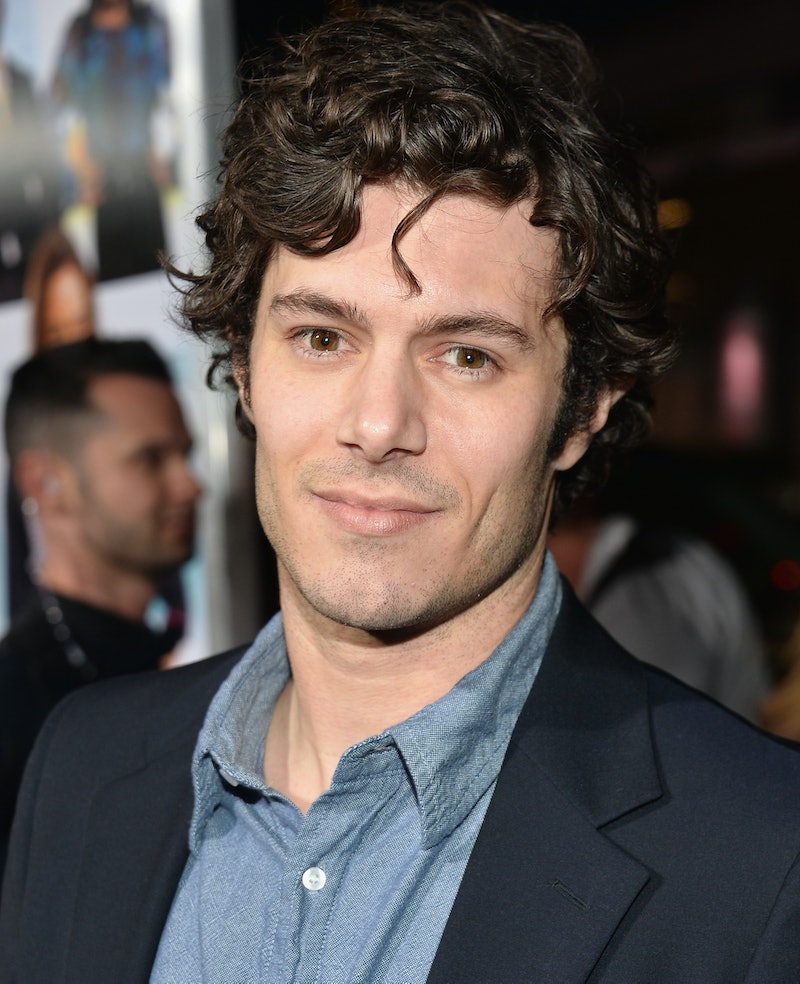 Adam Brody will always be Seth Cohen in my eyes, but he former O.C. star has moved on from Newport Beach: He's now married to Leighton Meester (aka Blair Waldorf) and he is, in fact, a real person with projects of his own. His latest is The Cosmopolitans, an Amazon original series that premiered on Thursday. In his Reddit AMA, Brody proved to be as clever as Cohen when he discusses his past roles, his lovely wife, and his upcoming movies. Get ready to fall in love all over again: Here are some of Brody's best answers.

EckhartsLadder: Do you miss The O.C.? I miss the The O.C.Adam_Brody: I miss the original 90210, actually.

moneymike247: Being a 20something year old from Orange County, I was a big The O.C. fan. Do you still talk to Rachel, Ben, Mischa, or anyone else from the show?Adam_Brody: I'm in constant psychic communication with all of them. And Ben and I also get lunch in this dimension sometimes

SoltanPill: Chris Pratt said that when he was on The O.C. final season, all you young actors were so ready for it to be over and basically said that it pissed him off because you guys didn't know how lucky you had it when there were so many actors struggling for work. Do you think you and other actors were guilty of taking it all for granted and acted a bit bratty actor-ish?Adam_Brody: I do not think we were guilty of taking it for granted. I also love Chris and he loves me so shut up!

Frajer: Did Peter Gallagher ever give you advice in real life ?Adam_Brody: He always told me to grow out my eyebrows. Boom!

icedancer23: Did you get to keep any props from The O.C.? I've often wondered what became of Captain Oats...Adam_Brody: I'm not sure what that mofo is up to now!

George_Hale: Hi Adam! You were definitely the best part of The O.C., I've always enjoyed when you were improvising. But anyway, I've been wanting to ask you a question since I was 13 or 14: How was it like to kiss Rachel Bilson? Is she a good kisser? Since I had a crush on her at the time, the 13 years old that's still in me is screaming and is dying to know.Adam_Brody: One of the all time greats!

pfelon: The O.C. was the butt of some jokes but overall it ran for a long time, dealt with some real vital issues at the time, and meant a lot to a lot of people (including myself). What would you pinpoint as your favorite aspect of the show, thematically, and particularly of your character?Adam_Brody: I think ultimately it was a comforting show for people, and I hope it did more of that than reinforce any negative stereotypes or whatnot

On his brief appearance on Gilmore Girls

courtiebabe420: Alright, I have to ask. What was it like to work on Gilmore Girls? Was it tiring, keeping up with all the pop culture going back and forth? And did you understand all the references??Adam_Brody: It was nice because the people were cool and the writing was great, but also hard because they made sure you said every syllable. In a way I've never seen before or since

josephine_amos: Hello Adam, what attracted you to The Cosmopolitans? How will you tease the coming season for us??Adam_Brody: I'm a huuuuge Whit Stillman fan, so I was excited to do it before I even read it. I'm curious myself about the coming season, but as with most of Whit's story lines, I'm sure they'll take some unexpected turns.

dimplejuice: When are you going to pull a mcconaughey and start doing some deep, meaty roles? Maybe in a few years?Adam_Brody: Oh, The Comsmopolitans isn't meaty enough for you?!!! Huh?!!! Answer me god dammit!!!

MegmegPar: Go to drink at the moment? You seem like someone who would enjoy a good craft beer!Adam_Brody: I enjoy a Hefeweizen of Fat Tire. Love whiskey, hate vodka

AussieBoyJon: Adam, if you could work with any actor, dead or alive, who would it be and why?Adam_Brody: I think Bill Murray would be amazing. And the corpse of Orson Welles

dimplejuice: Do you and Leighton split up the chores equally or does she carry more than her fair share? I.e. who does laundry, bro?Adam_Brody: I do some stuff but she definitely does the heavy lifting( figuratively). Literally, I do the heavy lifting.