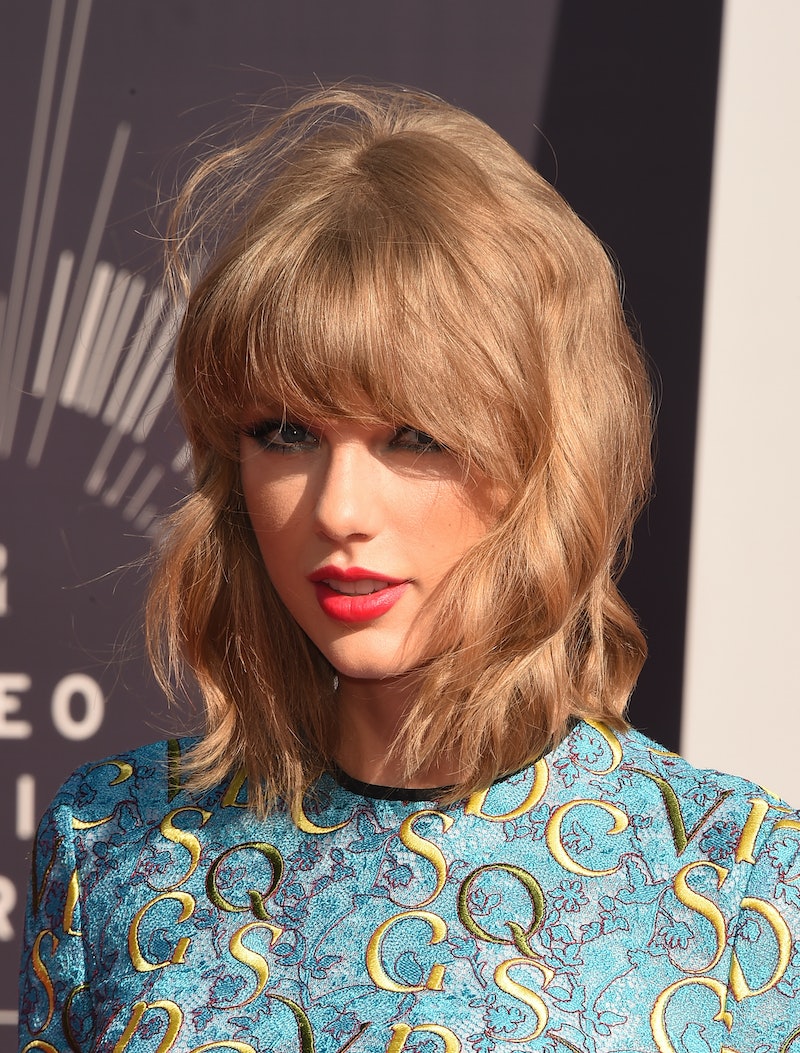 T. Swift is heading to TV. That's right, Taylor Swift is going to be an advisor on The Voice for season 7. According to Us Weekly, basically the singer will help contestants across all four teams, much like Coldplay's Chris Martin did on last year's season. Rumor has it the show was thrilled to work with the "Shake it Off" singer. "Taylor was an absolute pleasure to work with," one source said. "She had great feedback for all the contestants. She made for an amazing mentor."

That's no surprise because T. Swift is actually pretty good at giving advice. Her songs have a lot of great dating tips in them (for real) and her recent admission to being a feminist (thanks to Lena Dunham!) also makes her a great role model. I think The Voice made a great choice in picking Swift because she has a lot to offer future performers.

Season 7 of The Voice kicks off on September 22, and Swift will be joined by advisors Stevie Wonder, Gavin Rossdale, Little Big Town, Alicia Keys. But in case you don't want to wait that long for Taylor's words of wisdom, here are nine life lessons courtesy of the queen Taylor Swift herself.

SOMETIMES IT'S GOOD TO MAKE FUN OF YOURSELF

The ability to laugh at yourself shows a great amount of maturity. Plus, if you laugh off your critics, you win at life.

AN OBSESSION WITH CATS IS TOTALLY OKAY

Bless Taylor Swift for writing this. At 21 you may be able to drink and gamble. But honestly this song reminds me that even after you hit all the milestone years, life can still be a party.

FEMINISM IS COOL, YO

Swift's recent feminist awakening is the stuff of dreams. Especially when she finally set the record straight for her fans on what feminism actually means:

As a teenager, I didn’t understand that saying you’re a feminist is just saying that you hope women and men will have equal rights and equal opportunities. What it seemed to me, the way it was phrased in culture, society, was that you hate men ... For so long it’s been made to seem like something where you’d picket against the opposite sex, whereas it’s not about that at all."

HOW TO FIND HAPPINESS

THE TRUE MEANING OF BEING FEARLESS

Basically, you don't have to go through life unafraid, but you can show up your fears by living your life anyway.

LEAVE A LEGACY THAT COUNTS

“No matter what happens in life, be good to people. Being good to people is a wonderful legacy to leave behind," the singer once said. That's some seriously important life advice.

WOMEN WHO SUPPORT OTHER WOMEN ARE THE BEST

Swift has a ton of female friends and I'm betting it's because she's supportive of them instead of competitive.

DANCE LIKE EVERYONE IS WATCHING...BUT DON'T GIVE A SHIT

Life is short, so who cares?