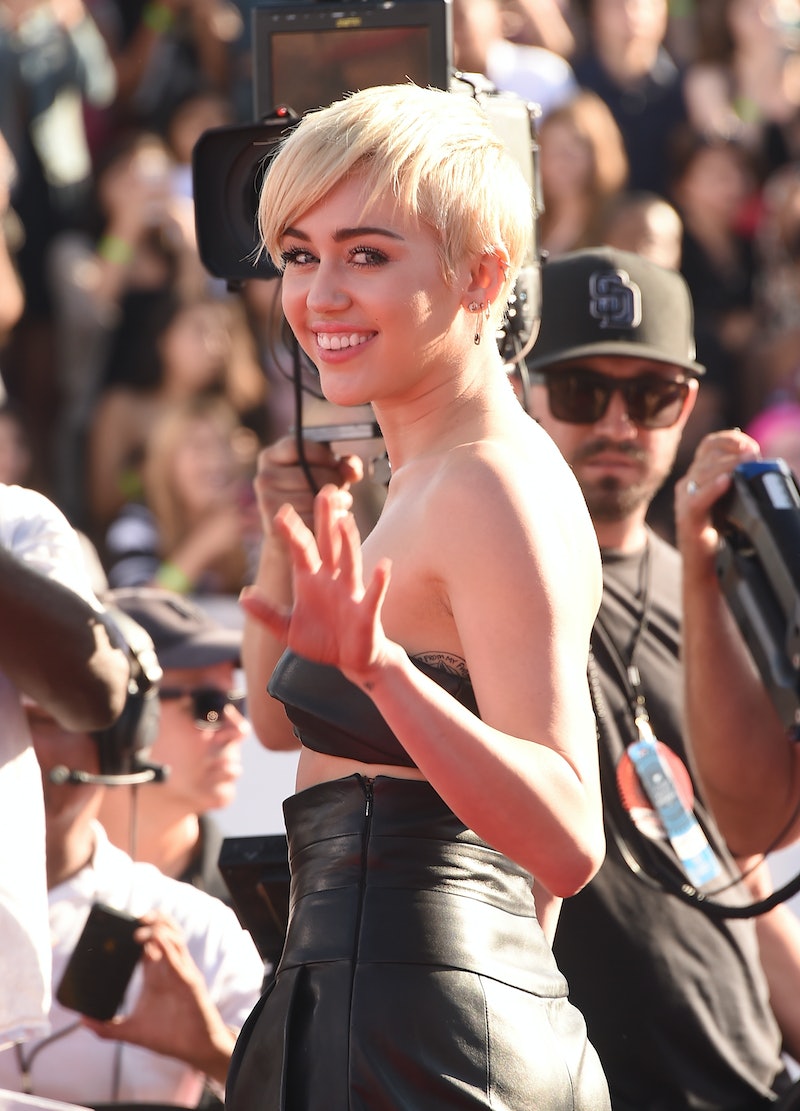 When formerly engaged Miley Cyrus and Liam Cyrus finally called it quits in 2013, what definitely began as a major blow to the pop singer and her almost-hubby led to the world’s discovery of the cool, empowered, twerk-crazy woman Cyrus really is. Though her song Wrecking Ball made it pretty clear how tough the breakup was for both parties, Cyrus remained strong in the eye of the public, and I really admired her for it. Yet even though she managed to put on a tough façade, in a recent interview with Australia’s Sunday Night, the singer revealed how she feels about her ex almost a year later: Cyrus still loves Hemsworth.

Speaking with Sunday Night’s Chris Bath, Cyrus reportedly responded to questions about Hemsworth in a positive way, showing her continuing support for him despite their differences. “I love Liam, Liam loves me,” Cyrus said, following it with “It’s about finding yourself. I had to set myself free,” in response to further questions about her song Wrecking Ball.

Although that ship has sailed and I don’t expect the pair to get back together anytime soon — or ever really — it’s nice to know that they can both be civil after everything that happened. Even Hemsworth recently claimed how happy he was for Cyrus, reportedly saying that they’d always be close albeit platonically from now on.

In her interview with Bath, Cyrus mentioned how happy she was with her new attitude on life, feeling rebellious and free, in addition to commenting on how cool she thought it was that women were taking on a powerful stance in society. Though the 21-year-old might not have it all together, she admitted that she doesn’t see herself as a role model and doesn’t want to submit herself to the pressures of others to be perfect.

As usual, she’s just being Miley, and if she’s happy with how her life is, then we should be happy for her.

More like this
17 Years Ago, 'Hannah Montana' Reportedly Almost Cast This 'Gossip Girl' Star
By Grace Wehniainen
Selena + Chef Season 4 Was Filmed At Hannah Montana's Old Malibu House
By Jake Viswanath
Leona Lewis & Husband Dennis Jauch Welcomed Their First Child
By Darshita Goyal
Who Is Camila Cabello Dating? She's Getting Cozy With Lox Club CEO Austin Kevitch
By Radhika Menon
Get Even More From Bustle — Sign Up For The Newsletter