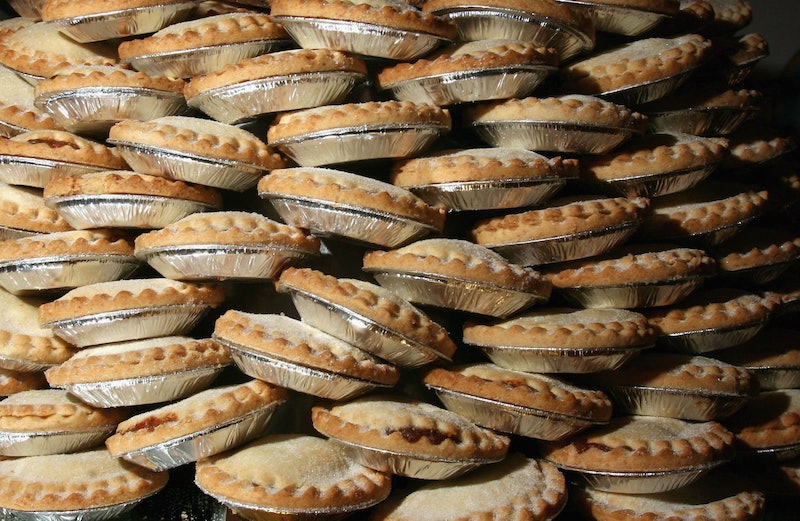 Sometimes, it's hard not to get cynical, with all the tragedy, duplicity and trickery that goes on in the world. And sad to say, this news probably won't help matters: the Kentucky State Fair's award-winning pie might be fraudulent. For real — if this is true, even America's pie competitions aren't immune to corruption anymore. It's alleged that the woman who baked it, 67-year-old retiree Linda Horton, used a store-bought crust. If true, that would be a clear-cut violation of the competition's rules, which demands that crusts be homemade. Basically, it's a scandal that threatens to crumble Horton's culinary reputation... hah, um, sorry about that.

Beyond the pointed questions aimed at her blue-ribbon buttermilk pie (which according to Louisville's Courier-Journal tasted like a cross between a chess pie and a cheesecake), there's an additionally sad element to this for Horton — she may have given away the secret all by herself, out of the kindness of her heart.

She shared her magnificent recipe with the Courier-Journal earlier this week, and in doing so, she seemingly admitted to using the unauthorized crust. She claimed to use a Pillsbury crust, which she selected because homemade pie crusts "didn't crumble a whole lot." And the mass-market brand crusts, as she admitted to the newspaper, are "so buttery."

In doing so, she unleashed a torrent of scrutiny on herself. And truth be told, the odds that her award-winning pie is going to stand up in the face of the investigation from Kentucky State Fair officials seem pretty slim, though I'm admittedly an amateur in pie contest bylaws. The fact is, she may have divulged the grisly truth herself, and the official rules about this sort of thing are painstakingly clear. As the Courier-Journal reports, the Kentucky State Fair Premium List and General Rules Book makes it plain that "no commercial pie crusts may be used."

There's also the question of whether Horton was aware of this rule — whether she committed a knowing deception, or whether this is all inadvertent. The initial recipe she submitted to the fair made no mention of a Pillsbury crust, simply stating "line two 8-inch pie pans with pastry crust."

That discrepancy, between what she told the fair and what she later told the media, is central to the investigation. And for what it's worth, the superintendent of the fair's culinary department, Steve Lee, seems to be giving her some benefit of the doubt, or at least a presumption of innocence. He responded to the Courier-Journal, and suggested it could've all been an innocent mistake.

I am assuming, and I have told those who have contacted me, that I was sure Ms. Horton made her own from scratch pie crust for the state fair entry and that the employ of store-bought pastry as used in your article and recipe was to show people how simple a good pie could be to make quickly at home.

According to NPR, Horton will know within two weeks whether her pie will survive with its first-place prize intact, but she's reportedly planning to duck the whole brouhaha next year and enter the cake contest instead.