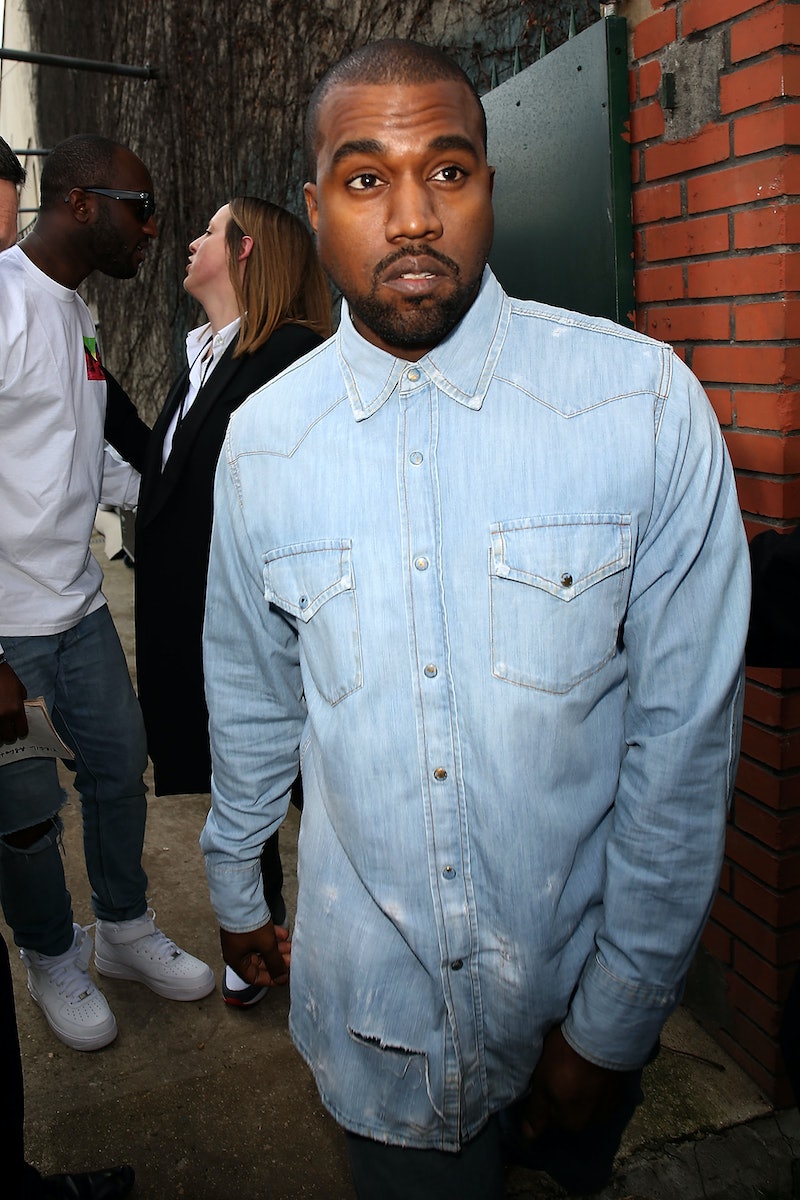 In an average wedding, the groom is usually the least involved in wedding minutia, but it comes as absolutely no surprise that Kanye West had more than a little bit to say about how things should be run during Kanye's wedding to Kim Kardashian. Throughout the special Keeping Up With The Kardashians wedding episode that offered a sneak peek at everything that happened behind-the-scenes at their wedding, Kanye showed his true Groomzilla colors. Not even a full day passes after the Kardashians have landed in Paris before Kanye is offering up his opinions on the bridal party dresses.

"Kanye what are we doing? We doing the lace?" an eager Kris Jenner asks while going through final fittings for her white Mother Of The Bride dress.

Kanye, off-screen and most likely staring at her dress with his chin under his hand like a true artist relishing his work, responds, "Just pull up the bottom of the slip," and then, after a thorough examination that apparently makes him think the world would be better if there was more of Kris' tanned, wrinkled cleavage in it, "I thought this was going to be lower. Do you like it where it's at?"

Don't fall for it, Kris! AS IF he cares what you think. Any time Kanye asks a wedding-related question, it's safe to say it's a rhetorical question.

Once the precise cut of Kris' dress is finally decided on, Kanye makes his next appearance at a mini wedding rehearsal, where Kendall tries on her own gown for the big shebang.

"I think it might be risqué," says Kanye West, known kilt-wearer and supposed fashion superstar, when he sees Kendall, Kourtney, and Kylie sashay into the room in dresses with sheer nips and slits up to there. Kanye didn't seem to be sold, going so far as to call it "vulgar."

Thankfully a potential dust-up over the bridesmaid dresses was quickly avoided when everyone else realized how "dope" they all looked (Khloé's words, not mine), and steamrolled right over Kanye's wedding concerns. Apparently the wedding went on without a hitch, so he must've gotten used to those dresses eventually.