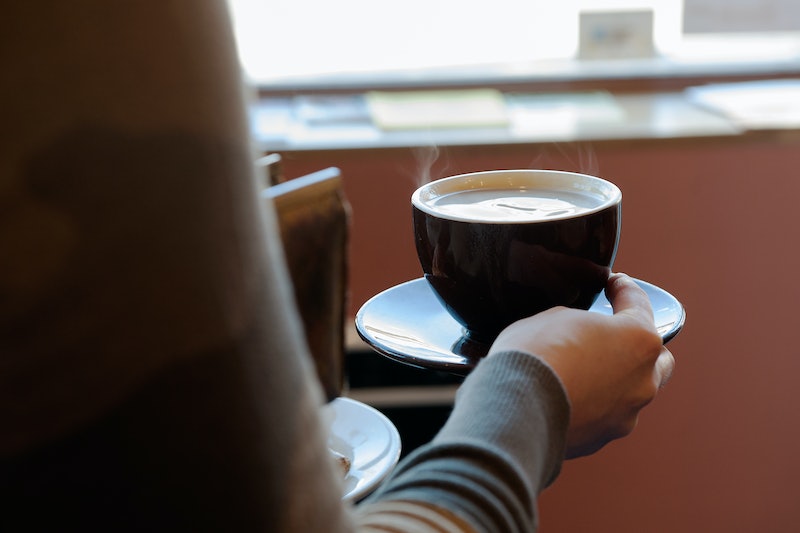 I’ll be honest: I’ve never been a big believer in either aphrodisiacs or superfoods. But I’d be willing to try this recipe for “sex coffee,” partially as an experiment to see if it actually works, and partially because it looks like it’s full of deliciousness. A warm drink that tastes like the coffee version of Mexican hot chocolate and presents the possibility of getting some added health benefits sounds like it’s worth a shot, no?

YourTango suggests whipping up this sex coffee recipe once a week or so to give yourself and your sex drive a little boost. Most of its superfood ingredients will probably be familiar to you; in fact, you’ll probably have a bunch of them in your pantry right now. Cinnamon, for example, is said to promote circulation; honey might increase both virility and fertility; coconut milk is an excellent source of energy; and raw cacao, in addition to having all the nutritional benefits that get sucked out of it once it’s roasted and processed into cocoa powder, is a stimulant and possible aphrodisiac.

The one thing you might not have just lying around, though, is maca root. Grown in the high plateaus of the Andes mountains, it’s been cultivated in Peru for a whopping 3,000 years. Proponents of it as a medicinal plant and supplement claim it enhances stamina and fertility, that it boosts the immune system, and that, like raw cacao, it’s quite an effective aphrodisiac. I had to do a little Googling to find out where exactly one finds maca root; it’s available in tablet form from pharmacies like Walgreens, but for this particular recipe, you’re probably going to want to use maca powder — the ground form of the root. Like all supplements, it’s best taken in small doses; it can have some adverse side effects if you’re not careful.

Does it actually work? Unfortunately I was not able to acquire maca root at short notice (and my SO is out of town for work at the moment anyway), so I can’t say whether it does or not from firsthand experience. There also aren’t a lot of studies out there that confirm the claims each superfood makes: For example, although some research has found that a certain type of cinnamon might, say, lower blood sugar in people with diabetes, other studies haven’t found the same benefits. Furthermore, a few studies have found maca root to be an aphrodisiac in animals; we don't, however, have a lot of information about whether the same is true for humans. If you’re curious, though, head on over to YourTango for the recipe. Bottoms up!