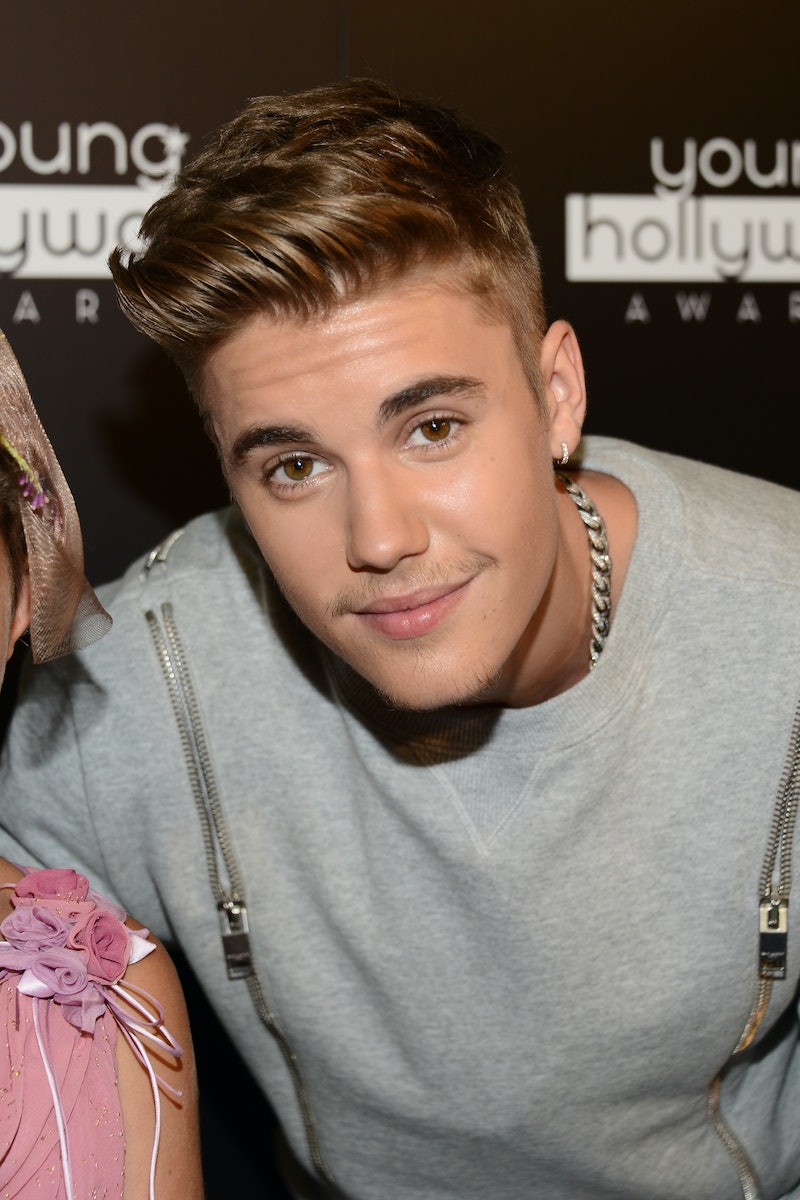 Uh-oh. Things are not looking good for Justin Bieber these days. Not atall. Shortly after the singer got into a highly-publicized altercation with Orlando Bloom, he was arrested in his home town of Perth County, Ontario after he allegedly crashed an ATV into a minivan on Friday. Bieber was riding the ATV with his girlfriend, Selena Gomez, and apparently the minivan was that of a paparazzi's. After Bieber reportedly crashed the ATV, a physical fight ensued between he and the paparazzi; Bieber was then taken into custody and is now looking at charges of dangerous driving and assault. The singer has since been released on "a promise to appear," and according to his lawyer, he and Gomez are fully cooperating with the investigation.

If this was just a one-off with Bieber, it wouldn't be that big of a deal. In fact, it actually does sound like the paparazzi were being intrusive on what was supposed to be a "peaceful retreat" at his father's house in Canada. But the thing is, this is one of many legal issues Bieber is entangled with right now. In addition to Friday's arrest, Bieber is already facing an assault charge in Toronto, and is currently on probation in Los Angeles for vandalism after he admit to egging his neighbor's house in January. It would be up to the California judge, but it is possible that Bieber's Canadian arrest could count as a violation of his probation, which could mean jail.

According to TMZ, the paparazzi have lawyered up with power attorney Gloria Allred, which doesn't bode well for Bieber. Right now, all Bieber really can do is wait until his hearing in Ontario on September 29... and wait to hear from the California judge.

Oh, and try not to get in any trouble in the interim, which may be harder than it sounds.

More like this
Selena Gomez Is Fine Being Single, But She Still Manifested Romance On 'SNL'
By Martha Sorren, Jake Viswanath and Jack Irvin
Selena Gomez Explained Why A Past Album Cover Made Her Feel “Really Ashamed”
By Grace Wehniainen
Justin & Hailey Bieber's Bond Is "Unbreakable" Amid His Ramsay Hunt Diagnosis
By Bustle Editors
You Might Want To Rewatch 'Elvis' For This Britney Spears Easter Egg
By Grace Wehniainen
Get Even More From Bustle — Sign Up For The Newsletter