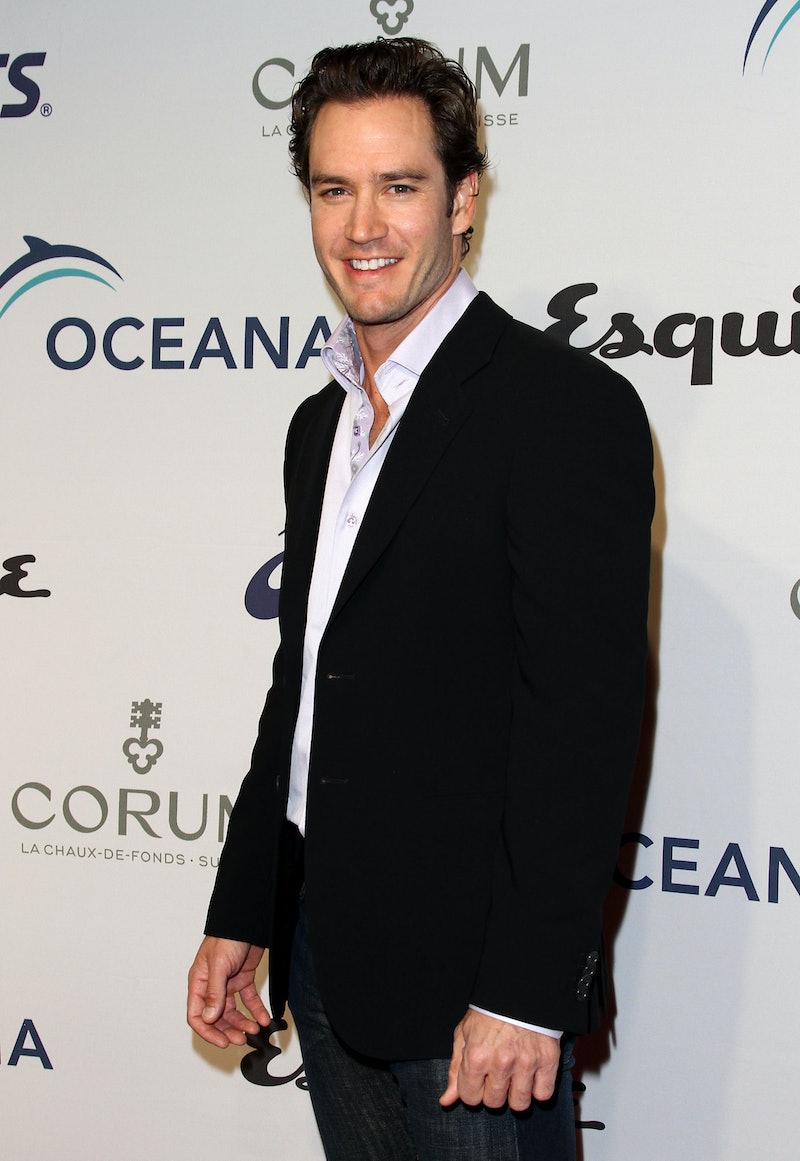 By now you have probably read that The Unauthorized Saved By The Bell Lifetime original movie that aired on Labor Day, was more of a labor to watch than the holiday ever intended. Saved By The Bell, the original series, was, of course, amazing, and even Lifetime couldn't taint that opinion with their dramatic movie interpretation of what happened behind the scenes of the beloved show. After watching the Lifetime movie, I wasn't as much impressed by the fake Zack Morris, as I was left realizing how much I loved (okay, still love) Mark-Paul Gosselaar. And I know I can't be the only one.

There are many reasons to love MPG (if you will). I mean, without getting into it too early, his character could stop time on Saved By The Bell and it was NEVER mentioned how cool, magical, and breaking the fourth wall it was. Sure, I respect if you were Team A.C. Slater, Mario Lopez looked really good in his wrestling uniform, but MPG was it for me. And now that Saved By The Bell has returned to its rightful limelight, it got me thinking about even more reasons to love Gosselaar.

He was the true 90's blonde bombshell

Yeah, I said it. MPG was a blonde bombshell. Did you know that he is not a natural blonde, but instead had to dye his hair all the time to maintain Zack Morris' locks?

He proudly used a brick phone

Hey, I had a Sidekick when they were cool (for a year) so I get "the draw", but hindsight, it was a brick, too. Zack/MPG and I have that in common.

He won't hide his feelings about Screech

MPG would rather sit through Dustin Diamond's sex tape than work with him again. I've never done either (watch the tape, or work with him) but if you ask me, it's a lose lose.

He can sing, so double threat.

If iTunes were around when Zack Attack was a thing, "Friends Forever" would be my top played song.

He relived Zack Morris on Late Night with Jimmy Fallon

If you can be in your 30s and joke about the character you played as a kid, then you've won me over.

Instead of dwelling on how MPG is off the market, just know that he has a really cute family.

He's all about the legal system

Well maybe not all about it, but he's played in NYPD Blue, Raising the Bar, and currently Franklin & Bash (a show about lawyers).

He admits to dating the SBTB girls

Because we all knew that there was a reason that Jessie and Kelly disappeared during the final season and were replaced with Tori.

He knows how to handle drug addictions

In one of the most harrowing scenes in television history, MPG showed that he knows how to handle a friend's addiction. You didn't think you could get through this post without watching this video, did you?

Okay, you can just "time in" everything now, MPG, and go back to being Zack Morris. Thanks.