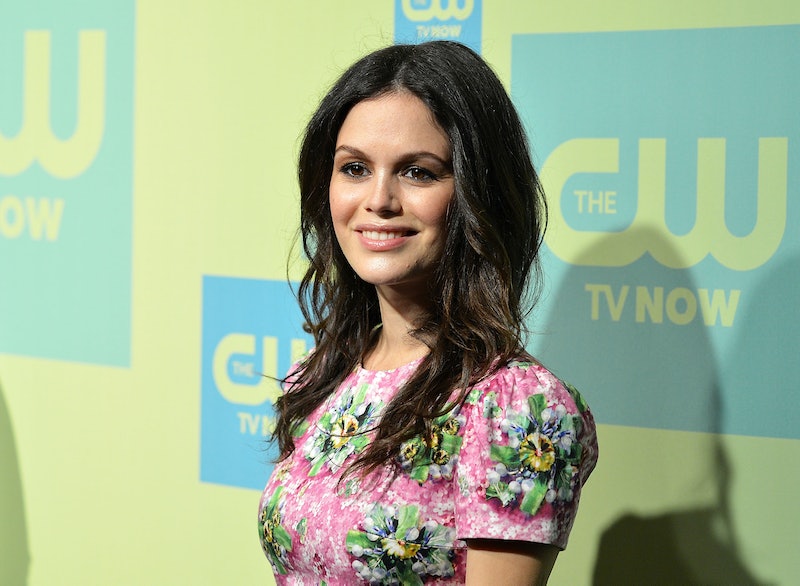 When people talk about romance on The O.C., they always mean Seth and Summer (let's all just forget Ryan and Marissa ever happened). The on-again, off-again couple may have had their troubles, but overall, the teens had one of the sweetest and most solid TV relationships of the mid-'00s — and the fact that Rachel Bilson and Adam Brody dated in real life made it even better. Sadly, the actors' romance fell apart, and Brody's now married to Leighton Meester, while Bilson's expecting a baby with Hayden Christensen. Even worse? Bilson's baby shower was a major throwback to her O.C. days — but to her time with college boyfriend Che, not her one true love, Seth.

According to Us Weekly, the Hart of Dixie star celebrated her upcoming motherhood on Aug. 31 with a party for her family and friends (including Christensen's Star Wars pal Natalie Portman), but instead of receiving normal baby shower gifts, Bilson requested something called "birth beads." Apparently, each guest gave the actress a single bead that would eventually be stranded together into a necklace she'll wear during labor "for strength," as, in addition to the beads, "each person gave her a piece of advice and a blessing."

Which is really sweet and all, except for the fact that it totally sounds like something Summer Roberts would've done while she was dating Che. If your O.C. knowledge is rusty, Che was the weed-smoking, nude-dancing activist (memorably played by Chris Pratt) who lived near Summer in her dorm at Brown, and who was the driving force behind her breakup with Seth during her freshman year at school.

He seduced her with vegan meals and science lab break-ins, and during their time together, Summer was an entirely different person than her normal self. She cared about activism, was into meditation, and — gasp! — halted her obsession with shopping. And if she'd gotten pregnant? You can bet "birth beads" would be the first thing she'd request.

Of course, as all O.C. fans remember, Summer and Che ended when he found his soulmate in his environmentalist jail cellmate after trying to steal a groundhog (it's a long story), and she ended back up with Seth. Still, judging from Bilson's baby shower, it's clear that the stoner's influence lasted long past their failed romance. What'll be next? Breaking into the nursery, protesting store-bought baby clothes? Che may have made sense for Summer at the time, but for Rachel Bilson, let's hope that her days of stealing rodents and getting naked serenades are far, far behind her.